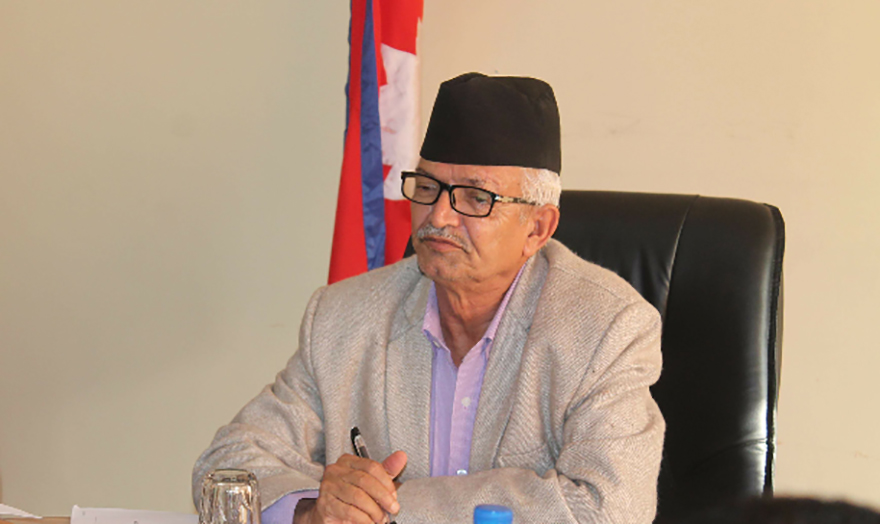 Bagmati Province Chief Minister Dormani Poudel has said the change which is not visible in people's life keeps no meaning. In his address to a special programme organised by the Province government today on the occasion of Democracy Day, the Chief Minister said the change in system which failed to bring any positive change in people's life could not be the cause of building a bright future. "We must try to build the nation on our own and should contribute to meet the aspiration for prosperous Nepal, happy Nepali.''

'' Nepal is rich in means and resources and it remaining as the boulder between two giant countries features a geopolitical sensitivity but again has equally opportunity for achieving prosperity.'' A he said, despite potentiality for better carrier at home, the country continues to witness the exodus of youth force for long.

''The world is moving fast with the maximum utilisation of information and technology and the advance technology has contributed to making people's life simplified and easier. But against this backdrop, the lifestyle of Nepali citizens remains as it is which is not suitable in the present era,'' he added.

According to him, countries like Australia and Canada have been the choice of educated youths and Malaysia and Qatar have been the labour destination of skilled workforce.
''Our youth force contributed to abundance infrastructure development in Qatar and Malaysia but we are just crawling towards development and it is our responsibility to reverse this course,'' he said.

He went on to claim the government had done much as per the people's mandate. Now we have got the position of being presented in the world forum as a sovereign country and we have been liberated from the inferiority complex poor people of a small country.

The Chief Minister said the Federal Government being confined to the major norm of democracy announced the election of the House of Representatives for the fresh people's mandate. ''We obviously may have differing views in regard with the election, but democracy is absolute. ''