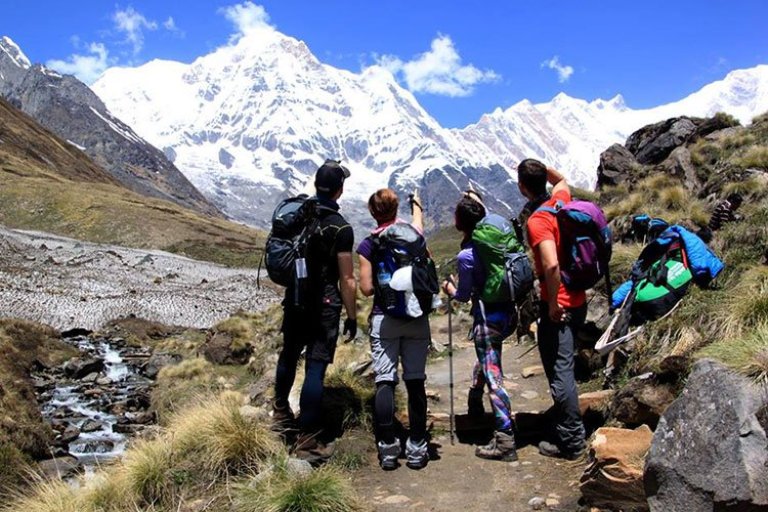 KATHMANDU, July 25: The Nepali government on Sunday announced a number of measures to revive the tourism industry battered by the COVID-19 pandemic, including a plan to declare the years between 2023 and 2033 as Visit Nepal Decade.

Unveiling the Tourism Rehabilitation Action Plan, Jeevan Ram Shrestha, Nepal's minister for culture, tourism and civil aviation, said the government is breaking the tradition of announcing a single year as Visit Nepal Year so as to run a sustained campaign to promote tourism, a major foreign exchange earner and job creator for the country.

As per the action plan, the Visit Nepal Decade is expected to come out within the next three months.

The government plans to attract 1 million foreign tourists in the 2022-23 fiscal year which began in mid-July. "We have not yet set any target for the planned Visit Nepal Decade. We have to do further homework and consultations with the stakeholders," Hom Prasad Luitel, joint secretary at the tourism ministry, told Xinhua.

Nepal received 1.19 million foreign visitors in 2019 and sought to attract 2 million in 2020 when Visit Nepal 2020 was launched, but COVID-19 forced the government to call off the campaign. As the pandemic persisted, the tourism sector fared poorly in 2020 and 2021.

Nepal was reporting more foreign visitor arrivals in 2022 as fewer people were infected. As of June, there were 237,670 foreigners visiting the South Asian country, according to the tourism ministry.

Under the new action plan, Nepal will launch promotion campaigns in China, India and Bangladesh, of them the former two being the largest sources of tourists for Nepal in normal years.

There is a plan as well to promote Nepal as a destination for meetings, conferences and exhibitions and spiritual tourism with packages of yoga, wellness and spa to be offered.

In addition, the ministry is mulling over retirement visas and healthcare facilities for elderly foreigners to stay longer in Nepal. Currently, there is no legal provision of issuing retirement visas in the country. "We will discuss it with the Ministry of Home Affairs which is responsible for visa issuance," said Luitel.

As mountaineering is a key part of Nepal's tourism, the country is planning to open more Himalayan peaks.

Under the action plan, more peaks at 5,800 to 8,000 meters above the sea level will be opened for mountaineering. According to authorities, Nepal has so far opened 414 peaks above 5,700 meters for climbing.

Included in the action plan are other measures like cooperation and coordination with international airlines, GPS tracking system to make trekking and mountaineering safer, multi-lingual helpline support centers for tourists and many more facilities for foreigners who come to Nepal for movie shootings.