At the height of summer with its surfeit of so-called transfer sagas, you would do well to find a player whose next move has fuelled speculation as long as Gareth Bale. 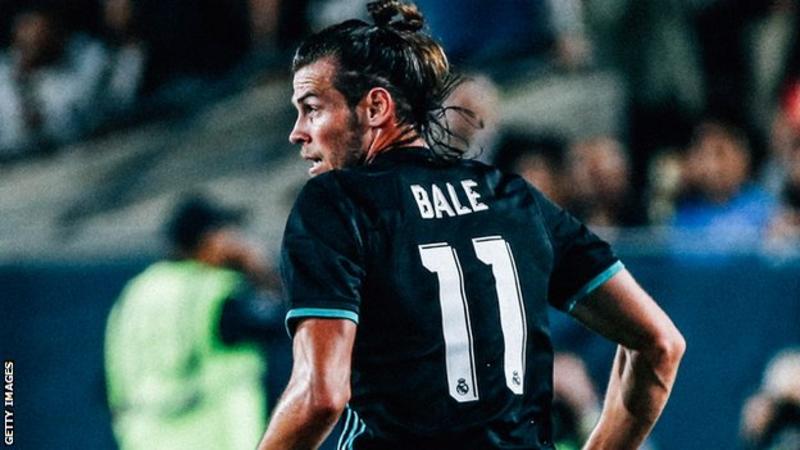 JUNE 27: The Wales captain spent nine trophy-laden years at Real Madrid, yet about half of that time was set to the backdrop of perpetual conjecture about his future.

Even scoring one of the greatest goals in Champions League history did not stem the tides of gossip. Moments after his stunning overhead kick helped Real beat Liverpool in the 2018 final, he said in an interview on the pitch that he would be speaking to his agent to discuss his options.

It was a complicated relationship, Bale and Madrid. There were five Champions League winners' medals, three La Liga titles and more than 100 goals for the 32-year-old, but injuries and inconsistent form - and the subsequent backlash from fans and Spanish media - gradually pushed Bale to the periphery.

With his £600,000-per-week contract expiring at the end of this month, there was no doubt Bale would be leaving Madrid. The only question mark concerned his next destination.

He was linked with a return to Tottenham and, implausible as it may have sounded, his representatives did hold talks with Championship side Cardiff, his home-city club.

Bale's agent cautioned at the time that they were still negotiating with "plenty of other clubs" and, with a move to the United States a long-standing option, they eventually chose Los Angeles FC.

Now the epic decision-making process is over, Bale can look forward to the next - and possibly final - chapter of his glittering club career.

A move to Los Angeles carries obvious attractions, from the Californian lifestyle to the financial rewards of joining an LAFC side flying at the top of the Major League Soccer Western Conference.

Bale has publicly stated he enjoys spending time on the American West Coast, having played there in pre-season competitions and been back on holiday with his family.

And while the Wales forward and his representatives have fielded offers from all parts of the world - he was close to joining Chinese Super League club Jiangsu Suning in 2019 - the MLS has long been earmarked as an ideal destination for the twilight years of his club career.

Bale may no longer be the explosive winger who cost Real Madrid a then world-record fee of £85m in 2013 and went on to terrorise defences across Europe with his searing pace - but he is still capable of producing match-winning moments when they matter most.

He proved as much when he scored two spectacular goals in Wales' World Cup play-off semi-final win over Austria in March, before following it up with the free-kick which led to the only goal in their momentous final victory against Ukraine earlier this month.

Bale did so despite barely featuring for Real Madrid; he had played only 20 minutes for the Spanish and European champions in the three months between those two Wales matches.

That lack of consistent action at club level is something Bale will want to correct at LAFC, where he can expect a more prominent role than he had at the end of his time in Spain.

Bale makes no secret or apology about the most important reason for his desire to play regularly: to be fit for Wales' first World Cup since 1958.

Nothing means more to him than representing his country and, having achieved everything he could with Real Madrid and led Wales to back-to-back European Championships, Bale had targeted a World Cup as his greatest remaining ambition.

Wales' 64-year wait will end when they face the United States in their opening World Cup fixture on 21 November so, until then, the tournament in Qatar will have a bearing on everything Bale does.

That is why LAFC are a good fit. The MLS regular season runs from February to October, followed by the play-offs and the MLS Cup final on 5 November.

As LAFC are top of their conference, they are well placed to reach that final and offer Bale a run of games before the World Cup, with the bonus of a brief period of rest before the US encounter.

If Bale arrives in Qatar in peak physical condition, the move to LA will have been worth it.

Bale's future beyond the World Cup

The World Cup looms so significantly for Bale, there is a risk of forgetting about his future beyond Qatar.

There was speculation that he would have retired had Wales failed to qualify, while Bale himself did not rule out the possibility of retirement after last year's delayed Euro 2020.

It is a subject Wales fans do not want to confront; the conclusion of Bale's career would mark the end of an era for Welsh football.

He has been the icon of Wales' golden generation. From an all-time low of 117th in the world rankings 11 years ago to a historic run to the Euro 2016 semi-finals and now qualification for a third major tournament from four, Wales have become a footballing nation transformed with Bale as their leading light.

The World Cup might seem a natural final act for Bale given all the retirement talk, but he has signed a one-year contract with LAFC, with potential for an extension.

That would raise the possibility of Bale staying around until Euro 2024, a tantalising prospect for Wales and not unrealistic when you consider he would be 34 years old when the tournament starts in Germany.

For now, that can wait. Bale and Wales have a World Cup to consider first, and LAFC can look forward to having a generational talent join their ranks for the rest of this season.

The first match Bale will be eligible to play in will be next month's Los Angeles derby against LA Galaxy, once the MLS transfer window opens on 7 July.

The man who once lit up El Clasico could be about to do the same for El Trafico.