Nepal sets target of 137 runs for Zimbabwe ‘A’ to win 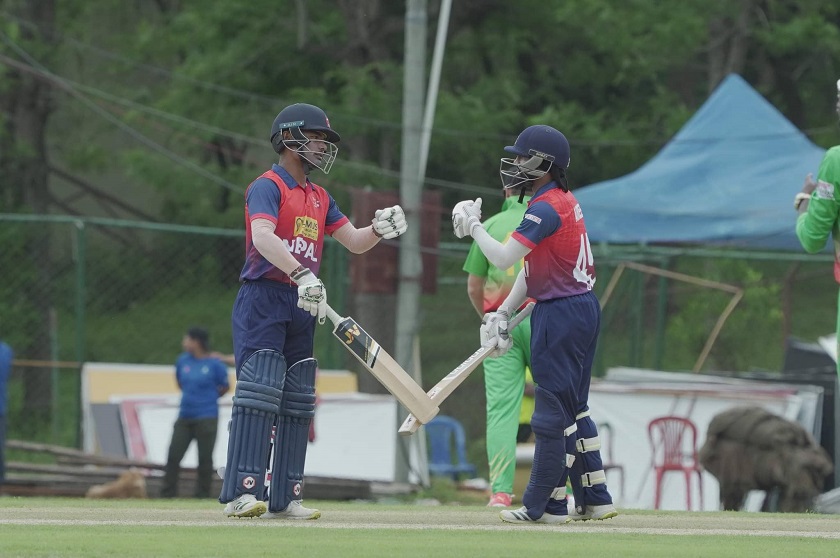 KATHMANDU, May 6: Getting an invitation to bat first, Nepal has set a target of 137 runs for Zimbabwe ‘A’ to win the first match of the One Day International (ODI) 'Practise' Series on Friday.

Winning the toss, Zimbabwe ‘A’ had opted to bowl first in the first match.

In the match being played at the Tribhuvan University Cricket Ground in the capital, Nepal lost all its wickets in 31.3 overs and scored 137 runs.

Earlier, these two countries also faced off in a T20 series. Of the three matches played, both the Nepal and  Zimbabwe ‘A’ had won one match each while one was postponed due to bad weather conditions.