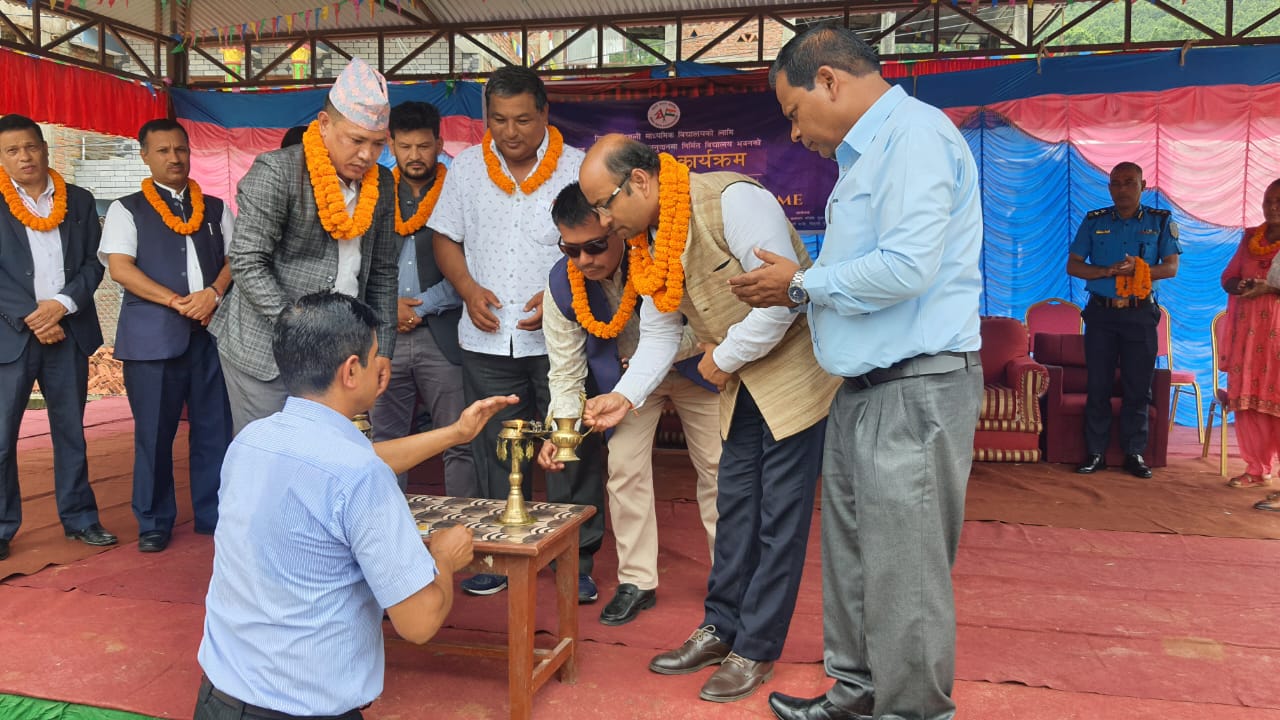 The Inauguration  was followed by transfer of assets  from DCC to Bidur Municipality.

The project was undertaken with the grant assistance from the government of India at the cost of Rs 25.00 million under India-Nepal Development Cooperation in the Education Sector as a Community Development Project.

Shree Tribhuvan Trishuli Secondary School was established in 1951 and was designed by K.I.Singh, an Indian engineer who had visited Nepal for the Trishuli Hydro Electric Project.

The school has over 1,343 students, about 60% of whom are girls. The new infrastructure will provide an improved environment for students seeking better education. The project is testimony to the long-standing Nepal-India cooperation.

Since 2003, India has taken up over 527 High Impact Community Development Projects (HICDPs) in Nepal and has completed 470 projects in  the areas of health, education, drinking water, connectivity, sanitation and creation of other public utilities across all 7 provinces of Nepal  at the grassroots level. Out of this, 103 HICDPs are in Bagmati Pradesh, including 7 projects in Nuwakot District.

India and Nepal enjoy multi-faceted and multi-sectoral development partnership that is reflective of the closeness of the people of both countries. The implementation of this school project reflects the continued support of the Government of India in complementing the efforts of the Government of Nepal to create infrastructure in priority sectors like education.