Q. Last Friday, on June 21, Nepal and Bangladesh had one important agreement. As per the agreement, Bangladesh will purchase electricity generated in Nepal in US dollar which was proposed by Bangladesh in 2014 itself. How significant is this agreement?

A. On 21st June, no agreement was signed. Actually, MOU was  signed between the state minister for Energy of Bangladesh and  Minister for Power and Water Resources of Nepal august last year. This was MOU for cooperation in the power and energy sector. Under that agreement or MOU the two sides have set a mechanism for Joint Working Committee and Joint Steering Committee, which is at the level of Joint Secretaries and the Secretaries of related ministers, empowered to explore the way of power trade between Bangladesh and Nepal can take place.

Bangladesh has expressed for a long time that ... since we are an energy deficit country because of our high economic growth rate ,  even now we are producing around 20,000 Megawatt(Mw) and it is estimated that by 2040 AD our energy requirement will be more than 40,000 Mw.

We need to meet this through various sources and Nepal is one of them. We are already importing from India, we are considering to import from Bhutan as well as Nepal.

We want to import around 9000 Mw and as Nepal has so much high potential in the hydro sector we think we will be a win-win situation. So, it is very significant that secretaries of both countries had met in last September in Nepal . Meeting of June 21 was a second meeting where more details were discussed to enable the power trade.

2.Are you planning to import 9000 Mw from exclusively from Nepal ?

It is up to India to decide whether they will agree or not but so far the regional mechanism ,that now stands, allow power trade to take place between Bangladesh and Nepal .It could be made via India using the Indian grid also. But we need to work on the mechanisms that's why secretaries are meeting. Various mechanisms are there. Technicality would not stand in the way of trade to take place. In BIMSTEC that was held here, the BIMSTEC countries have signed the power agreement and also under SAARC, various mechanisms are there, this would be the case for the power trade.

Right now Nepal has no capability to meet its own need. Once Nepal is energy self-sufficient then it will depend on how soon the country is in the position to supply the energy.

4.How do Bangladesh wants to buy electricity ? Is it considering to built its own hydropower plant of its own investment or wants to buy from the project owned by Nepali government or private investors?

We are open to everything. We have said many times and our minister has also said it clearly. We can invest more than a billion dollars in the Nepalese hydropower sector.

Our private sector is also interested. We are willing to go for joint ventures. We can just directly purchase from Nepal or we can go for quity share.

We are flexible. So we do not have any fixed idea on how we would do it. We are open to anything that is beneficial for both the countries.

We need the electricity supply from where it is cheap, efficient and most important it has to be environmental friendly or eco-friendly. We are moving from carbon based electricity to clean energy or renewable energy.

There is no sector identified, it could be for anything. Soon our total demand is going to be around 40,000 . So it can be industry definitely or any sector that consume electricity.

4. Do you believe that the use of electricity will reduce the dependency on the fuel energy and ultimately will bring industrial revolution along with the economic revolution?

Economic revolution is already taking place in Bangladesh as the fastest growing country in Asia. Our GDP growth is more than 8 percent and we have already graduated from an LDC in middle income country. So economic transformation is already taking place and it has reached a point where it will only grow faster. It has been identified by IMF that Bangladesh will be among 11 countries and all the indicators point the same.

Energy is required to keep this momentum of the growth in the place. Without energy,  industries that are our strong manufacturing base will not be able to function. Beside per capita income of people of Bangladesh has reached 1800 US dollar , which is increasing personal consumption of electricity. So all this factor will keep increasing the demand.

The other programs, that we are receiving applications from Nepali students are engineering, pharmacy, business, agriculture, IT and others. One fourth of applications are of different subjects. We provides quality education in all subjects so, it depends on the Nepali students to decide their career and where they want to pursue their education.

Bangladesh is offering 36 quota per year to Nepali students in the governmental colleges and students must have scored 90 percent in their high school to achieve the scholarship. At the same time student should be very smart to select the university. All the colleges may not be of same quality so the parents and students should be both careful while choosing the university. The students must not consult the consultancies, instead they should come to the embassy to seek proper guidance and get the help.
The country is just an hour flight away, so the students and parents must go and see the condition of the university and even talk to the students over there before investing on children future.

6. Time and again, strikes and protests are being called in Bangladesh. And we heard about political instability of the Country. Can one say that the education environment is suitable in Bangladesh?

Some movements are obvious part of Democracy.
We get students from 22 countries including central Asia, other SAARC countries, south East Asia, Africa. There is the safe and secure environment to study in Bangladesh.

7.Bangladesh provides scholarships to Nepali students to pursue higher education. In which programs are student provided scholarships? And what are the criteria for it?

It is under SAARC preferential where student pay as much as local students. From Nepal, 30 students get this opportunity and for this the only criteria is that they have to be a good student. Though this program was started from 1976 AD, four years after our independence, the student is going Bangladesh since 1960s also.

8. Nepal and Bangladesh officially tied bilateral relationship in 1972. Since then Nepal is exporting lentils, cardamom, handicrafts and cashmere where as Bangladesh exports electronic items, garments etc. How do you see the economic relation between two countries and what are the potential?

The bilateral trade between Nepal and Bangladesh is very far below the potential. Bangladesh wants to follow the bigger market like EU, USA etc rather than focusing on the smaller market. We export things like electronics, furniture, plastic wares,garments, etcand similarly Nepal can export things like tea, coffee, herbals, gems, jewelries, etc to Bangladesh.

9. How can both country work together for the tourism development and exchange programs? Where can Nepali go to visit in Bangladesh? How do people in Bangladesh think about Nepal?

Bangladesh is just an hour flight from here. We have Cox's bazar, which is the longest sandy beach in the world . There are rivers, mango forests, tea gardens and many more which are the sources of attraction in Bangladesh. But, not so many Nepali visit there. Where as many Bangladeshi comes to Nepal. Last year 35,000 tourists came to Nepal. Himalayas are great source of attraction of Nepal. Kanchenjunga is seen from Bangladesh and when they can come here and they want to see it from close. They are delighted to do so. The other way to boost the tourism is to have the direct bus service in the eastern part of the country. Pokhara is the main destination for Bangladeshi right now.

We should focus mostly on trade as it can help our economies. Power sector is a very important area of cooperation. Similarly education, tourism and climate change are also important areas to be focused on.

The Himalayas has direct effect on Bangladesh because the melting of the snow will increase the sea levels. Because of the 15 percent of our country will be flooded. We need to cooperate in the climate change.

Nepal and Bangladesh are both vulnerable countries in terms of the climate change because both will get affected so it is a matter of urgency for the both countries to work together. There are many multi lateral forums where we should be cooperating and we should be having common points and talk to other nations. 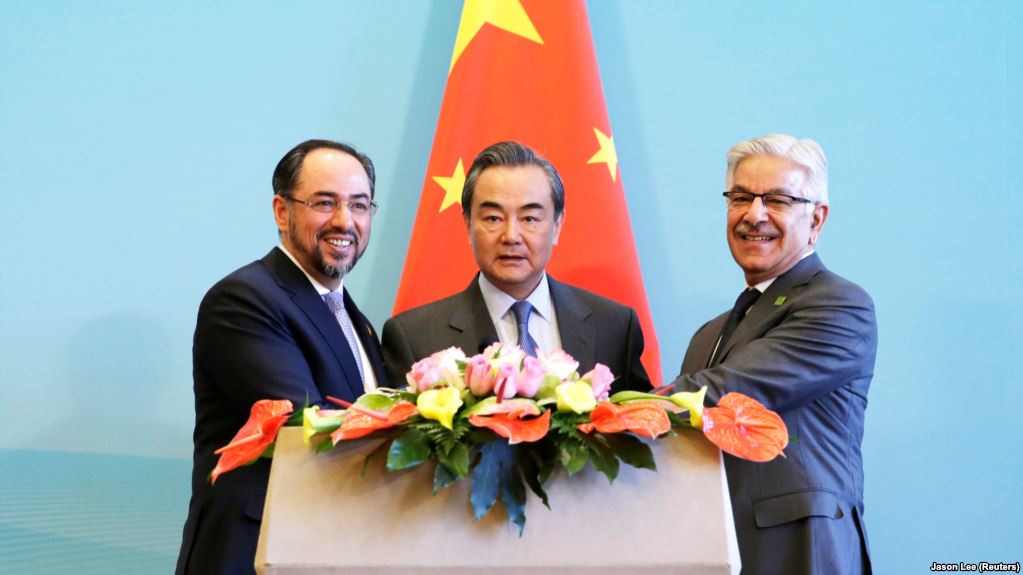 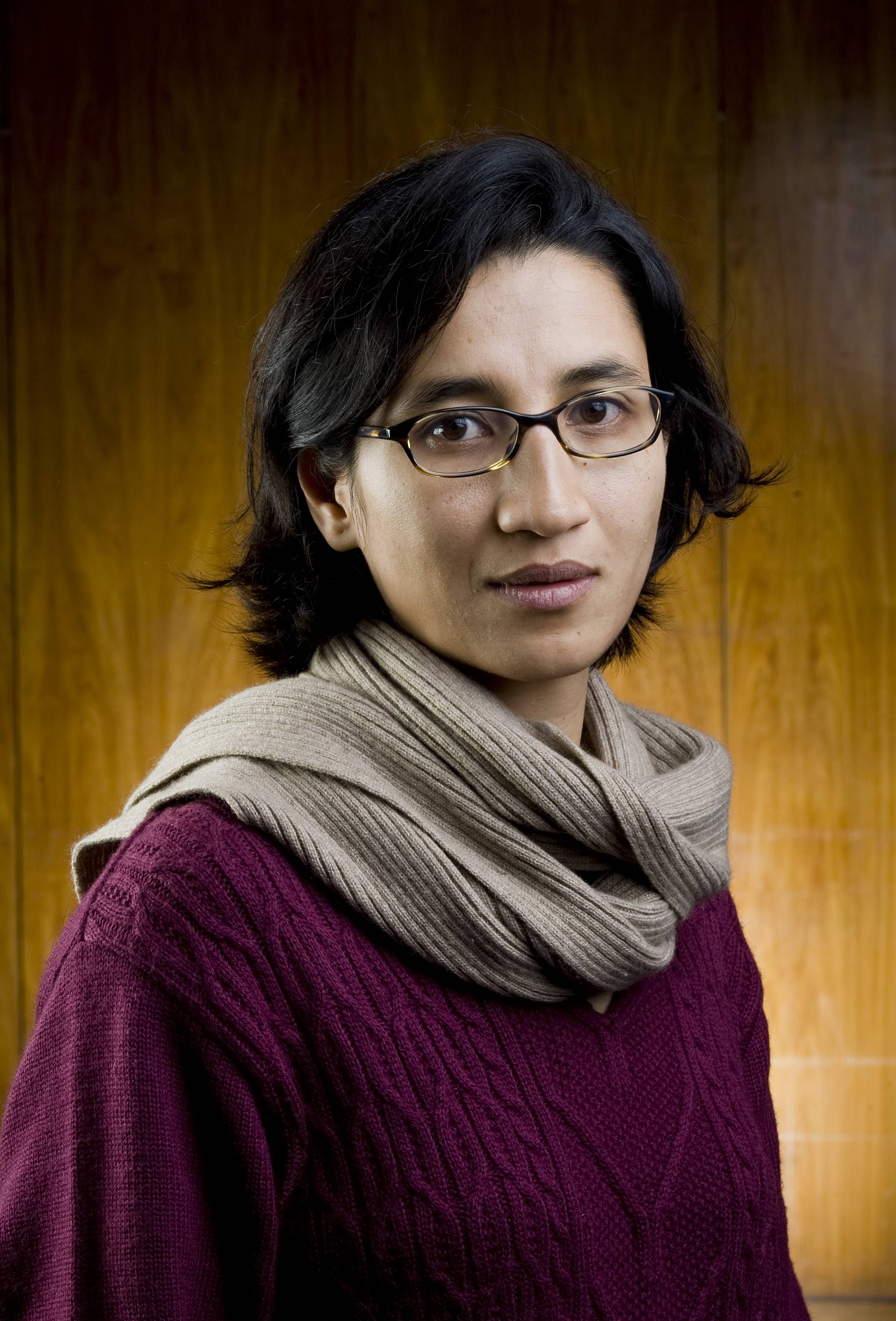 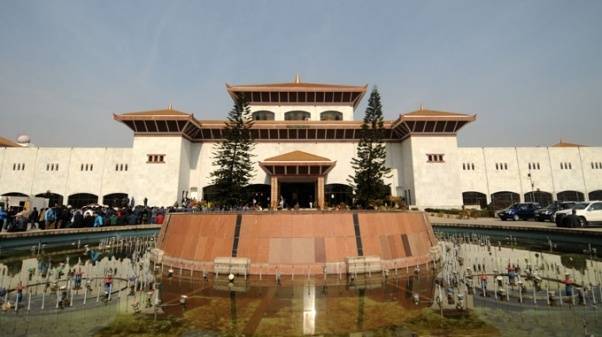 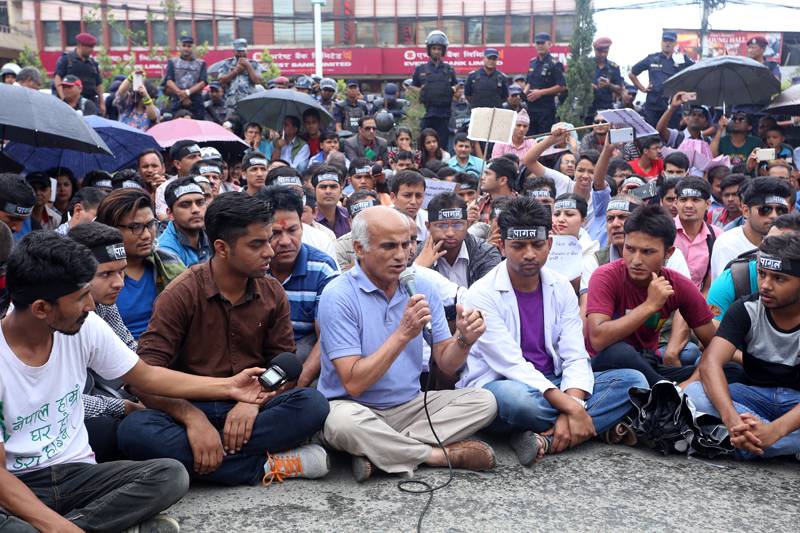