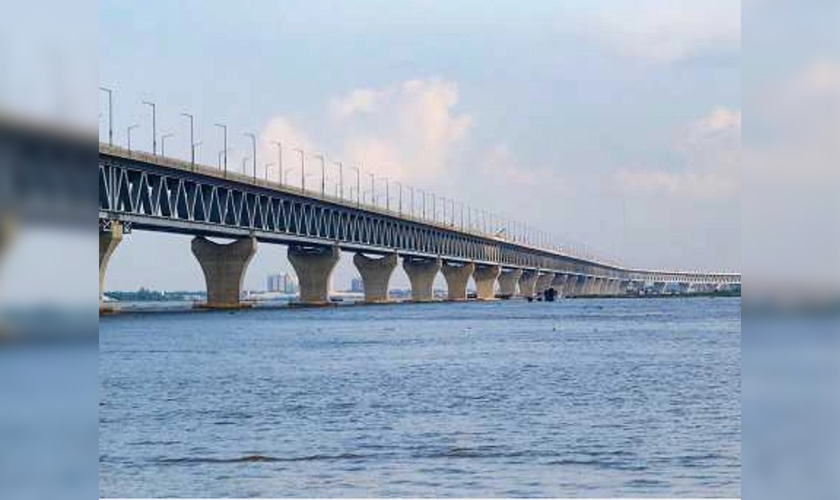 DHAKA, June 26: The Padma Bridge built by a Chinese enterprise held an opening ceremony here on Saturday in Bangladesh.

In her inauguration ceremony speech, Prime Minister Sheikh Hasina said that after the launch of the bridge, it will become an important transportation junction to establish direct communication between the capital Dhaka and 21 districts in the southern part of the country by road and rail.

New economic zones and high-tech parks will be built centering on the bridge. As a result, domestic and foreign investment will be attracted and the pace of industrialization of the country will be accelerated, the prime minister said.

The Padma Bridge is a major part of the Asian Highway Network, thus contributing greatly to regional trade, she said.

The Padma Bridge is located about 40 kilometers southwest of Dhaka, with a total length of 9.8 kilometers, and of that, the main bridge is 6.15 kilometers long.

The project was undertaken by China Railway Major Bridge Engineering Group Co, Ltd, setting a record for the largest overseas bridge construction by a Chinese enterprise.