KATHMANDU, May 5:  The Supreme Court on March 7 invalidated the erstwhile Nepal Communist Party (NCP), which was formed after a merger between the CPN-UML and CPN (Maoist Center). Responding to the writ petition registered by Rishi Kattel, the apex court also revived the two parties, scrapping their merger deal.

Prime Minister KP Sharma Oli should have taken a vote of confidence of the House of Representatives immediately after March 7 after the erstwhile ruling NCP was no longer in existence. However, he did not consider seeking the confidence of the lower house of parliament.

However, President Bidya Devi Bhandari summed the special session of parliament for May 7 at the recommendation of the Council of Minister. The President's office stated that the House session was called as per the Article 93 (1) of the Constitution of Nepal as 'the prime minister considers it necessary to show that he has confidence from the House of Representatives as per the Article 100 (1).’

PM Oli is trying to garner a majority of votes in favor of him and win the trust of the originally 275-member HoR at a time when the country is ravaging with the deadlier second wave of the coronavirus disease and the budget session of the House is to be summoned at the earlier to discuss on the government’s policies and programs and annual budget and endorse before May 19 (Jestha 15), as mentioned in the Constitution of Nepal.

Oli’s announcement to seek parliament’s confidence has sent ripples in domestic politics. Why does Prime Minister Oli want to take a vote of confidence in the House of Representatives at this time? Is he trying to keep the government intact by getting a majority in his favor or is he looking for an excuse to dissolve parliament again and go to the snap polls? This is a psychological question, not based on mathematics. What we are discussing here is basically related to mathematics.

1.  Securing a majority by splitting the JSP

Ruling CPN-UML has a total of 121 lawmakers, which means 15 votes short of securing majority votes and winning the vote of confidence. In this situation, Oli will try to convince a faction of the Janata Samajbadi Party (JSP) close to Mahantha Thakur and Rajendra Mahato and save his position.

If Prime Minister Oli does not receive a vote of confidence, he will automatically be relieved of his position. However, as in the case of Lumbini, it is clear that Oli will be re-appointed as prime minister within a few hours as the parliamentary leader of the largest party in parliament.

The UML may hold a meeting of the parliamentary party and present its claim to the president in forming a new government under its leadership as per Article 76 (3) of the constitution. This has been ‘gloriously’ rehearsed in Lumbini Province.

3. Sacking or convincing lawmakers close to the party’s Nepal faction

What will happen if KP Oli takes action and suspends 30 MPs close to the Madhav Nepal-faction in the party before May 12? Or, if the MPs of Madhav's party resign en masse, what will be the result of the Oli-mathematics that day? The possibility of such plot-twist cannot be ruled out.

4.Dissolution of parliament and midterm elections!

If Prime Minister Oli does not receive a vote of confidence, will however get a chance to become prime minister again as the leader of the largest party. He will have another one month to form new equations and garner a majority of votes by a hook or crook.

play a game of splitting the other parties or reducing the pressure, buying and gaining a majority in his favor by June 27 or a majority in the opposition.

After losing the trust of the parliament again on June 10, he can’t recommend to the president for the dissolution of parliament as the Article 76 (3) don't allow him to go for that move.  Eventually, even if Prime Minister Oli wins or loses on May 10, the government under his leadership seems afloat.

The Supreme Court's February 23 precedent and the provisions in the constitution do not allow Oli to dissolve parliament all of a sudden. However, analysts fear that he could still dissolve parliament and call a midterm election without fulfilling the process mentioned in the Article 76

Click here to read the full version of this news story.

What is there in Article 76?

76. Constitution of Council of Ministers:

1) The President shall appoint the leader

of a parliamentary party that commands majority in the House of Representatives as the Prime Minister, and the Council of Ministers shall be constituted under his or her chairpersonship.

(4) The Prime Minister appointed under clause (2) or (3) shall obtain a vote of confidence from the House of Representatives no later than thirty days after the date of such appointment. 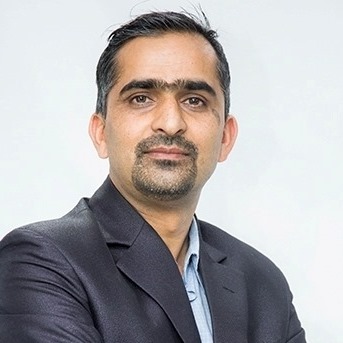