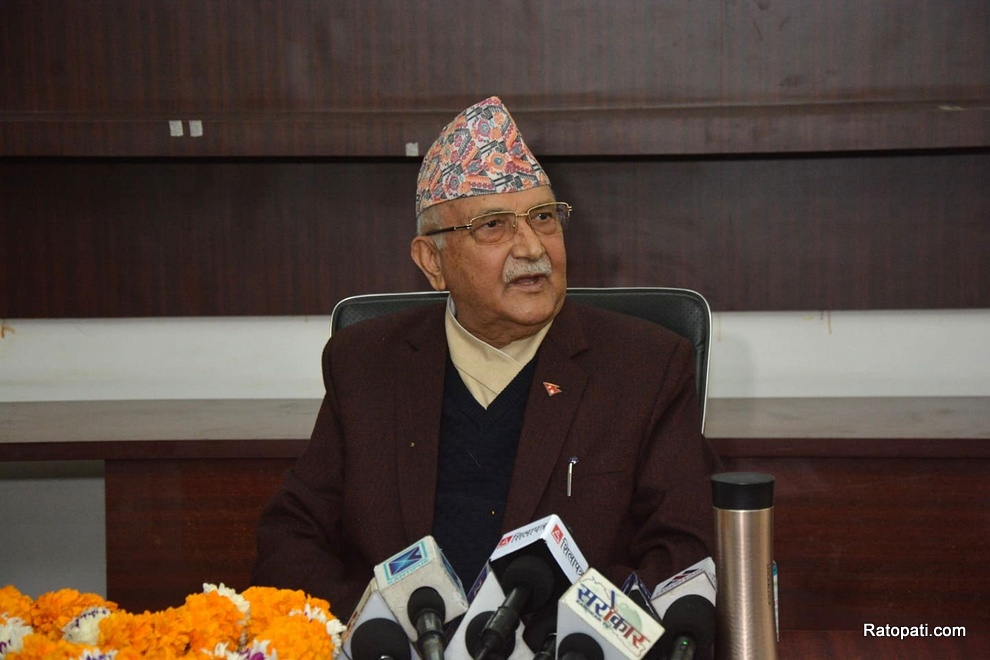 KATHMANDU, Jan 23: The chairman of the main opposition party, CPN-UML, is scheduled to organize a press conference on Sunday.

The press meet will be organized at 1 PM at the Thapathali-based party’s headquarters, Kathmandu, according to Bishma Raj Adhikari, secretary at the party office.

“Oli will be addressing the current political situation of the country,” added Adhikari. “Besides the press meet will be focused on the upcoming local election and National Assembly by-poll.”

The party has been raising questions regarding the government’s negligence over the Election Commission’s recommendation to announce the date of the local level election by Friday.

Meanwhile, the ruling alliance has been discussing holding all elections of all three tiers of government together in November/ December.

Also, the main opposition party, UML, has also accused Prime Minister Sher Bahadur Deuba of falsely making claims over the progress made in the country by the erstwhile UML government in his recent address to the nation.