China will apologize. We ( NC and I) will prove the allegations wrong: Jeevan Bahadur Shahi 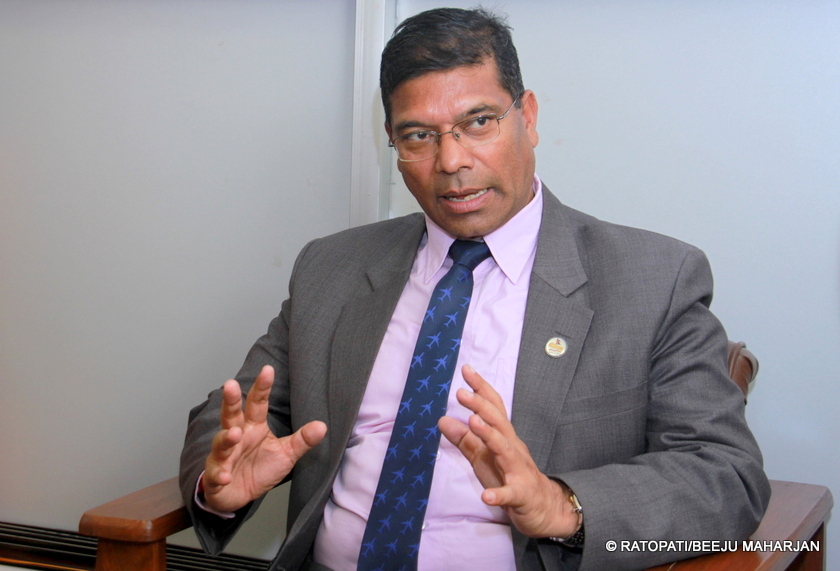 KATHMANDU: Jeevan Bahadur Shahi is not a new name whenever the Nepal-China border dispute is brought into light. Shahi is a member of Karnali Province Assembly elected from the Nepali Congress (NC). He has been accusing China of encroaching Nepali territory in Humla. Recently, the government led by Prime Minister Sher Bahadur Deuba has formed a committee to investigate the case.

Shahi has welcomed the government’s move and clarified that he is neither supporting India nor China. “I have raised these border issues with China not to ruin our diplomatic ties but to make it even more stronger.”

Here is an interview taken by Ratopati with Shahi to highlight how the committee formed to probe the border dispute with China functions:

On Wednesday, a cabinet meeting formed a probe committee to investigate the border disputes with China in Humla. What do you have to say about it?

However, China has raised serious allegations upon the Nepali Congress and me. The government has now formed a probe committee and I am hopeful that the truth will be unveiled soon.

In your view, how should the committee function?

The committee must conduct an investigation including the representatives of local government, people,  local administrations and our neighbour must also do the same.

It is said that the border dispute in Hilsa has already been solved. Isn’t that true? And, people have been saying that the committee has been formed to ruin the diplomatic ties with China. What do you have to say about this?

No. There is no reason for me and the government to ruin our relationship with China. And, I am also not supporting our southern neighbor. China is my neighbor. We share our border with them.  I have raised these border issues with China not to ruin our diplomatic ties but to make it even stronger.

Both the countries should reach an agreement to reinstate border pillars. Besides, no one can encroach on another's territory, be it a small or large country. We have photographs to prove that China has encroached our lands. Investigations into these kinds of issues help to make our diplomatic ties with other countries stronger.

What do you have to say about the relationship between Nepali Congress and China? In recent days, it does not seem smooth. How will the government respond?

Similarly, the Nepali Congress will pursue foreign policy as per the principles of the Panchsheel. Both China and India are friendly nations.

Do you believe that the probe committee will solve this border issue? What are your roles?

I have all kinds of documents required for the probe committee for investigation. Besides, we will take support from the people’s representatives. The probe committee may conduct hearings regarding the cases similar to that of hearings conducted in courts. This will gradually solve the issue and find the truth behind it. I believe that the issue will be solved and there will be full support from me.

We have a coalition government. However, the agenda seems to be of NC’s interest?

However, local representatives elected from Humla maintain that the Nepali territory has not been encroached by China. Why is there a difference between people's representatives of Humla?

Besides, China has captured the road once built under my leadership. How could I remain a mute spectator? I have also submitted a report in this regard. So, all the misunderstanding, doubts and questions will be clear after the investigation.

Earlier, you had said that you are facing security threats while talking about these issues. What do you think won’t you be in the same position again?

I have not encountered such threats this time recently. I have no idea how it is going to be after the investigation team arrives. It is true that I faced security threats in the past days. I was even called an American agent, NC was termed a pro-Indian party.

The Investigation will make the Chinese government realize their mistake and will prove that I was always right. Or could go sideways. I may get proven wrong.

What about allegations made by China to you and the Nepali Congress?