Bagmati Provincial Assembly: Everything you need to know

KATHMANDU, Jan 25: As many as eight ministers were appointed in the Bagmati Provincial Assembly and assumed their offices on Wednesday.
Among the newly appointed ministers, three are of CPN (Maoist Center, three of CPN-UML and two of Rastriya Prajatantra Party.
With this, the ruling CPN (Maoist Center) now has four ministers in the Provincial Assembly including the Chief Minister along with four of CPN-UML and three of Rastriya Prajatantra Party. 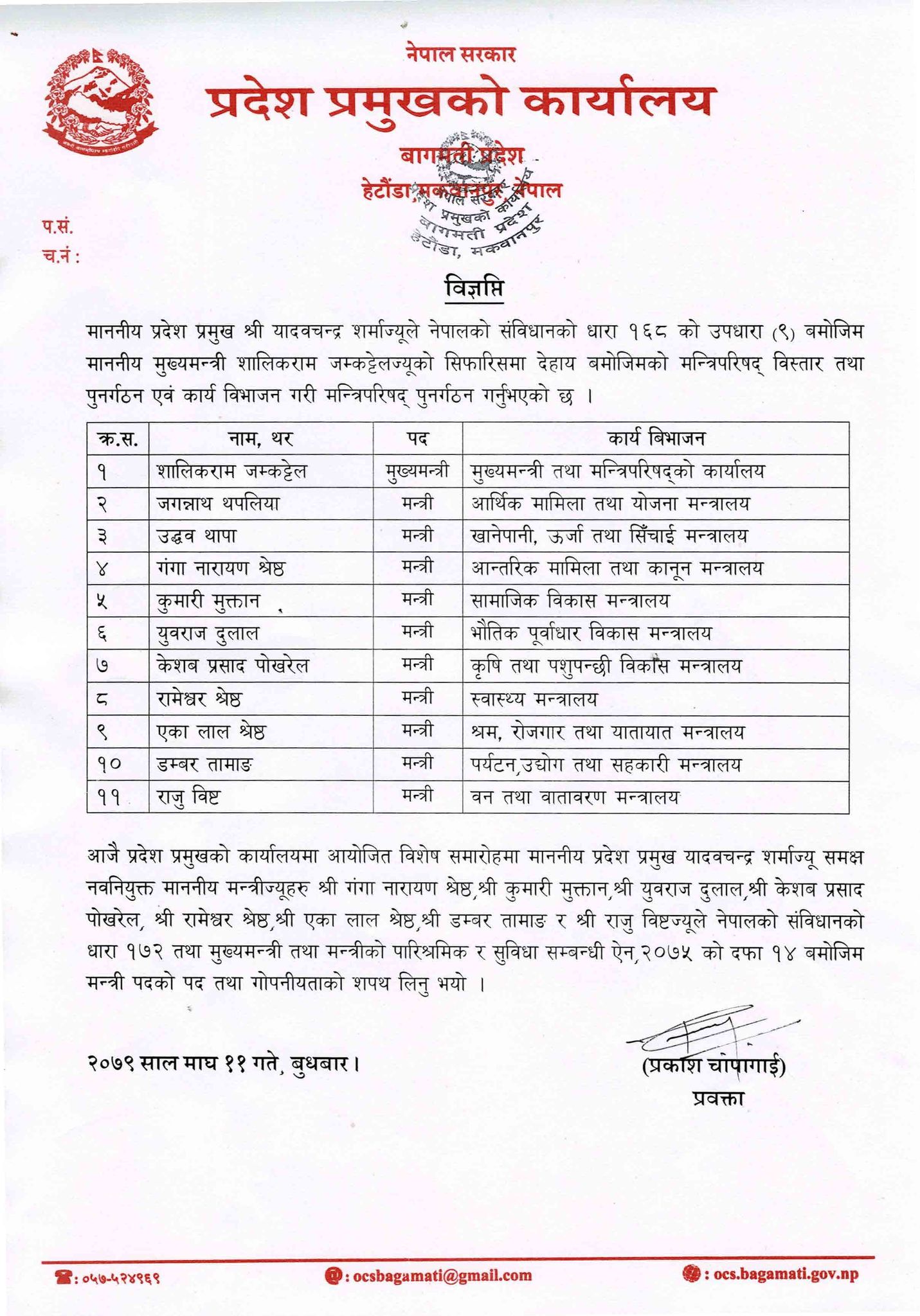 KATHMANDU, Feb. 4: The election of the Vice Chairperson of the National Assembly was discussed...