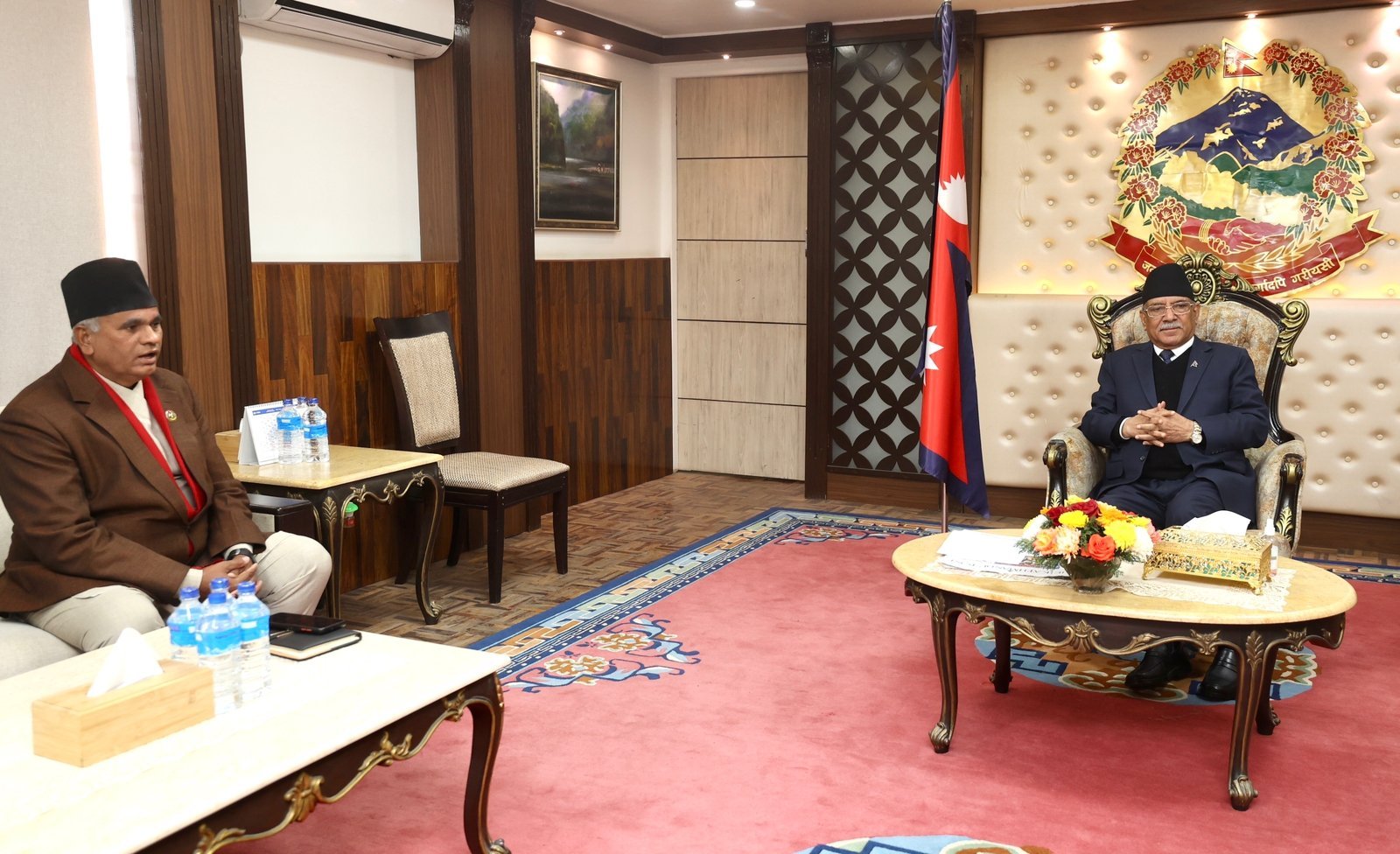 KATHMANDU, Jan. 23: Prime Minister Pushpa Kamal Dahal "Prachanda" has said that he has already proposed to reduce the number of ministries in the provinces and reduce the expenses, and accordingly the number of ministries has been reduced in some provinces. The prime minister said this in a discussion with a team of ministers, parliamentarians, and leaders of the province under the leadership of Sudurpaschim Chief Minister Rajendrasingh Rawal on Monday morning in Baluwatar.
The Prime Minister said, "Provinces are autonomous levels in themselves. How they should work is clear in the constitution itself. The Center should not interfere unnecessarily, nor do we. However, we are aware of public complaints that due to the bad structure of the province, administrative expenses have increased and financial governance has not been maintained. However, it is necessary to make it transparent and frugal."
The Prime Minister added, "I have proposed the meeting of the ruling partner parties to make the province agile and maintain financial governance. All the leaders including UML President Mr. KP Sharma Oli have agreed to that. We have decided to make only 10 percent of the number of MPs in the state ministers. Accordingly, some provinces have reduced the number of ministries. It will maintain financial discipline and good governance, and complaints of the people towards the province will be addressed."
The Prime Minister said that the provinces should compete in the maximum mobilization of policy and local resources. He said, "We have immense resources and potential. However, the state of dependence of the provinces on the center should be ended. For that, provinces should compete for policy management, good governance, agile management, and maximum utilization and mobilization of local resources. We must be serious about the culture of leading at the central level after doing well in the provinces.''
The Prime Minister said that he will soon go out for an on-site inspection of projects of national pride and other big plans. He claimed that it is the only way to achieve priority of social justice, good governance and prosperity, so he will make necessary preparations for that.

KATHMANDU, Jan. 22: The CPN-Maoist Center has called a Central Committee meeting on January 29....