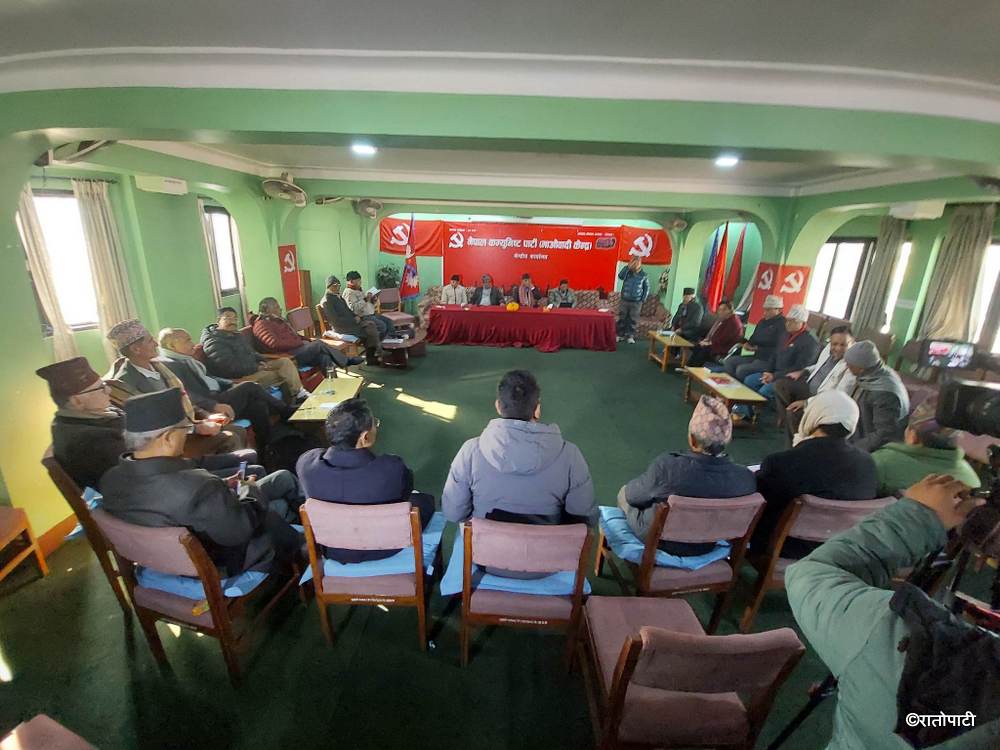 KATHMANDU, Jan. 22: The CPN-Maoist Center has called a Central Committee meeting on January 29. A central committee meeting has been called to discuss the latest political situation and unification with the Nepal Samajwadi Party led by Dr. Baburam Bhattarai.
According to the party's General Secretary Dev Prasad Gurung, a standing committee meeting will be held before that on January 25. The reports prepared by the working groups of both parties will be approved by the Central Committee after the initial discussion. For this, a working group meeting of both parties was held on Saturday. Both parties have agreed to unification.