Committee formed by government to divide the ranks 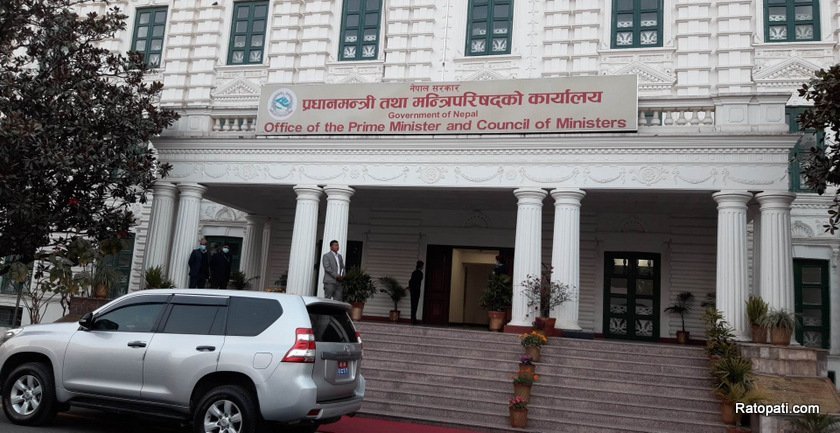 KATHMANDU, Jan. 18: The government has appointed Dr. Devraj Adhikari as the chairman of the University Grants Commission. A minister informed that the officer was appointed by the cabinet meeting held at Singha Darbar on Wednesday. Similarly, the government has transferred the Secretary of the Ministry of Physical Infrastructures and Transport to Energy and the Secretary of Energy to the Ministry of Physical Affairs. The meeting has also formed a study committee on appropriation.
Likewise, Information and Communication Minister Rekha Sharma has got the responsibility of the government spokesperson. Sharma has gotten the responsibility of the spokesperson of the government with the decision of the Council of Ministers in the meeting held. Sharma got the responsibility of Minister of Communications after Prime Minister Pushpa Kamal Dahal 'Prachanda' expanded the cabinet.
PM Dahal discussed the operation of the crusher industry in the first meeting held after expanding the cabinet on Tuesday, but a decision hasn't been reached yet.