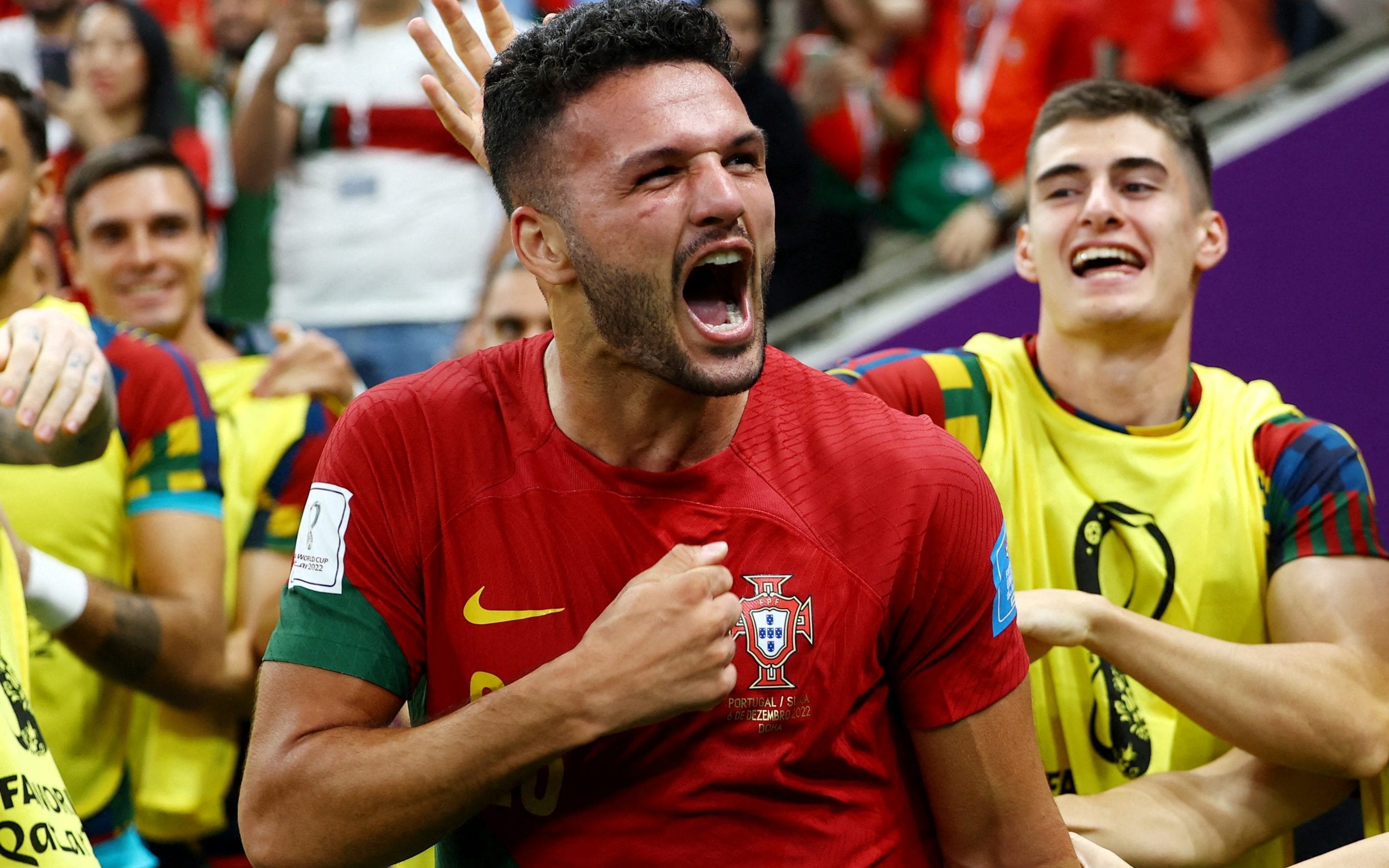 DOHA, Dec. 7: Morocco and Portugal will meet in the World Cup quarterfinals after winning their respective round of 16 matches against Spain and Switzerland on Tuesday.

Morocco made it to the last eight for the first time by knocking the former champions out on penalties at the Education City Stadium in Doha.

After a goalless draw in the regular and extra times, Spain substitute Pablo Sarabia stood up for the first penalty kick but his attempt hit the right post.

Goalkeeper Bono then saved Spain's second and third spot kicks from Carlos Soler and Sergio Busquets to allow Achraf Hakimi to put Morocco through by chipping his penalty down the middle.

Morocco had defended bravely against Spain who had over 75 percent of the ball but failed to have a shot on target in open play, proving that although potency without control is nothing, control without potency also has its limits.

"The players were tremendous, with their energy and determination, They were very determined to defend against one of the best teams in the world in keeping the ball," Morocco coach Walid Regragui said.

"We wanted to win in normal time, but we knew we had one of the best keepers in the world (Bono) and we were confident.

"We are a family and a team and we had great support," said the coach, who highlighted the depth of his dugout.

Spain controlled over 75 percent of the ball in the game, but failed to get a shot on target from open play in 120 minutes, with their only efforts on target coming from set pieces.

"I am very happy with the players I have, I will stand with them to the death. I selected them and I congratulate them for the way they have behaved and for their World Cup," said Enrique.

In Lusail, Goncalo Ramos scored the first hat-trick of the tournament as Portugal progressed with an emphatic 6-1 victory over Switzerland.

Making his first international start, the 21-year-old Ramos opened the scoring in the 17th minute before Pepe doubled the lead with a thumping header. Ramos struck again just after halftime and Raphael Guerreiro made it 4-0 by finishing off a brilliantly worked team goal.

Switzerland pulled a goal back in the 58th minute through a Manuel Akanji strike but the respite was short-lived. Not satisfied with his brace, Ramos dinked home Portugal's fifth goal before substitute Rafael Leao completed the rout in stoppage time.

"We played well and it gives a lot of confidence," Portugal boss Fernando Santos said. "But I told the players not to be too excited and euphoric. We have to be careful not to have too much fun because you can make things more complicated. I don't think that happened tonight and I don't want it to."