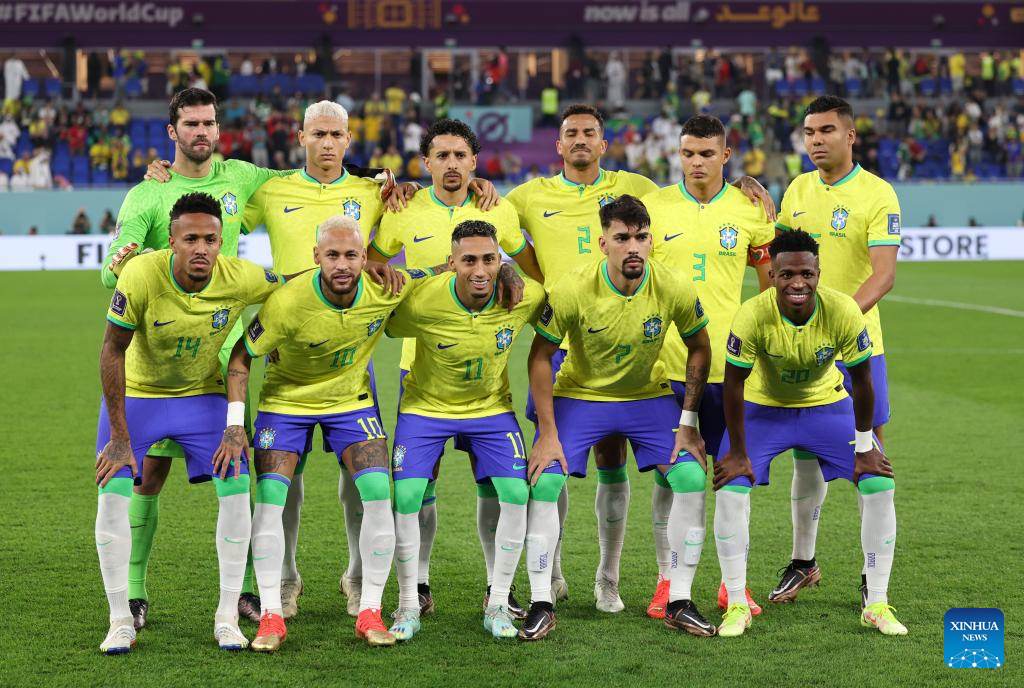 DOHA, Dec. 6: Brazil will face Croatia in the quarterfinals of Qatar World Cup after both sides took very different routes to the last-8.

While Croatia needed the drama of a penalty shootout against Japan, Brazil cruised past South Korea 4-1.

Vinicius Jr opened the scoring in the seventh minute with a flick into the top corner and Neymar, back in the side after his ankle injury, added the second from the penalty spot.

Richarlison started the move which ended with him netting Brazil's third in the 29th minute and with South Korea reeling, Lucas Paquetta ran onto Raphinha's pass to slam home the fourth six minutes later.

It is the first time for a team to net four goals in the first half in the World Cup knockout stage since Germany did it to Brazil in the semifinal of Brazil 2014.

The second half was bound to be an anti-climax after that, although South Korea's substitute Paik Seungho sent a bullet half volley home with 15 minutes remaining,

In the day's first match, Croatian keeper Dominik Livakovic was the hero with three saves in the penalty shootout as his side knocked Japan out after a 1-1 regular time and goalless extra time.

Livakovic saved the penalties from Takumi Minamino, Kauru Mitoma and Maya Yoshida to send Croatia into a quarterfinal tie with Brazil, while Japan have now failed to get past the last-16 four times.

Japan opened the lead in the 43rd mute with Diazen Maedo firing home from close-range after a well-worked corner.

Ivan Peresic's 55th header from Dejan Lovren's excellent cross allowed Croatia to level. But despite the match threatening to open up, neither side failed to score more in the regular time and the extra time.

It was the seventh extra time Croatia played in the knockout stage of a World Cup.

In the penalty shootout, Croatia won 3-1.

Croatia had won two penalty shootouts on their way to the Russia 2018 final.