“I will always do my best to promote Nepal”

Chaudhary was arrested for the crime of counterfeit currency and served a one-year jail term. 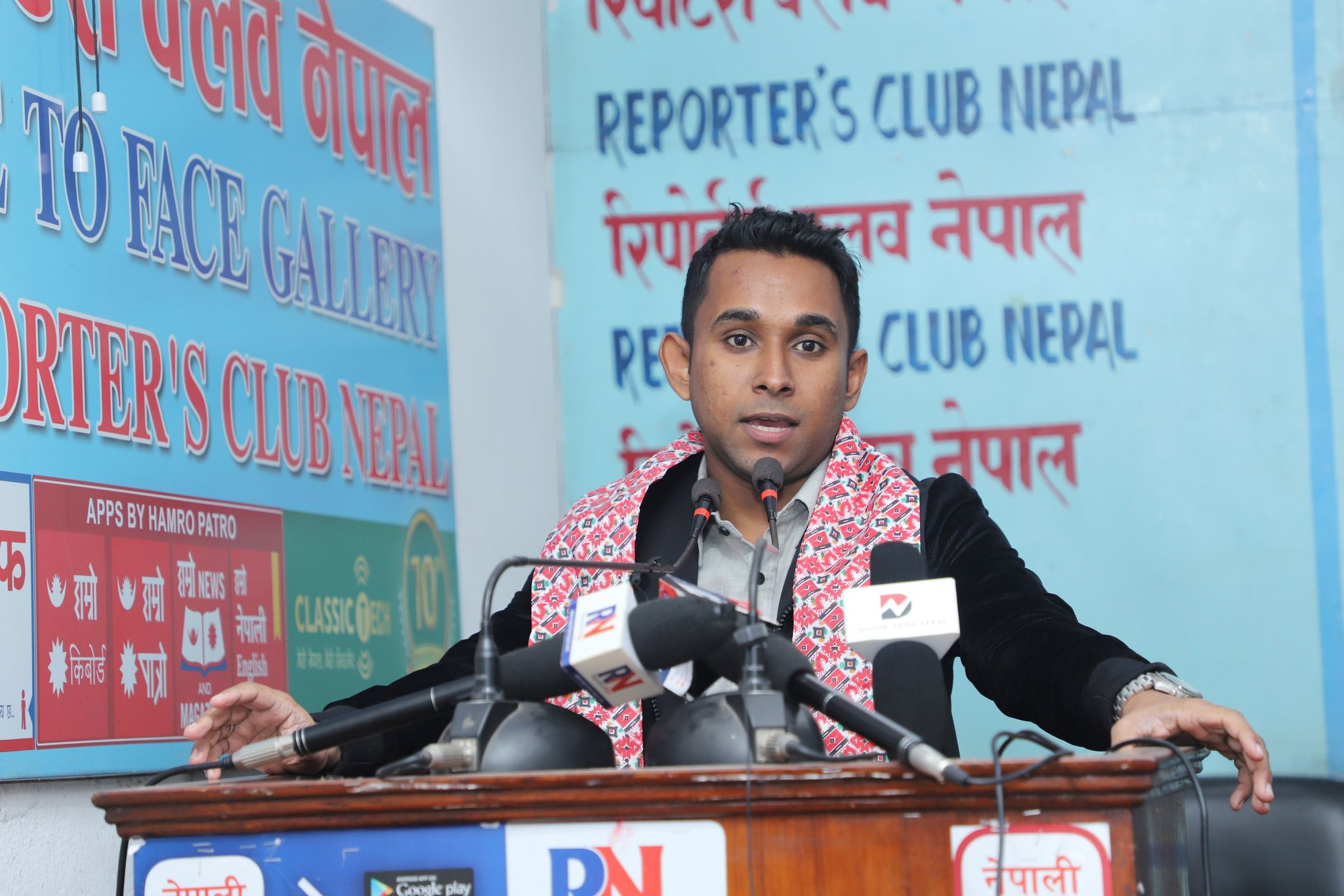 KATHMANDU, Nov 22: Durlav Roy Chaudhary, an Indian photographer maintained that he will always serve to promote tourism in Nepal.

Chaudhary was arrested for the crime of counterfeit currency and served a one-year jail term.

Organizing a press conference in Kathmandu, Chaudhary called the incident just an accident and said that even if he was jailed, he would always remember and love Nepali people's generosity.

Chaudhary, 24, is originally from Hawara, Kolkata of India.

Durlav, who has been working as a photographer for National Geography, Practical Photography, Wall Street Photobook and Times of India including various other media, was remanded to custody for a money laundering case by the District Court of Jhapa.

Earlier in 2019, Chaudhary had visited the Annapurna Circuit in Nepal and his works were published in various media including the National Geography.

In his last visit to Nepal , Chaudhary was arrested with counterfeit dollar note while he was visiting Machhapuchhre Range and other regions of Pokhara.

Durlav was carrying counterfeit dollars for his documentary named ‘Money is nothing’!

Durlav in his statement has maintained that he was carrying counterfeit dollars for his documentary named ‘Money is nothing’. Durlav also claimed that he himself showed those dollars to the security guard who later called the police. “It was not discovered by the police during a security screening”.

According to Durlav, he then told police that he had brought the counterfeit dollars to use in his documentary. “However, the police recorded the wrong statement and made him sign it forcefully, making him believe that they will release him in a while.”

During the press conference, Durlav accused the police of forcing him to sign the wrong statement. “They told me that I was being released and made me sign there. They did not allow a translator for me. The papers were in Nepali and I don’t understand it,” said Durlav. “Later at the court I came to know that they had made me sign in the papers accepting that I was guilty.”

“Besides, the notes that I was carrying were photocopied at a photocopy center at Kolkata. I was going to use it for my documentary named ‘Money is nothing’. It was different in color and size,” Chaudhary further maintained.

Likewise, Chaudhary also accused the police of not including the camera in the list of materials  confiscated from him.

Chaudhary also expressed his gratitude for Ratopati and other media for reporting about his case and all others who have helped him directly and indirectly. He also maintained that he will be back in Nepal to film and make some documentaries.