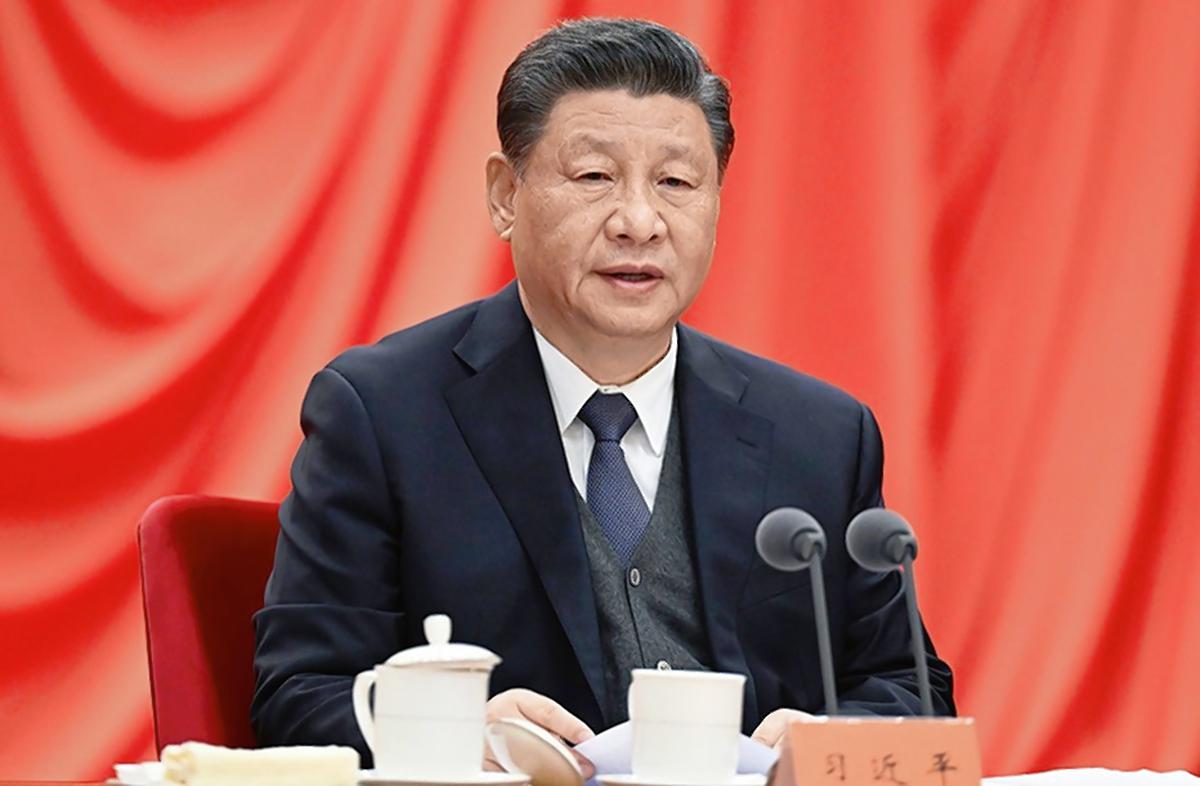 China’s biggest political show- the 20th National Party Congress of the world’s largest political force, the Chinese Communist Party (CCP) is on. The probable outcomes of 20th National Congress are matter of uppermost curiosity at the moment for the media, policy enthusiasts, experts on international relations, economists, political leaders as well as commoners from around the globe. The five-yearly Congress of the ruling party of number one in the waiting- economy significantly matters the globe because the issues that shape China’s trajectory for the next five years reverberate around the world for long time in multiple dimensions.

The international community in general and the rivaling countries like US and its allies in particular are keenly observing every change or continuation of party and government leadership in Beijing with utmost attention. Chinese economic and diplomatic approaches plus the security strategy may matter them the most while for the neighbors like Nepal, the Chinese approach towards existing development initiative like Belt and Road Initiative (BRI) and newly introduced Global Development Initiative (GDI) can be food for thought.

In the first glance, speech by the general secretary of the party and Chinese President, Xi Jinping can be summarized mainly on five major rubrics with some hint of major deviations in the days to come. The CPC leadership has made it clear that the Middle Kingdom will further boost a strong and centralized leadership with Xi Jinping in its core even for the decade to come. Xi’s message forecasts that the stiff 'zero COVID' policy will remain in the place, Beijing will push for economic improvement, there will be tougher time for Taiwan leadership and the ‘fueling westerners’ as Xi has expressed resounding commitment to unite the island with the mainland at any cost and in any manner. The opening mood of CPC National Congress has also signaled that China's leadership goals in the global governance and development initiatives will continue with expansions and changes; offering the model of development to the world what Xi defined by realizing high quality growth and achieving "common prosperity."

The Quest for Strong Leadership

Global Times cites some experts concluding, "There is one key reason why the CPC can always overcome the crises and find the correct direction of the path-the Party can always find its proper and strong core leadership to ensure the victories against the enemies and realize self-correction."

For the nation continuously governed by a communist party, the general secretary tends to be the paramount leader of the country. As Xi Jinping, treads towards third term as general secretary of the CCP; Chinese quest for strong and centralized leadership is further cemented. Due to his evolving strategy, Xi enjoys immense popularity in the nation. Contrary to Western perception, China has become more prosperous and liveable in the past decade under his leadership. Thus CPC is poised to formally hand Xi another five years as party chief placing him as the most powerful man in China since Chairman Mao Zedong, may enshrine him and his ideology in the party’s constitution.

During a group discussion with delegates from south China's Guangxi Zhuang Autonomous Region during the 20th National Congress, Xi according to People's Daily, called on all Chinese people to stay united as "a piece of hard steel" under the leadership of the CPC and pull together with one mind to power the giant ship of ‘national rejuvenation’ through the wind and waves to reach its destination. Xi, as always in dashing manner declared, “Chinese modernization offers humanity a new choice for achieving modernization”, while elaborating the Chinese model as peaceful and based on maintaining the leadership of the party, realizing high quality growth and achieving "common prosperity."

President Xi, who is firmly in control of China’s twice-a-decade leadership reshuffle, is expected to build a new supporting team for his upcoming term. At least some top positions on the Politburo Standing Committee could change hands and nearly half the Central Committee is expected to be replaced according to South China Morning Post. The most important moment in the congress's schedule is when the 25 politburo members are presented: the make-up of China’s supreme decision-making body is a clear sign of where the country is heading.

In china the premiership has a two-term limit thus the current second-in-command, Li Keqiang, due to the CPC traditional norms of retirement; is stepping down from his party leadership role. The ongoing national congress will find an alternative of retiring Li, but the question is who? Usually, the premier’s position is reserved for the number two or three in the party hierarchy. The premier, who is in charge of China’s economy and social development, usually needs to have administrative experience in two major provinces and show a strong track record of economic development. Speculations are ripe but in Chinese tradition is- whoever walks out on stage immediately after Xi during the first plenum, held just after the congress concludes (on October 23), is almost certain to take up that role.

Zero-COVID is not going

The CPC faced one of its worst crises in three decades as the deadly coronavirus detected in the central Chinese province of Hubei in the beginning of 2020. As the virus started rapidly spreading across the globe, the Chinese leadership adopted Zero- COVID policy to contain the unprecedented pandemic. China is still pursuing same policy which requires frequent lockdowns, stringent movement controls and closed borders. President Xi during his 20th National Congress has clearly signaled to continue to adopt the policy. By praising the approach, Xi has further boosted the national narrative that Zero-COVID as good policy for the Chinese economy despite its slower pace in the growth.

'Wheels of history'- Tougher towards Taiwan

President Xi has left no stone unturned to make it bold and clear to the world that Beijing will be tougher towards Taiwan leadership and the ‘fueling westerners’ in the days to come. Xi with a strong sense of urgency said, "The wheels of history are rolling on toward China's reunification and the rejuvenation of the Chinese nation. Complete reunification of our country must be realized, and it can, without doubt, be realized." The Chinese government had turned Hong Kong from “chaos to governance,” and carried out “major struggles” against “independence forces” in Taiwan, Xi said during the Congress speech.

China seems firm even to deter what it calls ‘American coercive approaches’ in the region. The China-US relations have deteriorated sharply in recent years as Taiwan issue has come to the core in bilateral dealings. President Xi stressed, "The People’s Liberation Army must move quicker with troop training and new strategies to reach its target of becoming a world-class military". “We need to be able to stage military operations readily, create a secure environment, deter and control risks and conflicts, and win regional wars”, Xi reiterated his strong message to Taiwan and the West.

The Longing for Global Leadership

Under the leadership of Xi Jinping, China has observed some paradigm shift in policies for home and abroad. With his aggressive approaches, Xi has led China to play an exceptional role in international relations and global governance as well. China has always remained careful in its deep rooted diplomatic philosophy that it can only prosper if its regional partners prosper. Beijing knows well that it can only achieve resource security and border stability if its neighbors are at comfort. As the Chinese lead in global governance is taking a wider shape via Global South.

Experts say the rise of Global South under the helm of Chinese leadership, global governance has witnessed a major transformation. The rise of China in particular has played a key role in development of powerful collective interests among developing nations. The establishment of China led Asian Infrastructure Investment Bank (AIIB) as an alternative of US-dominant World Bank, China’s ambitious development venture BRI and its new GDI suggests major change in the format of global governance in next few decades.

"At present, momentous changes of a like not seen in a century are accelerating across the world," president Xi said during the speech, "A new round of scientific and technological revolution and industrial transformation is well under way, and a significant shift is taking place in the international balance of power, presenting China with strategic opportunities in pursuing development."

President Xi's signature mega project BRI, with a motto what he calls to build "a community with a shared future for humankind", has remained a tool to fulfill development gap in extended Global South since 2013. No Doubt, BRI is clearly having an impact in global geopolitics. From stimulating infrastructure investment to developing new global supply chains, some of the promises of BRI are being realized. In Nepal, a country where infrastructure shortfall has become a chief characteristic, Chinese BRI lifted hopes, with some people even assuming the Chinese high-speed rail will come to Nepal via the Tibetan mountains. Five years down the line, the hopes somehow have faded though in Kathmandu.

In the meantime analysts say that BRI is undergoing a major transformation as China is reviewing it before more aggressively launching as BRI 2.0 because many countries that host BRI projects are struggling. As Chinese borrowers are suffering from global economic conditions plus dubious governance, the new era of China’s initiative is expected to seek a more focused portfolio, greater international cooperation on finance and repaired relationships.

Xi's report presented in the National Congress clearly indicates that BRI has been undergoing a review. The BRI did make an appearance in the summary of China’s accomplishments over the past five years in the report, though Xi has praised it as a “much welcomed… platform for international cooperation.” Newer Global Development Initiative and Global Security Initiative have been talked much in the broader section on China’s foreign policy.

Author is Editor of AP1 Television. He is perusing his PhD in International Relations at China Foreign Affairs University (CFAU). Follow him on Twitter- gautam_sarose 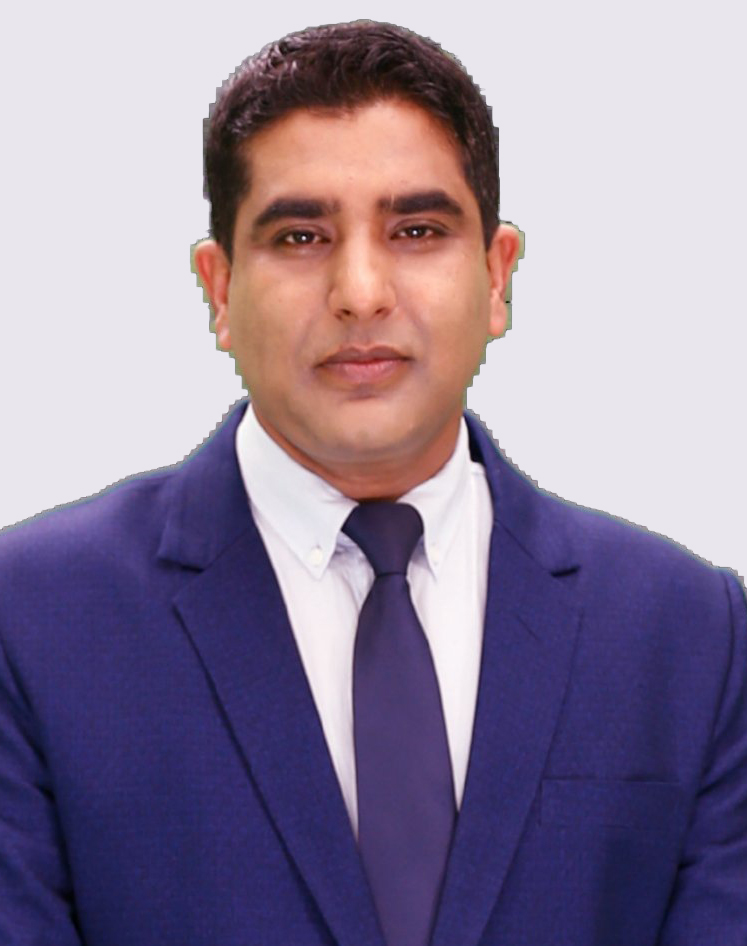