Club 10x celebrating its first anniversary, join them on Oct 16, 17

The club won't charge an entry fee, additionally is  offering a 20% discount to all the clients and customers for both the days as they want you to come celebrate with them. 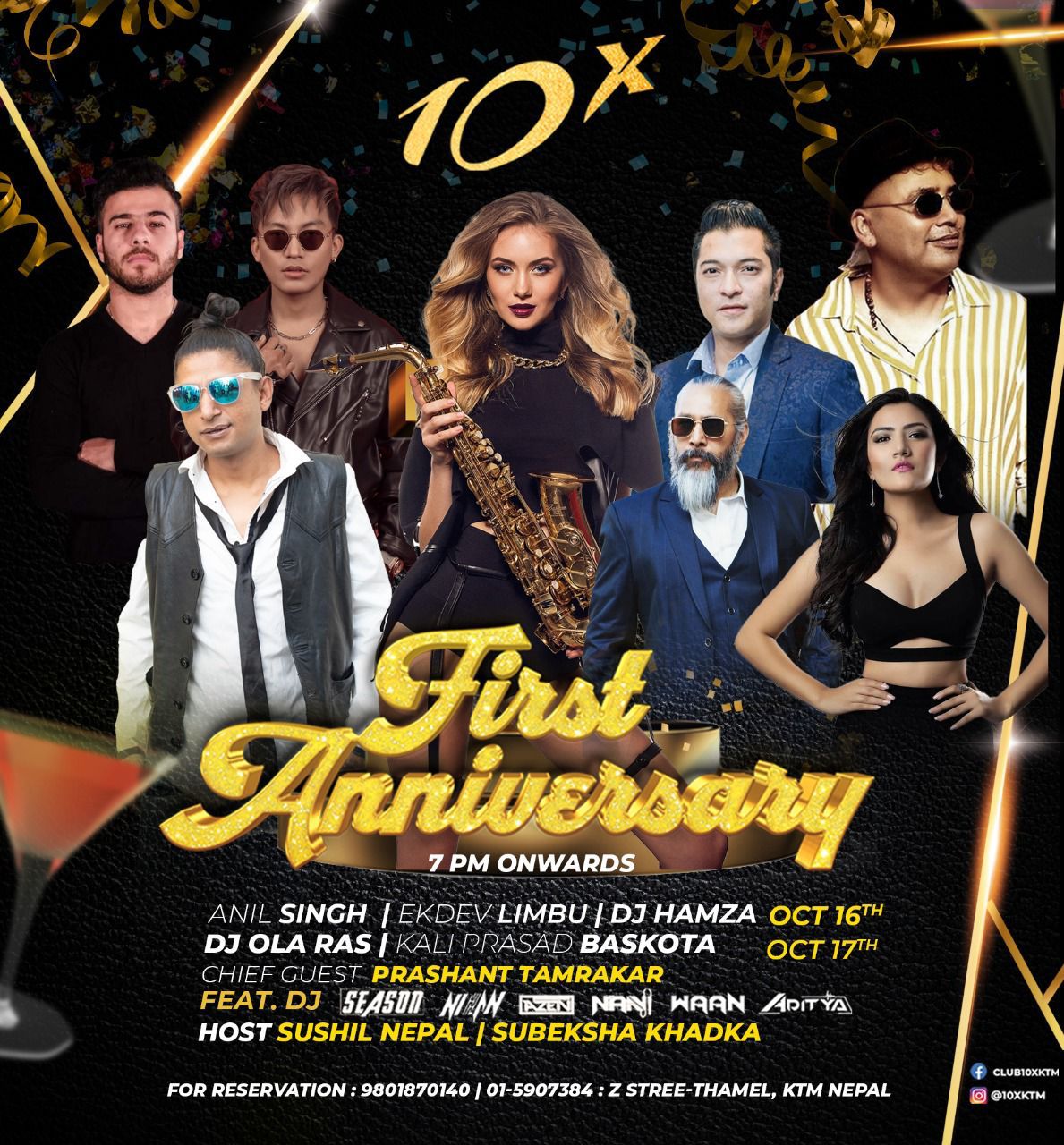 KATHMANDU, Oct 12: The Club 10x. located at the Z-Street in Thamel is celebrating its first anniversary with a two-night celebration at the club itself.

The parties  are scheduled to kick off on October 16 and 17, 2022 with singers Anil Singh, Ekdev Limbu, Kali Prasad Baskota, DJ Olarus among many others with DJs hosted by Sushil Nepal.

10x has been dishing out State of the Art clubbing experience for the past year and plans to continue with the experience for the crowd. With five in-house DJs like DJ Season, DJ Nihan, DJ Aizen, etc. the club ensures that your craving for a party is fulfilled.

What began as a small firm with just four members has risen up to stand tall amongst the business leads of the time with more than 75 employees. According to the company, the company has satisfactory achievements and accomplishments,despite the COVID-19 pandemic.

"Located at the heart of parting, Thamel, we make sure that the ladies feel safe, even while partying alone. With great security and ambience, 10x seeks to become one of the top clubs of Nepal. With our first anniversary on October 16, 2022, our two-night party plan is an event you would not want to miss. With Anil Singh and Ekdev Limbu on 16th October; Kali Prasad Baskota and DJ Olaras on 17th October as the main attractions, we have our in-house DJs performing both night" reads the press statement of the company.

The company won't charge an entry fee, additionally is  offering a 20% discount to all the clients and customers for both the days as they want you to come celebrate with them.

Anil Singh is a renown, professional Nepalese singer of the pop genre known for his evergreen songs such as “Engine Gadi Ma”, “Prem Patra”, “I Love You”, to “Dubna Deu” in the Early 2000s. His unique voice stood out from the crowd of pop singers at the time. Popular with the youth, he has songs that depict Falling in Love, Being in Love and The Ultimate Heartbreak. (Live at 10x on October 16, 2022)

Ekdev Limbu is an emerging Nepalese Artist who has gained popularity among the youth. Having made his debut with the song “Hidaichu Ma” in 2012, his new song, “Ma Gauchu” along with popular band B-8 and new singer Prashna Gautam has been circulating well among the Nepalese Youth. (Live at 10x on October 16, 2022)

Kali Prasad Baskota is another professional singer/songwriter who has many hit songs popular with all age groups. His major genre also happens to be pop but unlike Anil Singh, Kali Prasad Baskota leans towards Pop Folk Genre. His hit songs include “Nira”, “Jaalma (Pari tyo Daada Ma)”, “Thamel Bazar”, “Laija Re” and more. (Live at 10x on October 17, 2022)

DJ Olaras who also happens to be a professional saxophonist from Ukraine was ranked among the top 50 Female DJs of the world in 2017 and 2018. Even now, she stands among the top 100 Female DJs of the world. She combines virtuosic playing on the instrument with enchanting club sound, as a result, received exclusive and fashionable musical compilation of sounds. Mixing club tracks, complemented by playing the Saxophone, overwhelms the dance floor with incredible live music energy, which gets straight into the hearts! (Live at 10x on October 17, 2022) 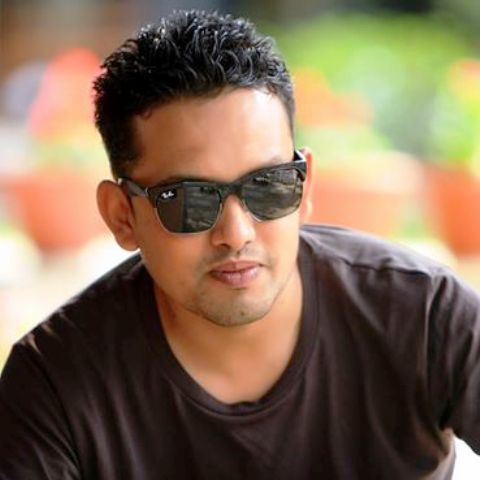