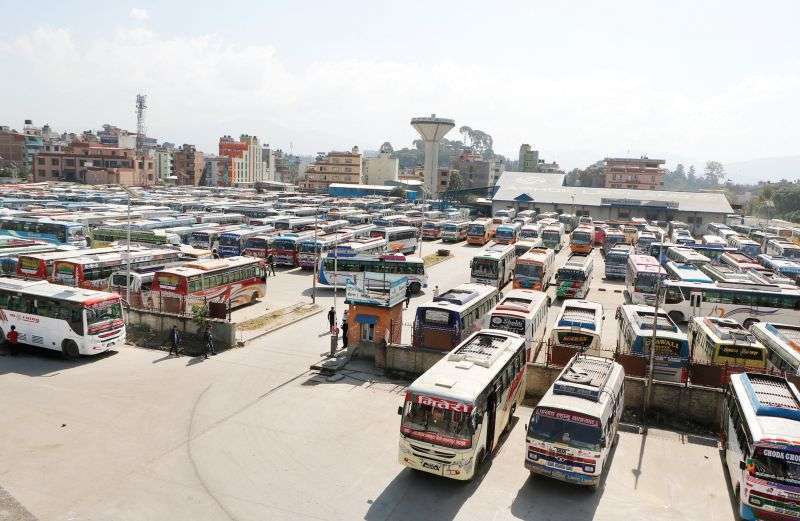 KATHMANDU, Sept 25: The government is to enforce the 'time card' system in public transport operating on long routes in a bid to prevent accidents and for efficient traffic management during the festival period.

The biggest festivals of Nepali community - Dashain, Tihar and Chhath- are only a week away. This festival season lasts for about a month.

It is said the time card system is also being enforced with a view to discouraging the tendency of driving at high speed to reach the destination earlier.

The committee has made 14 various decisions including implementing the time card by identifying places on the highway in coordination with Nepal Police, the Department of Transport Management and the transport entrepreneurs.

The government has also decided to strictly prohibit traveling on the roofs of buses or vehicles. The committee will also monitor drunk driving.

The committee has also taken a decision requiring every public transportation vehicle to keep a first aid kit, stickers with necessary information as police hotline contact number, a signal object if there is an accident and to make arrangements for sanitizing the vehicle.

Likewise, the committee decided to make public the phone number for passengers to complain in case the driver drives the vehicle in an unusual manner and to arrange for directing all the police units for immediate mobilization after getting such a complaint.