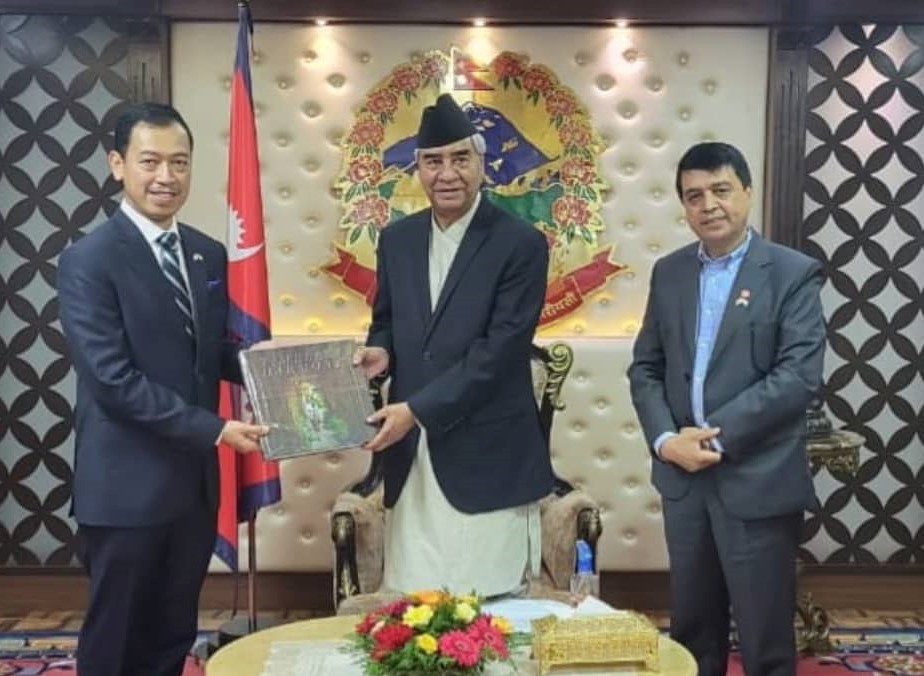 Prime Minister Deuba made this remark during a meeting with the Ambassador of the Republic of Indonesia to Nepal Heru Hartanto Subolo at PM's residence in Baluwatar, Kathmandu on Tuesday.

"The Prime Minister has said that the Embassy should facilitate in bringing Indonesian investment to Nepal's hydropower, tourism and other potential sectors, and also promote Nepal among the mountain-loving Indonesian tourists," Chandra Prasad Dhakal, honorary consul of the Republic of Indonesia to Nepal, quoted PM Deuba as saying.

During the meeting, Ambassador Subolo said that he would facilitate the Indonesian government and private sector to bring their investment in Nepal's hydropower, tourism and other potential sectors.

Ambassador Subolo said that he was positive to establish the residential embassy of Indonesia in Kathmandu and would convey PM Deuba's message to his government.

He informed that the two countries, Nepal and Indonesia, were about to sign an agreement to facilitate visas for the diplomatic and official passport holders.

Ambassador Subolo, who is here in Nepal to promote the upcoming Trade Expo in Indonesia, said that the Trade Expo would help promote trade and investment of the two countries.

"There is a huge potential of trade and investment between Indonesia and Nepal. We are ready to promote the mutual interest of both the countries. The upcoming trade expo will further support this mission," he said.