Covid-19 pandemic is over in the US - Joe Biden

President Joe Biden has declared the pandemic over in the US, even as the number of Americans who have died from Covid continues to rise. 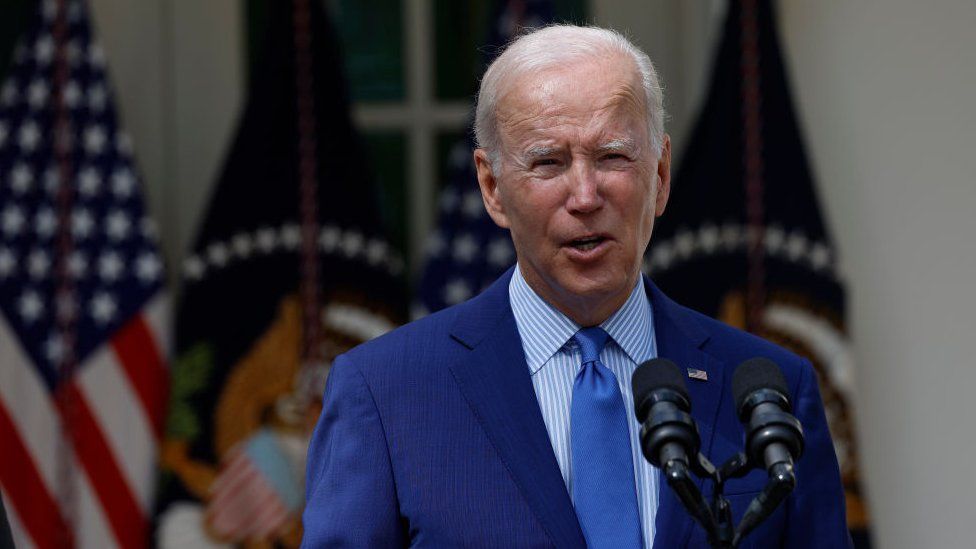 SEPT 20: Mr Biden said that while "we still have a problem", the situation is rapidly improving.

Statistics show that over 400 Americans on average are dying from the virus each day.

The head of the World Health Organization (WHO) said last week that the end of the pandemic is "in sight".

In an interview with CBS programme 60 Minutes aired on Sunday, Mr Biden said that the US is still doing "a lot of work" to control the virus.

The interview - aired over the weekend - was partly filmed on the floor of the Detroit Auto Show, where the president gestured towards the crowds.

"If you notice, no-one's wearing masks," he said. "Everybody seems to be in pretty good shape... I think it's changing."

But administration officials told US media on Monday that the comments did not signal a change in policy and there were no plans to lift the ongoing Covid-19 public health emergency.

In August, US officials extended the public health emergency, which has been in place since January 2020, through to 13 October.

To date, more than one million Americans have died with the coronavirus disease.

Data from Johns Hopkins University shows that the seven-day average of deaths currently stands at over 400, with more than 3,000 dead in the past week.

In January 2021, by comparison, more than 23,000 people were reported dead with the virus over a single week-long span. About 65% of the total US population is considered fully vaccinated.

Certain federal vaccine mandates remain in place in the US - including on healthcare workers, military personnel and some non-US citizens entering the country by airplane.

Top Republicans criticised the president's remarks, with former Secretary of State Mike Pompeo tweeting: "Biden now says 'the pandemic is over' as he's kicking tens of thousands of healthy soldiers out of the military with his COVID vaccine mandate."

Public health officials have expressed cautious optimism in recent weeks that the world is edging towards a pandemic recovery, but continue to urge people to be careful.

On Monday, Dr Anthony Fauci, head of the National Institute of Allergy and Infectious Diseases, acknowledged the situation had improved.

But in comments made at a Washington DC think tank, he said the daily death rate remained "unacceptably high".

"We are not where we need to be if we're going to be able to 'live with the virus,'" Dr Fauci said.

He also cautioned that new Covid-19 variants could still emerge, especially in the coming winter months.

The US recently authorised new vaccines that match the version of the Omicron variant currently dominant in the country, with federal health officials asking Americans to keep their jabs up-to-date.

Last week, WHO Director-General Tedros Adhanom Ghebreyesus said that the world has "never been in a better position to end the pandemic".

Covid-19 also continues to have a significant impact on the US economy, with the National Bureau of Economic Research reporting last week that Covid-related disease had slashed the US workforce by about 500,000 people.

Mr Biden said he believes that the pandemic has had a "profound" impact on the psyche of Americans.

More than 6.5 million people have died since the beginning of the pandemic around the world. The US has had the highest death toll, followed by India and Brazil.