China, Europe, US drought: Is 2022 the driest year recorded?

Europe and parts of China have experienced extreme temperatures this summer, dry conditions in Africa have put millions at risk of starvation, and the American West continues to see a persistent lack of rainfall. 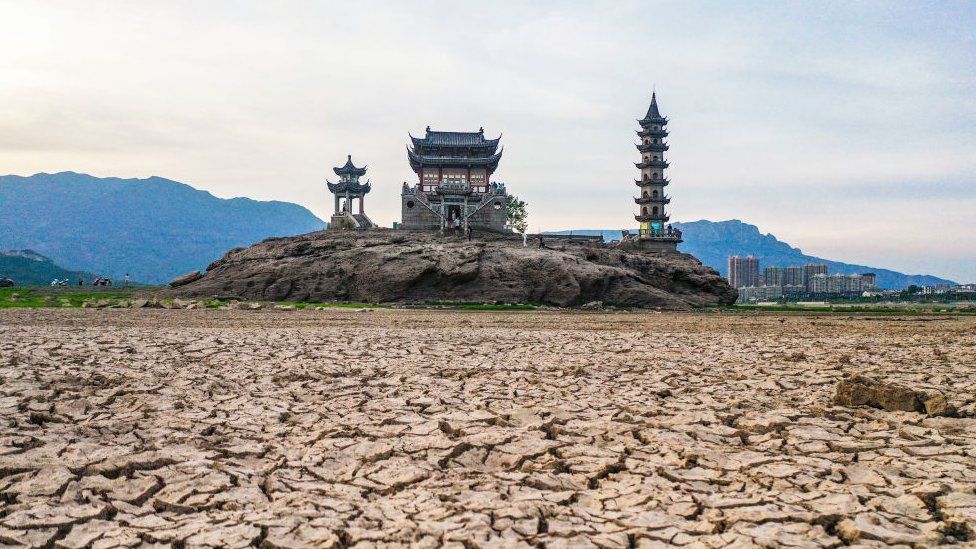 SEPT 17: Scientists say warmer and drier seasons are likely to become the norm, but have these past few months been the driest on record?

How dry is the earth?

One measure of drought conditions used by scientists is based on the level of moisture in the soil as measured by satellite imagery.

We have compared these dry conditions over the past three months to average conditions since the beginning of this century, to build up a picture of how extreme recent weather patterns have been.

This data is based on both soil conditions and temperature data to create what is known as a soil moisture anomaly map.

We can see that most of Europe has experienced much drier weather this summer than the average for the period 2001 to 2016.

Elsewhere, the west of China has been very dry, with many areas experiencing extreme drought. Parts of sub-Saharan Africa and the US are also experiencing critically dry conditions.

In Europe, this summer's drought may be the worst the continent has experienced in 500 years, according to the EU's environmental programme Copernicus.

At the peak of the dry spell in late August, almost half of Europe suffered from a "soil moisture deficit".

The period between June and August was the hottest on record, and a report by the EU in August predicted at least three more months of "warmer and drier" days.

Europe has experienced droughts in the past, but recent years have seen increasingly hot summers with many high temperature records set.

"We have now had consecutive droughts for the last five years, and this year is the worst Europe-wide drought in hundreds of years," says Dr Fred Hattermann, of the Potsdam Institute for Climate Impact Research.

"It's not just less rain, it's also that it's got much warmer, so the overall soil moisture has decreased."

This summer, China experienced an extended period of high temperatures that lasted more than two months, the longest since records began in the 1960s, according to China's Meteorological Administration.

Extreme heat and a severe lack of rainfall meant China's biggest river, the Yangtze, shrank. During August, there was 60% less rainfall in the river's drainage area than normal, according to official Chinese data.

Despite large areas in southern China struggling with drought, heavy rains in northern areas led to flooding. The Liao River in northern China recorded its second highest water level since 1961.

Seeing both extreme wet and dry conditions is a feature of climate change across the globe.

"When areas of drought grow, like in Siberia and western US, that water falls elsewhere in a smaller area, worsening flooding," Peter Gleick, a water specialist from the US National Academy of Sciences, says.

Drought conditions in eastern Ethiopia, northern Kenya and Somalia have led the UN to warn that some 22 million people could be at risk of starvation.

"We are now in the third year of very low rainfall coupled with high temperatures in that part of the continent," according to Oxfam.

In Somalia, the rainfall in the March to May season was the lowest in the last six decades. And large parts of DR Congo and Uganda have also experienced very dry conditions compared with the average.

But measurements of soil moisture also show how in some countries, such as South Sudan, Mauritania and Senegal, there has been severe flooding.

Many parts of southern Africa have also experienced much higher than normal levels of rainfall.

A World Bank report in 2021 noted that overall "relative to 1970-79, the numbers of droughts and floods were nearly threefold and tenfold respectively, by 2010-19".

Drought conditions in the US

Drought conditions in the western US have become the norm, with the region experiencing years of drier and hotter weather.

In a report published in February, scientists said the last two decades had seen the most extreme drought conditions in 1,200 years in the American west.

And this summer, hot and dry weather led to forest fires in several states and water storage levels dropping.

Lake Powell, the second largest reservoir in the US which straddles Arizona and Utah, is at its lowest level since it was filled in the 1960s, according to Nasa.

Climate models predict that the region will continue to have far less rainfall than average in the coming decades.