Asia Cup: India and Pakistan gear up for next cricket battle

It is tempting to think that the off-field cricket rivalry between India and Pakistan is passé, a thing of the past century. 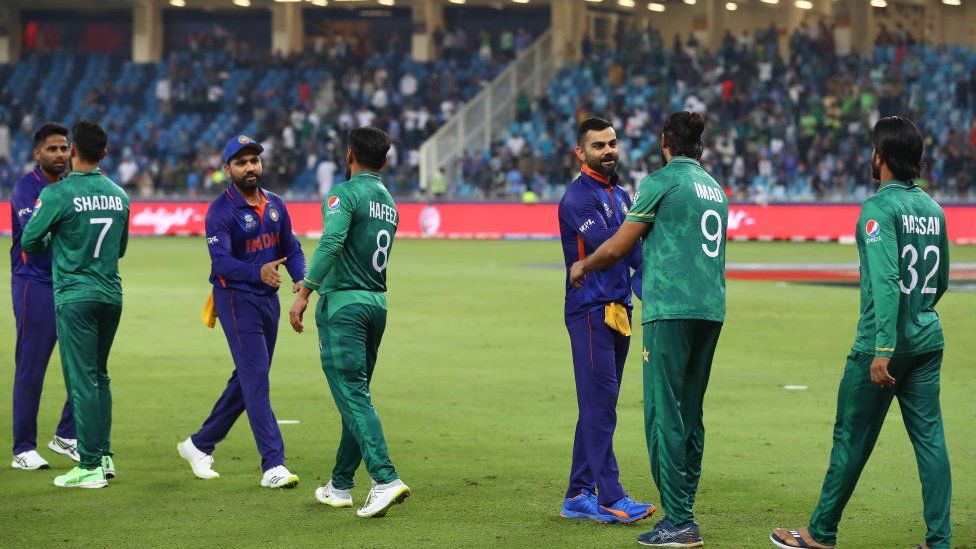 AUG 27: The two cricketing giants will take on each other in the Asia Cup on Sunday. If the gods smile on television moguls, this could be the first of three meetings in the tournament.

The India-Pakistan rivalry has generally been more intense in the hearts and minds of supporters than the players. Battles have been fought on social media by fans who believe that a win on a cricket field is conclusive proof that one political system or one religion or one nation is superior to the other.

Over the years, there have been two separate games whenever the India and Pakistan teams have met. The one on the field is a competition between two talented sets of players trying their utmost to win, bringing into the frame professional pride. Off it, the game is symbolic of something else; war minus the shooting, to use George Orwell's memorable phrase.

The last time the teams met, at the World T20 in October 2021, Pakistan beat India by ten wickets. Indian bowler Mohammed Shami, the only Muslim man in the Indian team, was trolled mercilessly. He had figures of 3.5-0-43-0, not unusual in a T20 game. But for those who were searching for scapegoats, Shami fit the bill.

The exchanges on social media have been relatively muted in the build-up to Sunday's game - but it will be a long time before an India-Pakistan match goes from being a test of nationalism to "just another game".

On Sunday, Pakistan will be without fast bowler Shaheen Afridi, who has an injured knee. With three wickets, Afridi was man of the match when the two teams met in the World T20.

This exchange is mild stuff to what some players and fans have been tweeting in recent times. If things are getting a bit boring, that is for the good. But that might be too much to hope for. There are enough players, fans and television officials who stoke the fire for personal, professional and political reasons.

But to set against these exchanges, there is the one between the leading batters of the two sides.

Last month, when India's Virat Kohli was going through a bad patch in England, Pakistani star Babar Azam sent him a message: "This too shall pass. Stay strong."

Kohli's response was equally warm: "Thank you. Keep shining and rising. Wish you all the best."

For political reasons, India and Pakistan play each other only in multi-team tournaments outside their respective countries - this lends these matches an edge. Emotions are pent up for longer and find release on these occasions.

But that's among fans. Players show more sense. The Pakistan Cricket Board released videos from the venue of players from the two countries greeting each other with warmth and enquiring after one another's families. For them it's business as usual.

One factor that could explain the lack of the usual excitement in the build-up to the first Asia Cup match might be the distraction caused by Kohli's lack of form. The former India captain and lead batsman has not made a century in international cricket since November 2019, and has played only four T20 matches out of India's last 24.

Kohli's return to the team after a short break to rest and recuperate is being awaited with great anticipation.

Indian fans have been praying for a major contribution from Kohli in the team's win. This will be his 100th T20 international, making him only the second player (after New Zealand's Ross Taylor) to play 100 matches in each of cricket's three formats.

Kohli's form has become a leading domestic issue, with at least one national magazine analysing this in a cover story, and others getting experts to comment too. One website has calculated that it has been 1,009 days since he last made a century. None of this will matter if Kohli rediscovers his touch at the Asia Cup. The story-within-a-story has diverted attention from the big stories - the India-Pakistan tie and the Asia Cup itself.

The 15th Asia Cup, played among six teams in two groups of three each was to be held in Sri Lanka but moved to the UAE owing to the economic and political situation in that country. The teams from each group play each other in the 'Super Four', and the two top teams there will meet in the final on 11 September.