What happens now to the citizenship bill returned by Prez Bhandari to parliament? 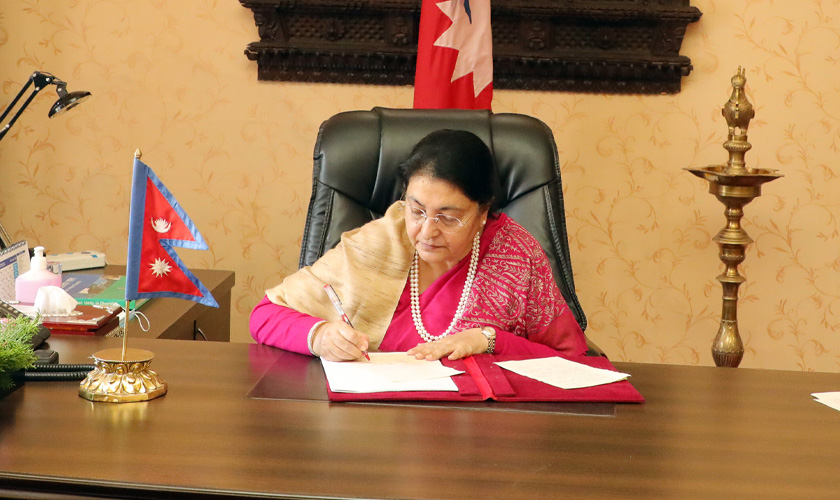 KATHMANDU, Aug 15: President Bidya Devi Bhandari on Sunday returned the Citizenship Act Amendment bill endorsed by both the lower and upper house calling for a review as per Article 113 (3) of the Constitution of Nepal.

The bill endorsed by the parliament requires the President's seal to become a law.

According to Article 113(2) of the Constitution of Nepal, there is a provision that a bill presented to the President for his or her authentication in accordance with this Article shall be authenticated within fifteen days, and both Houses shall be informed thereof as soon as possible.

Likewise, as per Article 113(3), In case the President is of the opinion that any Bill, except a Money Bill, presented for authentication needs reconsideration, he or she may, within fifty days from the date of submission of such Bill, send back the Bill along with his or her message to the House in which the Bill originated.

The bill returned by the President will now be presented in both the houses once again. It will be reviewed, amended if required and then sent to the President for authentication.

It is mentioned in Article 113(4) of the Constitution that if any Bill is sent back along with a message by the President, and both Houses reconsider and adopt such a Bill as it was or with amendments and present it again, the President shall authenticate that Bill within fifteen days of such presentation.