The US government has declared the monkeypox outbreak a public health emergency following a spike in cases. 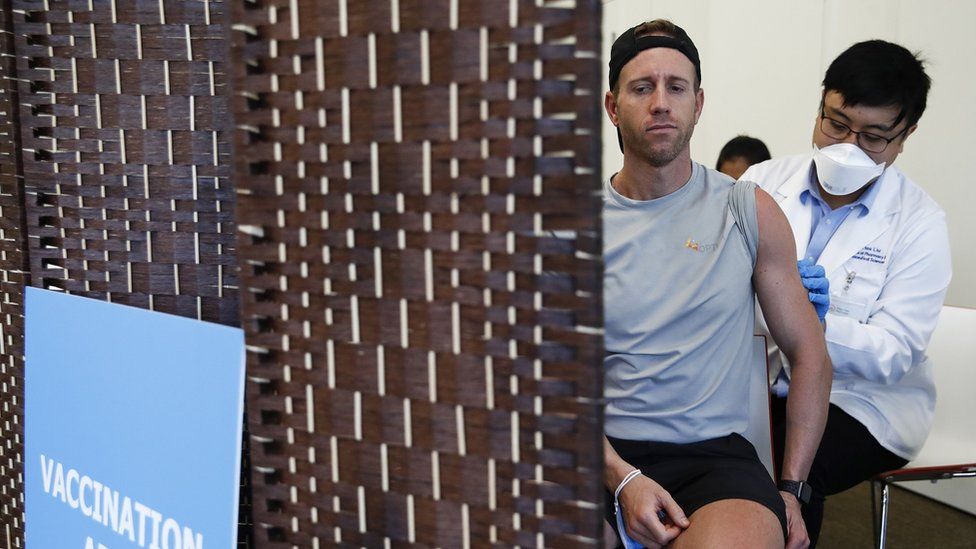 AUG 5: The decision will speed up the distribution of vaccines, treatments and federal resources to curb the spread of the virus.

It comes less than a fortnight after the World Health Organization (WHO) issued its highest emergency alert following a worldwide surge in cases.

Cases have topped 6,600 in the US, according to health officials.

A quarter of these cases have appeared in the state of New York, which declared its own state of emergency over the disease last week.

The two states with the next highest caseloads - California and Illinois - declared states of emergency earlier this week.

More than 26,000 cases have been confirmed worldwide this year, data from the US Centers for Disease Control and Prevention (CDC) shows.

Some public health experts have expressed concern the emergency declaration could further stigmatise the disease. Although anyone can catch monkeypox, the outbreak has been largely concentrated among men who have sex with men.

But it is not purely a sexually transmitted infection (STI), and can also be passed on by close contact with an infected person.

The virus typically causes pimple-like rashes, which can be extremely itchy and painful, to develop and spread across the body, as well as other complications.

Infections are usually mild and clear up on their own in adult patients without treatment or hospitalisation - but the WHO has warned that young children have died at higher rates from the disease.

Officials in the US and elsewhere have recommended that people at the highest risk of exposure - including some gay and bisexual men, as well as some healthcare workers - should get the jab on a priority basis.

Pressure had been building on President Joe Biden to do more to stop the spread of monkeypox.

Public health officials say the disease is particularly prevalent amongst men who have sex with men.

In cities like here in San Francisco, with a large LGBT presence, politicians have claimed not enough is being done to protect the community.

Unlike when Covid-19 surfaced, there are pre-existing vaccines for monkeypox. But many who have tried to get the jab have reported waiting in long lines, only to be told there aren't enough to go round.

Some have questioned whether Mr Biden should have called this nationwide state of emergency earlier - and whether this will be enough to prevent further spread.

San Francisco introduced a public health state of emergency on Monday. In doing so, the mayor invoked memories of the HIV/Aids crisis in the 1980s - when she says the city was ignored.

"We are in a very scary place", she said.

The declaration on Thursday comes amid reports that vaccines and treatments for monkeypox are in short supply across the country.

The Department of Health and Human Services said last week that it has ordered more than five million more doses, to be delivered until next May.

Earlier this week, the White House also announced the appointment of a team to co-ordinate and oversee the national monkeypox response.

It includes Dr Demetre Daskalakis, a New York physician who has led successful initiatives to curb the spread of HIV in the US.