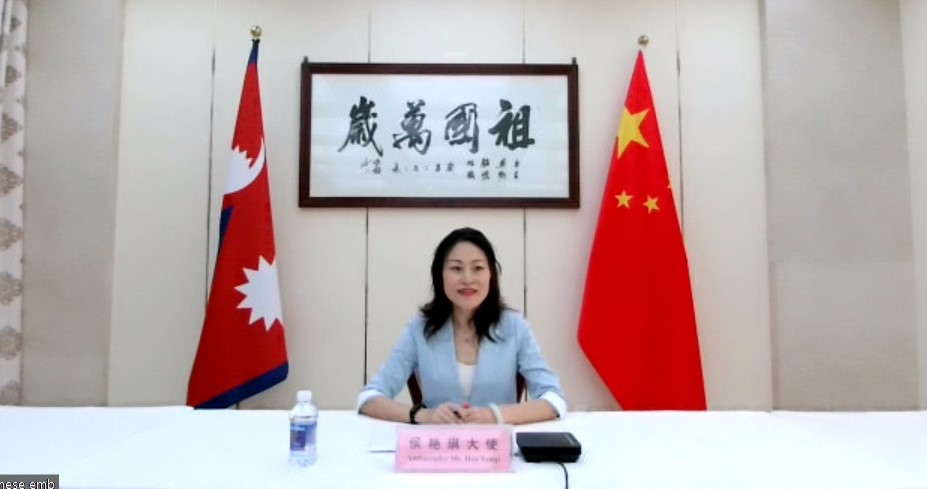 KATHMANDU, Aug 3: Hou Yanqi, Chinese Ambassador to Nepal has maintained that Nancy Pelosi’s, Speaker of the U.S. House of Representatives, visit to Taiwan is a serious violation of the one-China principle and the political foundation of China-U.S. relations, and seriously infringes upon China's sovereignty and territorial integrity.

“It gravely undermines peace and stability across the Taiwan Strait. China firmly opposes and sternly condemns this, and has made serious démarche and strong protest to the United States,” reads the press statement.

“There is but one China in the world, Taiwan is an inalienable part of China's territory. This has been clearly recognized by United Nations General Assembly Resolution 2758 of 1971. The one-China principle is a universal consensus of the international community and a basic norm in international relations,” the statement further reads.

Here is the remaining part of the releases:

In 1979, the United States made a clear commitment in the China-U.S. Joint Communiqué on the Establishment of Diplomatic Relations -- "The United States of America recognizes the Government of the People's Republic of China as the sole legal Government of China." Since Speaker Pelosi is the incumbent leader of the U.S. Congress, her visit to and activities in Taiwan, in whatever form and for whatever reason, is a major political provocation to upgrade U.S. official exchanges with Taiwan. China absolutely does not accept this, and the Chinese people absolutely reject this.

The position of the Chinese Government and people on the Taiwan question has been consistent. It is the firm commitment of the more than 1.4 billion Chinese people to resolutely safeguard state sovereignty and territorial integrity. It is the common aspiration and sacred responsibility of all Chinese sons and daughters to realize the complete reunification of the motherland. China will definitely take all necessary measures to resolutely safeguard its sovereignty and territorial integrity in response to the U.S. Speaker's visit. All the consequences arising therefrom must be borne by the U.S. side and the "Taiwan independence" separatist forces. The Taiwan question is purely an internal affair of China. China strongly urges the United States to stop meddling on Taiwan and interfering in China's internal affairs. It should stop supporting and conniving at "Taiwan independence" separatist forces in any form. It must take credible actions to strictly observe the one-China principle and the provisions of the three China-U.S. joint communiqués, and not go further down the wrong and dangerous path.

China and Nepal are good neighbors, trustworthy friends and reliable partners linked by mountains and rivers. The two countries have always understood and supported each other on issues of core interests concerning respective sovereignty, security and territorial integrity. China highly appreciates Nepal’s longstanding commitment to the one-China principle and resolutely opposes “Taiwan Independence”. It is also the political foundation of China-Nepal relations. We believe that the government of Nepal and its people will continue to abide by the one-China principle and understand and support China’s legitimate and justified position and work together with China to defend each other’s sovereignty, security and territorial integrity.