357 killed, over 400 injured as monsoon rains continue to batter Pakistan 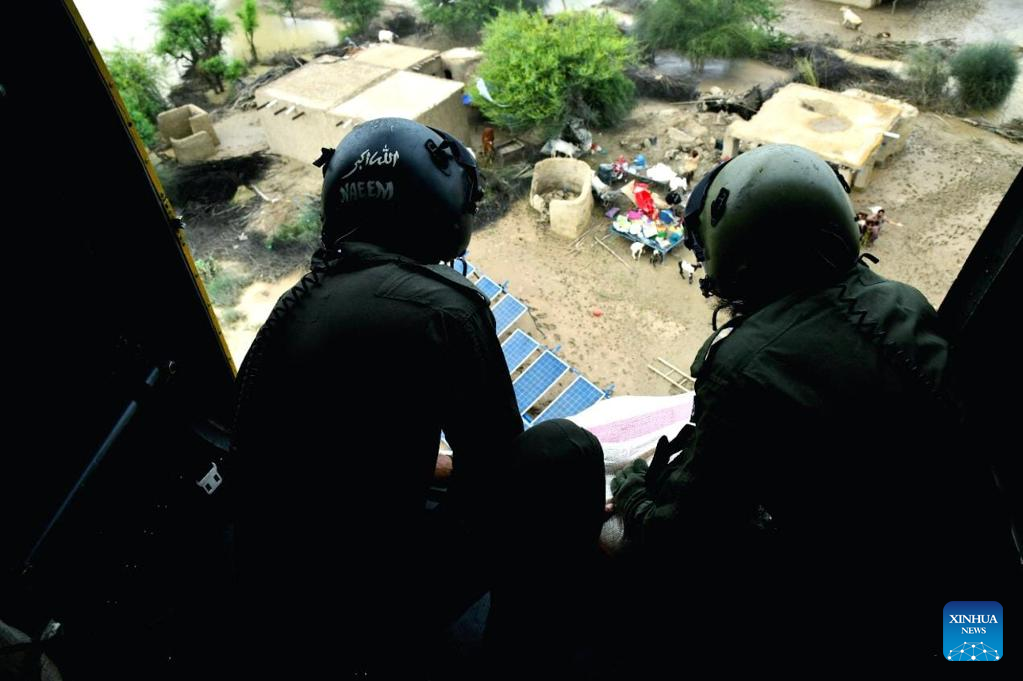 ISLAMABAD, July 29: At least 357 people were killed and over 400 were injured as heavy monsoon rains continued to batter Pakistan for more than five weeks, the National Disaster Management Authority (NDMA) said Thursday.

Besides human loss, infrastructure, road networks and houses have also been damaged due to the heavy monsoon rains and flash flooding across Pakistan since June 14, official sources from the NDMA told Xinhua.

A total of 23,792 homes have been fully or partially damaged, making thousands of people displaced, according to the NDMA statistics, adding that the heavy downpours have also damaged dozens of bridges and shops.

Prime Minister Shahbaz Sharif tweeted Thursday that Pakistan is facing the challenges of climate change and stressed the need to address the problem of current flash flooding.

"Climate change is an undeniable reality of our times and has serious consequences for developing countries like Pakistan ... The government is aligning its development goals with the climate change requirements," he said.

Pakistan's southwestern Balochistan province remained one of the most hard-hit areas, where 106 people died in rain-related incidents and subsequent flooding, followed by 90 dead in the southern Sindh province.

There have been 76 fatalities in the eastern Punjab province, 70 in the northwest Khyber Pakhtunkhwa province, while 15 people were killed in other parts of the country, said the NDMA.

Meanwhile, civil administrations in respective cities along with the Pakistani army are carrying out rescue and relief efforts in affected areas. The authorities are shifting stranded people to safer places, providing food and water to affected people, whereas doctors and paramedics are in the field to provide medical care.

Taking notice of the huge losses across Pakistan, the prime minister has constituted a committee to assess the damage caused by monsoon rains and floods, while announcing to enhance monetary compensation for the affected citizens.

Farzana Bibi, a 48-year-old resident of the southern port city of Karachi, said that her family members cannot leave the house as streets in her neighborhood are submerged in knee-deep muddy flood water.

"The flood water has entered my house and damaged all of my furniture which I bought recently ... I am so upset. Rains are considered a blessing from God, but the recent heavy rains and floods have brought us a lot of inconveniences," Bibi told Xinhua.

Predicting more rains during the ongoing week, the Pakistan Meteorological Department said that monsoon currents are continuously penetrating the country and are likely to shift and intensify in upper and central parts of Pakistan.