Myanmar's deposed pro-democracy leader Aung San Suu Kyi has been moved from house arrest to solitary confinement in a prison in the capital Nay Pyi Taw. 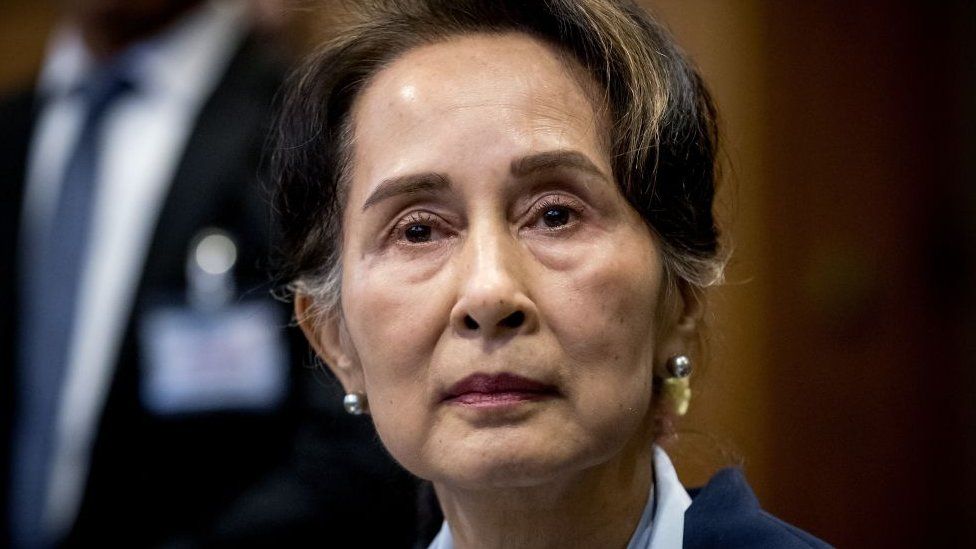 JUNE 23: The 77-year-old Nobel laureate was arrested when the military ousted her elected government in February 2021.

For the past year she has been held at an undisclosed location in the capital.

Ms Suu Kyi has already been sentenced to 11 years in jail and faces a host of other charges. She denies all of the accusations against her.

It's thought she will attend trial hearings from a special court set up inside prison.

A brief statement released by the military government said the move was in accordance with Myanmar's criminal laws.

Rights groups have condemned the court trials as a sham. The closed-door hearings have been shut to the public and media, and Ms Suu Kyi's lawyers forbidden from speaking to journalists.

Ms Suu Kyi remains highly popular in Myanmar, also known as Burma. If convicted on all the charges, she would face a total jail sentence of more than 190 years, by some estimates.

The military alleged voter fraud in the victory, but independent election observers said the vote was largely free and fair.

Ms Suu Kyi - and many members of her party - are among more than 14,000 people who have been arrested by the junta since they seized power.

Some 2,000 people have been killed in the military's crackdown on dissent, according to the Assistance Association for Political Prisoners (Burma).

The military junta faces widespread opposition and some parts of the country are now engulfed in armed conflict.