Turkey's president has restated his opposition to Finland and Sweden joining Nato - just hours after they said they would seek membership. 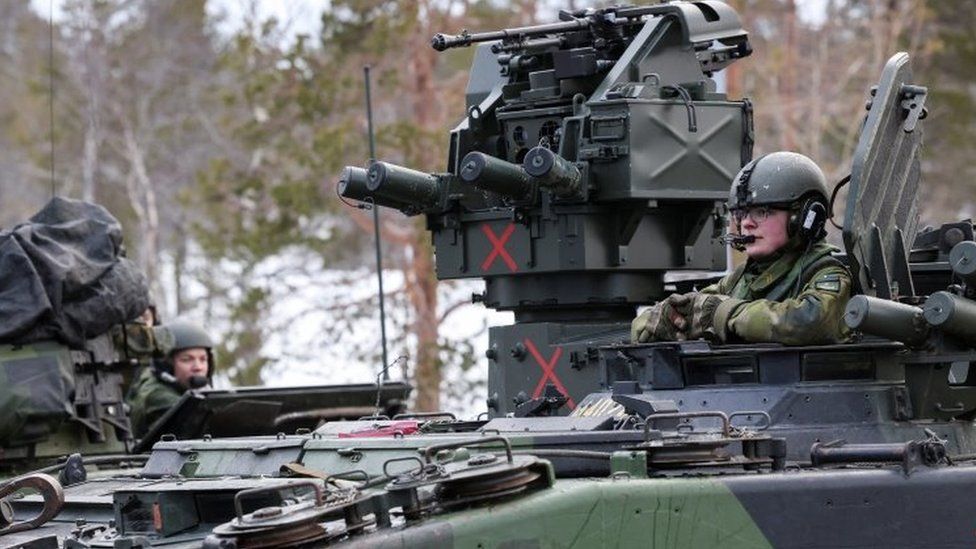 MAY 17: Recep Tayyip Erdogan said the two Scandinavian nations need not send delegations to convince Turkey, a key Nato member, of their bids.

He is angered by what he sees as their willingness to host Kurdish militants.

Russian President Vladimir Putin said the move by Finland and Sweden to join the 30-member military alliance did not threaten Moscow directly - but stressed that any expansion of military infrastructure would trigger a response from the Kremlin.

At a news conference on Monday, Mr Erdogan said Turkey opposed the Finnish and the Swedish bids to join Nato, describing Sweden as a "hatchery" for terrorist organisations.

"Neither of these countries have a clear, open attitude towards terrorist organisation. How can we trust them?" the Turkish president said.

Turkey accuses the two Nordic nations of harbouring members of the Kurdistan Workers' Party (PKK), a group it views as a terrorist organisation, and followers of Fethullah Gulen, who Ankara accuses of orchestrating a 2016 coup attempt.

Mr Erdogan's government has also pledged to block applications from countries that have imposed sanctions on it.

In 2019, both Nordic nations slapped an arms embargo on Ankara after its incursion into Syria.

Sweden has formally announced its decision to join Nato, a move that will end the Scandinavian country's centuries-long military non-alignment.

She said Europe was now living in a dangerous new reality, referring to Russia's invasion of Ukraine.

"We are leaving one era behind us and entering a new one," Prime Minister Magdalena Andersson told lawmakers in Stockholm on Monday.

She said a formal application could be handed within several days and would be synchronised with Finland. Nato has signalled its willingness to admit the two new members.

However, Ms Andersson stressed that Sweden did not want permanent Nato bases or nuclear weapons on its territory.

Norway, Denmark and Iceland - all Nato members - immediately said they were ready to support Sweden and Finland by all means necessary if they came under attack.

The UK, also a Nato member, has already given security guarantees to Sweden and Finland to cover the transition period.

Monday's announcement by Sweden came as Nato began one of its biggest exercises in the Baltic region, involving some 15,000 troops. Named "Hedgehog", the drills in Estonia involve 10 countries, including Finland and Sweden.

For Finland and Sweden to join Nato, all 30 existing members must say yes. But for now, one is saying no.

Sweden suspended arms sales to Turkey three years ago, following Ankara's military intervention in Syria. And according to the official Turkish news agency, both Finland and Sweden have rejected dozens of requests to extradite Kurdish militants who Turkey describes as terrorists.

Both countries are sending delegations to Ankara to try and solve the problem, but President Erdogan says they shouldn't bother.

He seems determined to extract a price for his precious vote.

On Sunday, the US Secretary of State, Antony Blinken, said he was confident that Finland and Sweden would both join, despite Turkish objections.

The issue is likely to dominate discussions between Mr Blinken and his Turkish opposite number in Washington on Wednesday. Having encouraged the two Nordic countries to apply, Washington won't want to let them down at the 11th hour.