The person who does not understand the importance of education and tries to escape from it, the obstacles, and troubles never end in his life.

Chanakya was a philosopher, who had compiled almost every aspect of policy that had been written in India up to that time regarding property, economics, or material success. Chanakya, also renowned as Kauṭilya or Vishnu Gupta, was a powerful political leader. Born into a Brahmin family in 350 BC, Chanakya was educated at Takshashila, an ancient center of learning located in north-western ancient India. He was a highly learned person with in-depth knowledge in different subjects like economics, politics, war strategies, medicine, and astrology. Beginning his career as a teacher (acharya) of political science and economics at Takshashila, he acted as the emperor’s counselor and adviser to Emperor Chandragupta and also served as the adviser to Chandragupta’s son Bindusara.

Chanakya Niti is a collection of proverbs composed by Chanakya. It is a set of ideas and statements which give valuable tips on how to lead a good and productive life even in this day. Chanakya has put forward many ideas on political science, ethics, economy, state affairs, spying, military strategies, etc. His philosophy finds resonance in today’s world also especially in the field of politics, management, and various other aspects of personal life.

According to Chanakya, a leader (king) is the face of a nation. He is a reflection of the society since he is responsible for everything that is happening to the society. The welfare of the people must be the ultimate goal of a king, who should try to attain this. A king will lose his subjects’ loyalty if his actions are unjust. He should propagate only Dharma, punishing the wicked and ensuring that the innocents are not punished in any way. Chanakya also propounded that justice should not be delayed and matters should be heard urgently as justice delayed is justice denied. It is not advisable for a leader to provoke the elders and the wise. The king should be a cause of Dharma and should be a role model for the masses in his character. Even though the king has the power to bring in new laws, they should decide by the principles laid down in the Shastras. A ruler should ensure that there is no wasteful expenditure. If the king is good, then the subjects are also standard. If the king is sinful, then the subjects also become sinful. If he is moderate, then the subjects are moderate. The subjects follow the example of the king. In short, as is the king, so are the subjects. Security of the citizens was of the most importance to him.

Chanakya says those parents who do not educate their sons are their enemies, for as is a crane among swans, so are ignorant sons in a public assembly. He suggests to embrace a son until he is five years of age, and use the stick for another ten years, but when he has attained his sixteenth year treat him as a friend. He believed that religious attitudes should be practiced alone, study by two, and singing by three. A journey should be undertaken by four, agriculture by five, and war by many together. Chanakya wanted to create a society where people are not too much engrossed in the material aspects of life. He laid equal emphasis on spirituality too. Equality for all was his motto. According to him, good women are devoted and skilled in household chores, they are faithful to their husbands and never lie to them.

Chanakya supported agriculture to the fullest as he considered it to be a state subject. He believed in the protection of women and hence ended all forms of exploitation against them. He laid most of the importance on land as a resource and hence proposed its maximum utilization. In order to harness the maximum optimization of the resources of the conquered kingdoms and empires, he looked after them very well. He was a strategist and widened the balance between both the states and the citizens. He wanted the trade to flourish and minimum taxes were charged, which benefited both the states and the citizens. He wanted to build cities for trade both within and outside the state and also encouraged building blockhouses to counter external attack. He believed that justice delayed is justice denied.

Acharya Chanakya himself was a teacher, so he understood the importance of education very well. Chanakya Niti says that: Education will be considered useless until it is not put to some practical use. The life of an uneducated person is a total waste. Similar is the case with an army without a commander. Chanakya sutras can help us in building ourselves into strong character, well-educated individuals and steer us successfully in all areas of life. He believed a man who is of a low family is honored even by the divine if he is learned.

Why is education important?

Acharya believed that it is impossible to get success in life without knowledge and education. It is education that tells a person the difference between good and evil. The person who does not understand the importance of education and tries to escape from it, the obstacles, and troubles never end in his life. He has to struggle to get even the smallest things. The world will consider your education to be a useless education, unless you gain success in finding a practical implementation for the major area of concern. Knowledge is like fuel and it’s up to you to utilize it in the way you desire. There is no problem with stocking fuel i.e. gaining more knowledge and upgrading your skills. Knowledge related to other fields is also important because in life you require playing multiple roles.

Chanakya emphasizes the importance of education and says that an uneducated man no matter how good he may look or to what family he may belong, he is useless. He conveys the message that status of family and physical beauty add no significance to one’s personality and they should never be rested upon. Only education attributes strength, character, knowledge and virtues to one’s personality.

Chanakya compares knowledge to a cow and says that just as a mother protects her child in the same way knowledge saves a person in difficult situations. Even in the most dreadful times a knowledgeable person through his wisdom can handle all and way out for himself.

Chanakya says an uneducated person is useless and a scholar belonging to a lowly rated or renowned family is adored by all including God. He conveys that we should never discriminate among castes and classes. A person’s credibility and worth should only be judged from his actions that are a display of his wisdom and education.

Acharya says that as we gather each drop of water while filling the pot, the same way we must accumulate more and more knowledge, faith and wealth too. In the long term this builds into a massive treasure which benefits us all through life.

How to get Knowledge?

Acharya Chanakya believed that one should never hesitate while taking knowledge from a guru. The person who is ashamed to acquire knowledge, his knowledge remains incomplete. Incomplete knowledge is of no use to a person. Discipline should be followed in receiving education. It is not possible to get complete education without discipline. Also, bad companies should be abandoned because bad companies are a big obstacle in education.

If you wish to seek true knowledge and education then you must avoid the following eight activities: all pleasures that tempt sense, tastes that satisfy the tongue, anger and greed, personal beautification, too much entertainment, excessive sleeping and extreme indulgence in anything.

You should drop the idea of studying and at the same if anyone wants to study sincerely then you should stop craving for comfort. One can never indulge in comfort and education both at the same time.

Chanakya has contributed in all spheres of life which are applicable till date. He was an educationalist, strategist and economist. Even if we follow a few of his sutras, life can be easy. He says education will be useless if it is not put to some practical use. A man without wealth is not a poor person but the one who is devoid of education is actually a beggar in all aspects as his soul is empty of virtues. Therefore, such a man in real sense lives a beggar’s life. To build a prosperous and peaceful life of individual persons in society and governance, education is one basic need as it encourages citizens to do tasks on their own and to follow the law. But the system and its values depend on the continuous flow of time. Chanakya principles need reassessment considering the changes over centuries like the IT growth, creation of the UN, importance and dependence on Trade, World Wars etc. 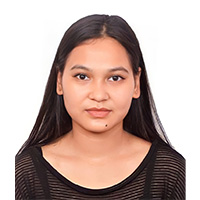