Use of anthropogenic avian nesting materials in the Kathmandu City

Studies have revealed that one of the adverse effects of the use of garbage for nest building could lead to increase in the nest temperature when birds use plastic bags pieces/polythene materials, a situation that could negatively affect an egg’s embryo development. Another negative effect may be an increase in nest predation if, by being more conspicuous, artificial materials make nests more easily detectable by visual predators. It is also possible to expect a decrease in chicks’ survival because plastic or nylon ropes may attach and tangle around chicks in the nest, causing mortality.

Today, more than half of the world’s human population lives in ever-growing towns and cities (United Nations, 2011), which are significantly regarded as being of substantial value for urban bird diversity and abundance. The changes in habitat and resource availability associated with urbanization have an extensive effect on the chicks of urban birds.

The urban population in Nepal has also increased over a period between the years 2011 and 2021. A preliminary data of the Central Bureau of Statistics (CBS, 2021) reveals that urban population has increased to 66.1 percent from 17.1 percent in this ten-year’s period. Kathmandu Municipality alone has more than 865 thousand population with 5,108 population density.

Urbanization is characterized by land-use changes such as increased residential housing, business development and transport infrastructure, resulting in habitat loss and fragmentation. One of the land use change studies shows that urban area of Kathmandu district has expanded to 52.5%, with the losses of 9.3 percent of the forests, 9.8% of agricultural land, and 77% of water bodies over the period between 1990 to 2010.  All these indicate that natural habitats of the Kathmandu valley are declining at an alarming rate, leading to the adverse effects on the ecosystems. Furthermore, higher levels of urban development result in the excessive production of anthropogenic materials, which are subsequently collected by urban birds due to the scarcity of natural materials for building nests.

Although Nepal possesses an area of just 147,516 km2 (0.1% of the world’s total landmass), it accounts for more than 8% of the world’s bird species, with a total number of 886 recorded bird species. Most of these birds are recorded and observed in the country’s National Parks, Wildlife Sanctuaries, and other protected forests. Significant number of birds inhabit the urban areas of the Kathmandu Valley. These species are considered as urban birds of the valley. Major urban species of birds in the Kathmandu Valley include Rock Dove, House Crow, House Sparrow, Barn Swallow and Common Myna being the top five species, and in the winter season, other species include Red-vented Bulbuls, Jungle Mynas, Eurasian Tree Sparrows, Black Kites, Oriental Magpie Robins, Common Tailor Birds, Spotted Doves, Cattle Egrets etc. In the past all these bird species were well adapted to urban areas with abundant natural habitats including avian nesting materials; however, with rapid urbanization in the Kathmandu Valley, there is a lack of natural spaces and nesting materials. Urbanization has also led to more production of garbage which include plastic, wood, metal, wires, polyester, polythene materials, rubber etc.

Although urban bird species may nest in the majority of available places in the modified cities of the Kathmandu Valley, this group could face limitations to obtaining resources for nest building due to the small amount of natural areas where those materials occur. Lack of natural habitats along with scarcity of organic materials for nesting, some urban birds are likely to exchange key natural materials for the anthropogenic materials found in the garbage. In the core areas of the Kathmandu Valley, urban birds such as Common Mynas, House Sparrows, Rock Pigeons, House Crows and Black Kites have begun substituting artificial materials for nest building rather than natural materials.

In the several occasions, during my birding photography along the Bagmati River corridors in the primary areas of the Valley such as Koteshwar, Shankhamul, Thapathali, Balkhu etc, I have witnessed urban birds collecting anthropogenic materials such as plastic materials and metal wires for nest building.

Some scientific studies show that structure of nest build is essential for the protection of eggs against potential danger and temperature control that leads to adequate embryo development. It is possible that the use of new, artificial materials inside the nest could adversely affect, in some way, one or both above functions. Some studies also reveal that one of the adverse effects of the use of garbage for nest building could lead to increase in the nest temperature when birds use plastic bags pieces/polythene materials, a situation that could negatively affect an egg’s embryo development. Another negative effect may be an increase in nest predation if, by being more conspicuous, artificial materials make nests more easily detectable by visual predators. It is also possible to expect a decrease in chicks’ survival because plastic or nylon ropes may attach and tangle around chicks in the nest, causing mortality.

Higher mortality rate of the chicks in the nests will reduce the urban bird population. Decreased bird population will eventually lead to adverse ecosystems in the urban areas, threatening our biodiversity. We now desperately need more natural areas such as parks, forests, grasslands, agricultural areas, water bodies, open spaces etc., and as well as management of wastes in the urban regions for bird survival and increment of its population in order to conserve our ecosystems for our future generations.

Kathmandu Valley essentially needs a land use zoning policy to preserve the above-mentioned natural areas and management of wastes. We therefore need to enforce strong acts, policies, regulations etc. to preserve these natural areas with the proper implementation of land use zoning plans not only in the Kathmandu Valley but also in the country. It is believed that the Nepal Government has already endorsed Land Use Acts 2019 but could not implement it till now. 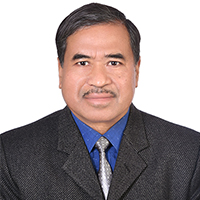 Author is a wildlife photographer.