KATHMANDU, Jan 25: The Election Commission (EC) has once again urged the government to announce the date for local-level elections.

Issuing a press statement on Tuesday, the poll body has maintained that the tenure of all the people’s representatives in the local levels will come to end by May 19 as per the Local Level Election Act, 2017.

As per Article 4 of the act, there is the provision to hold elections before the expiry of tenure of the local level representatives, reads the statement.

The poll body also has urged the government to fix the date for the elections at the earliest.

Earlier, leaders of the five-party ruling alliance have consulted legal experts regarding the legal provisions for the upcoming local level elections. During the meeting, the legal experts suggested that the laws that are conflicting with the Constitution of Nepal should be amended.

However, clause 3 of the Local Level Election Act states that such election shall be held prior to two months of the expiry of a Village Assembly and of a Municipal Assembly. In this regard, Article 1 of the Constitution states that the constitution is the fundamental law of Nepal and any law inconsistent with this Constitution shall, to the extent of such inconsistency, be void. 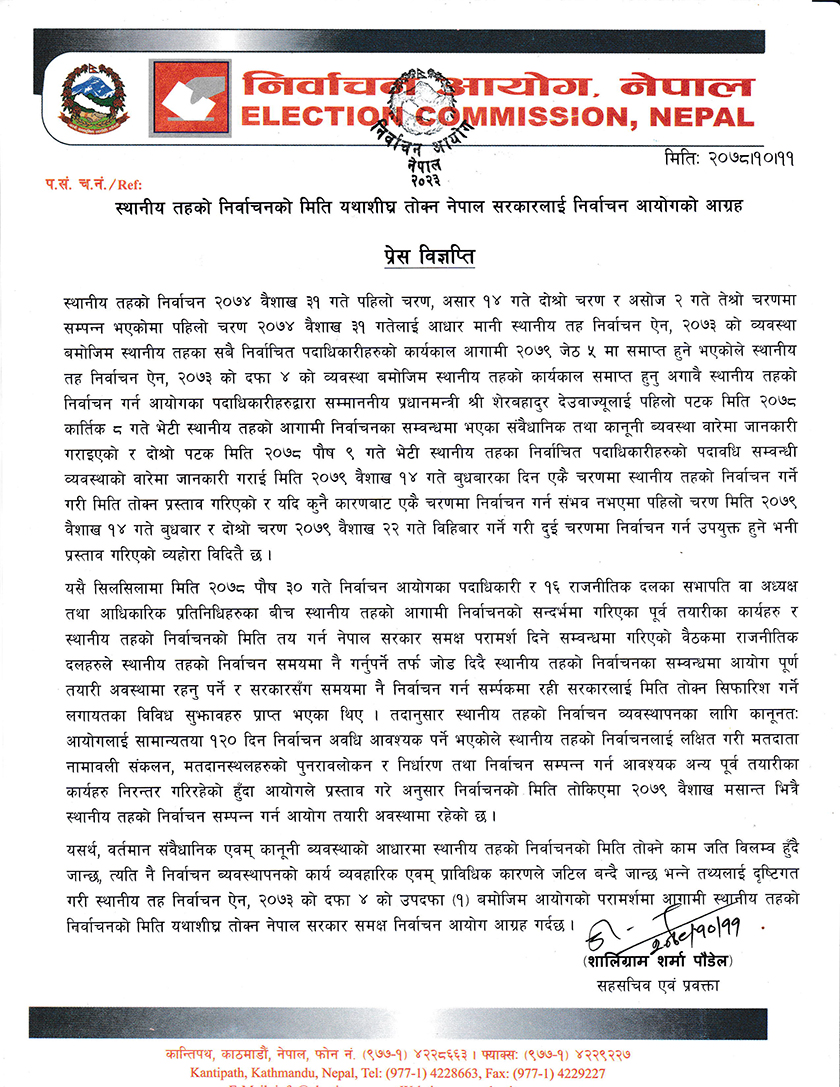