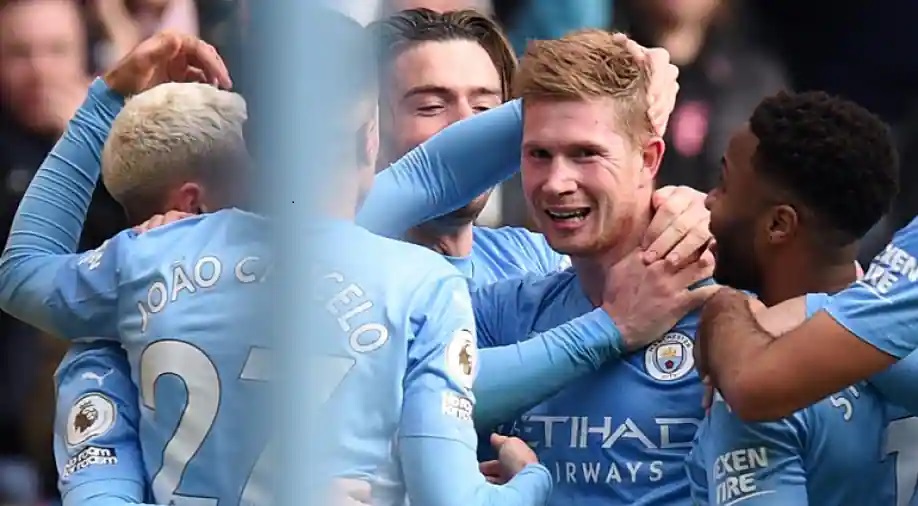 LONDON, Jan. 16: Manchester City's Kevin de Bruyne struck a marvelous curling shot to give his side a 1-0 home win over Chelsea on Saturday.

Despite only winning 1-0, Manchester City dominated the game, with 11 shots, six of which were on target, while Chelsea only managed four shots all game.

Philippe Coutinho had a dream debut after coming on as a substitute in Aston Villa's 2-2 draw at home to Manchester United. Goals from Bruno Fernandez after six and 67 minutes looked to have given the visitors a comfortable lead, but Coutinho's run and pass set up Jacob Ramsey to pull a goal back in the 77th minute and the Brazilian nodded home the equalizer four minutes later.

Things got even bleaker for Everton coach Rafael Benitez as his side lost 2-1 away to Norwich City, who had kicked off the day bottom of the table.

Norwich were 2-0 ahead in just 18 minutes after Michael Keane poked the ball into his own net and then Adam Idah kept his calm to score. Richarlison's overhead kick got Everton back into the game in the 60th minute.

Watford forward Joao Pedro's 88th minute header helped his side avoid what would have been a damaging defeat away to Newcastle United in a 1-1 draw St James' Park.

Newcastle's new signings Kieran Trippier and Chris Wood both made their league debuts and they looked to be on their way to three vital points after Allan-Saint Maximin's 49th minute goal, before nerves set in during the closing minutes of the game.