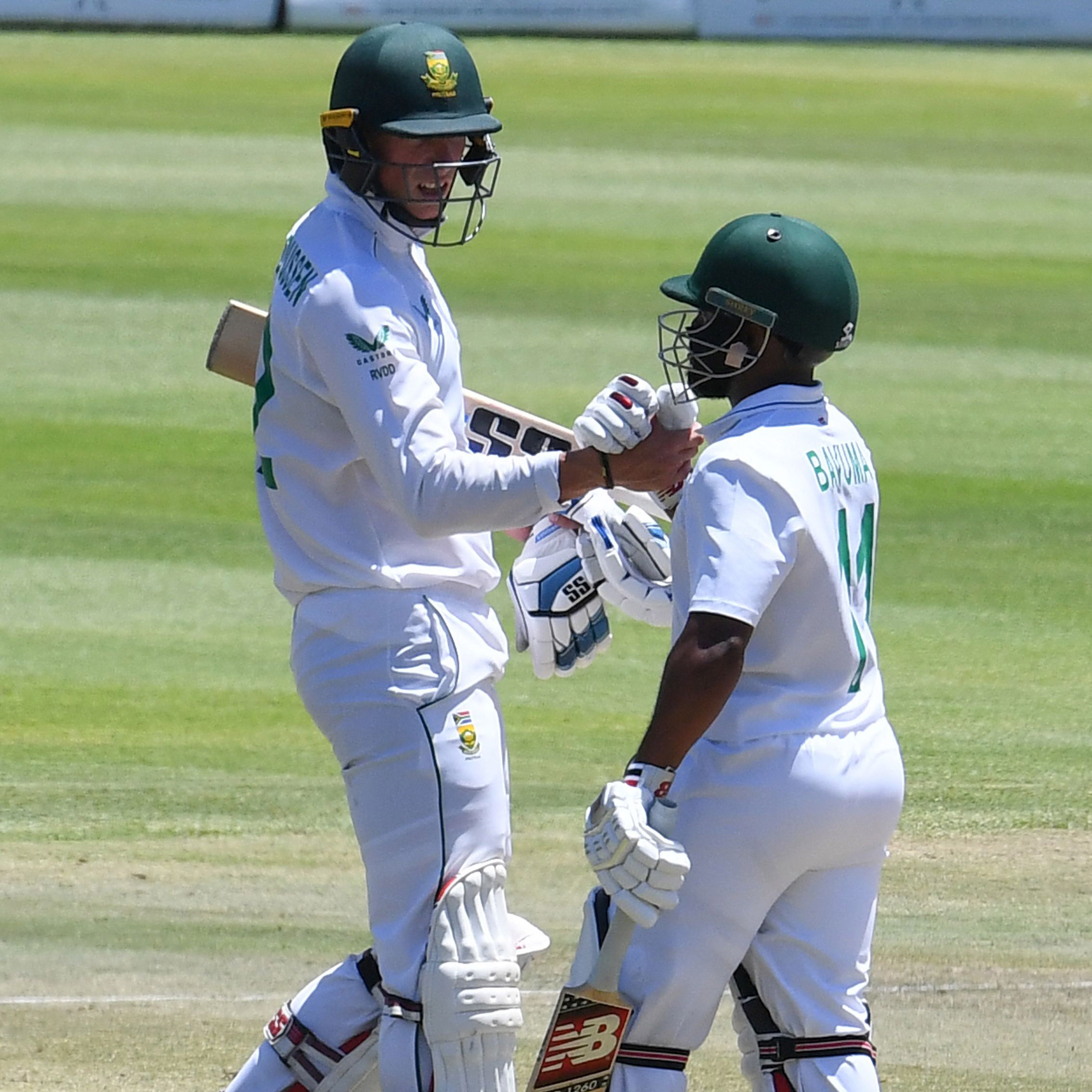 CAPE TOWN: South Africa cruised to a commanding seven-wicket victory on the fourth day of the third Test match against India in Cape Town, sealing a 2-1 series win.

There was a lot at stake for both India and South Africa heading into the penultimate day of the match. The hosts needed only 111 runs to complete a terrific comeback after being 0-1 down in the series, and the visitors were eyeing eight wickets for their first-ever series win in the country.

But as things turned out, the Proteas emerged victorious in a tricky run chase despite a solid effort from the Indian bowlers. Jasprit Bumrah and Mohammad Shami started off well in the morning, posing some serious questions to the South African batters.

They beat the outside edge on multiple occasions but the wicket eluded them. When the edge finally happened, it was Keegan Petersen nicking one to the slip cordon but the catch was spilled by Cheteshwar Pujara. Rassie van der Dussen had his nervous moments too, as he survived two close DRS calls.

But once the nerves settled down, the hosts started cruising towards the total. Petersen had already completed his fifty and started playing some delightful shots. Van der Dussen also started looking more confident with every delivery he faced.

A defeat looked inevitable for India when South Africa had reached a score of 155/2, requiring only 67 runs to win. But Shardul Thakur raised India's hopes again when he dismissed Keegan Petersen for 82 after being brought into the attack. The 28-year-old made the most out of that dropped catch by Pujara and was eyeing his maiden Test century, but he chopped a length delivery back onto the stumps.

Temba Bavuma joined van der Dussen in the middle after Petersen's dismissal and the duo carried South Africa safely through to lunch, adding 16 more runs to the total to take their score to 171/2.

With only 41 runs required to win post-lunch, the job didn't look as daunting for the hosts as it looked for India. Virat Kohli chose to go with Ravichandran Ashwin and Shardul Thakur in the second session, aiming for quick wickets, but it didn't quite materialize.

Van der Dussen and Bavuma scored the remaining runs in 8.3 overs, staying unbeaten on 41 and 32 respectively, thus taking South Africa to a memorable series win against a strong Indian side. Keegan Petersen was named the Player of the Match for his superb knocks of 72 and 82 in both innings. He was also named the Player of the Series, as he finished as South Africa's highest run-getter over the course of the three matches.