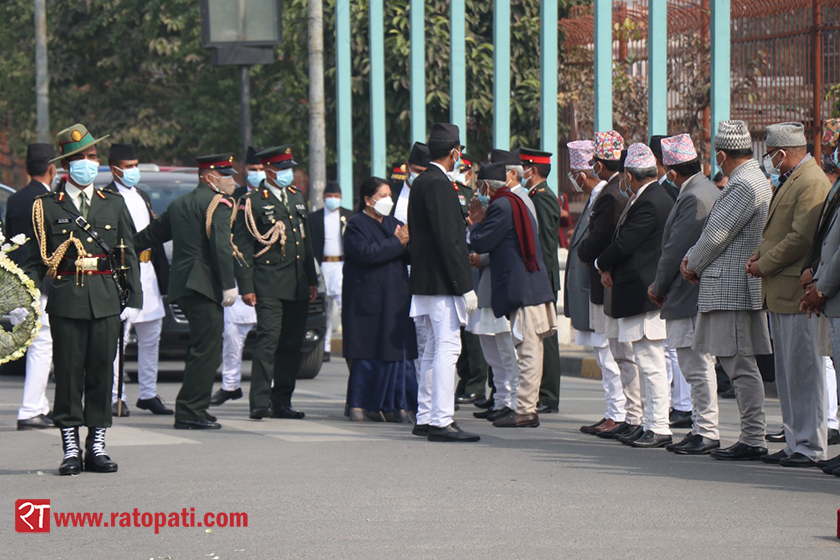 The President offered the wrath and paid tribute to the late king Shah, the leader of Nepal's unification, at a program jointly organized by Nepal Academy, Nepal Academy of Fine Arts, Nepal Music and Drama Academy and the Sanskritik Sansthan (the Cultural Undertaking) to commemorate Shah's the 300th birth anniversary. 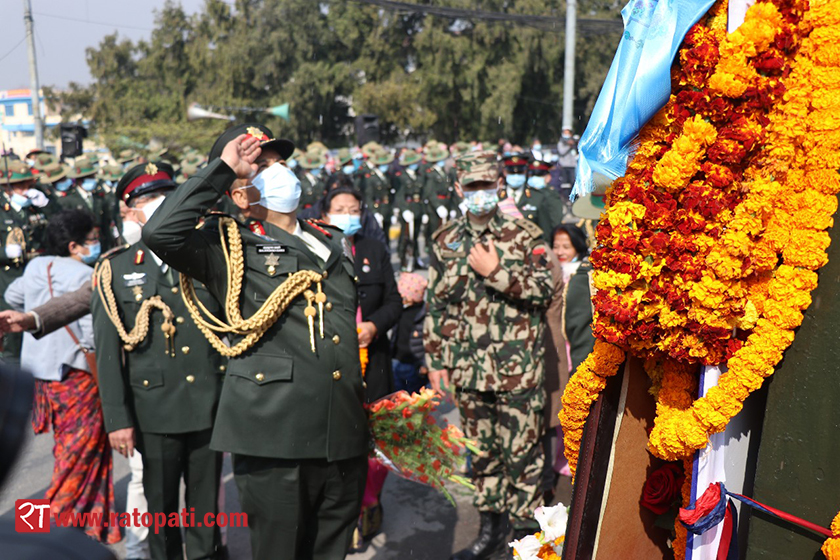 Members of the general public and the civil servants present in the program offered bouquets at the statue of the builder of the nation.

Before this, a procession accompanied by a cultural tableau which set out from the Nepal Academy at Kamaladi had reached the west main gate to Singha Durbar after passing through various parts of the capital city. The procession also circumambulated the statue of the nation-builder king. 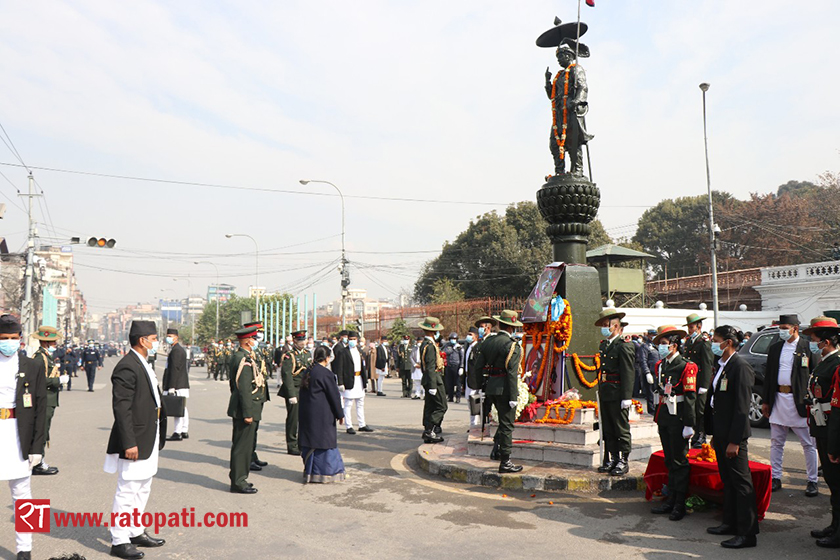 Shah, who ascended the throne of the Gorkha on 25th Chait 1799 BS, had unified the state divided into 52 small principalities. He established the capital of the unified country in Kathmandu itself after conquering the three kingdoms of the Kathmandu valley in 1826 BS.