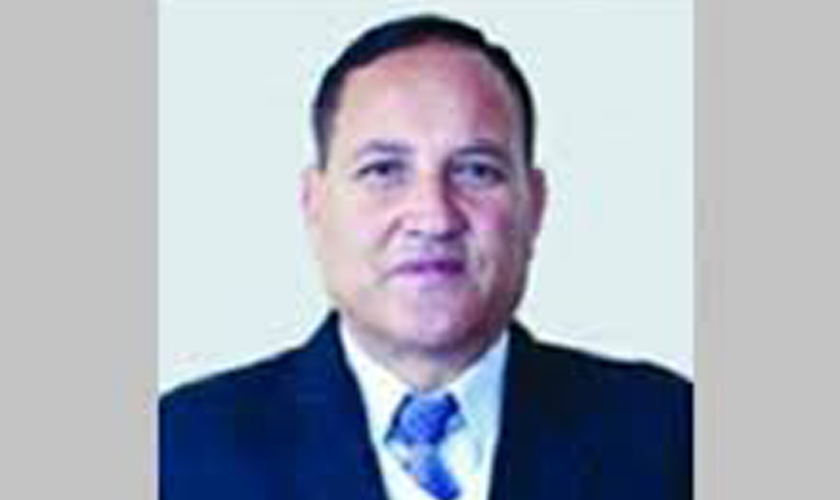 Shovakanta Dhakal is the prime accused of the scam related to Lalita Niwas land in Baluwatar, Kathmandu

Along with him, the case was filed against Saroj Dhakal, Umakumari Dhakal, Santu Shrestha and Rajeswor Shrestha, proprietor of Rajeshwor and Company.

The case was filed at the High Court Patan claiming a fine of Rs 1.24 billion from the accused.

The ANSAN International and Rajeswor and Company have been charged with producing fake value-added tax (VAT) details as well as fiscal and income details for the purpose of tax evasion.

The department filed the charge sheet at the high court demanding a cent percent amount of the fine labeled against Dhakal.

Likewise, the department demanded half of the action against Shrestha for his involvement as an accomplice in the revenue evasion. 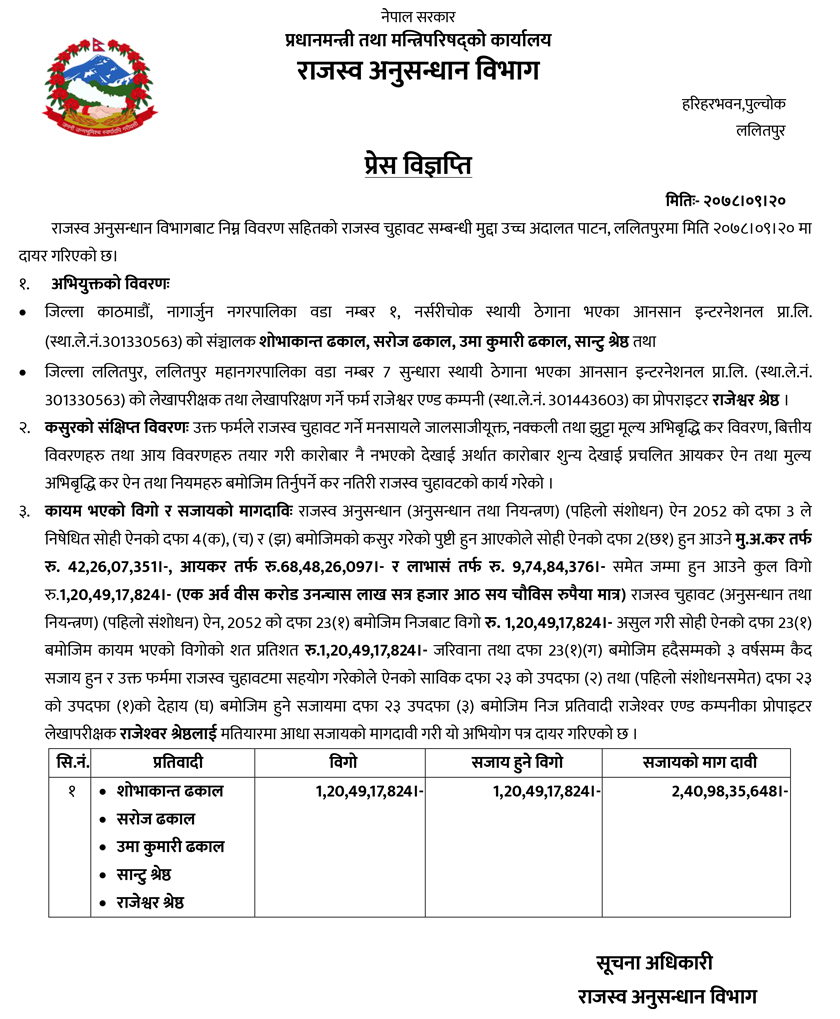