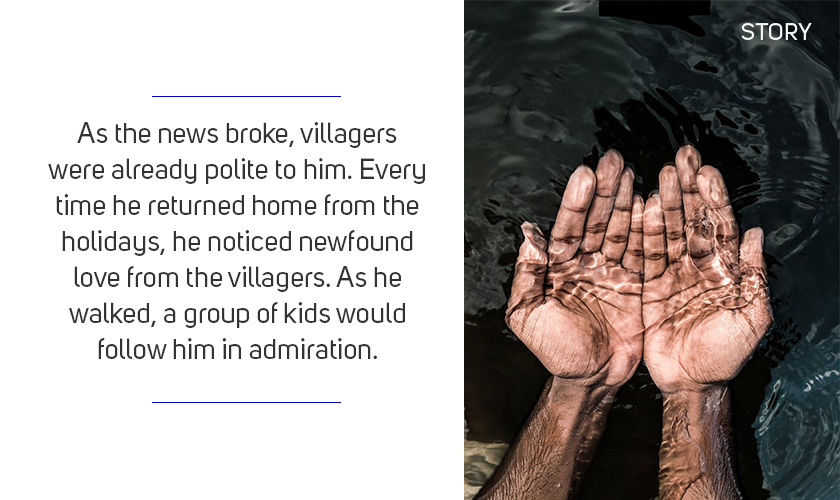 He hears a voice coming out of a loudspeaker from a pravachan [preaching] "Do not chase Wealth.

To say Santa Pariyar was born in unfortunate circumstances would be an understatement. He was born in extreme poverty in Ramechhap with that surname. Kids in the neighborhood were warned by their parents not to get close to Santa and his family. "You will become impure if you touch them" was a common phrase.

A prevailing social structure relegated families with surnames like Santa's to the bottom of the socio-economic ladder with almost zero chance of upward movement. Santa was taught to accept his fate from an early age. Santa's parents thought bearing the label given by society would ensure safety. Safety came first, quality of life later. Even as a kid, Santa did not dream of success.

After Santa turned twenty, a fellow villager informed him of ongoing British Gurkha recruitment nearby and encouraged him to apply. He obliged without giving much thought. It turned out, Santa was the only applicant from the Dalit quota.

Saying Santa's life took a fortunate turn will be another understatement. As the news broke, villagers were already polite to him. Every time he returned home from the holidays, he noticed newfound love from the villagers. As he walked, a group of kids would follow him in admiration. Villagers didn't seem to worry about impurity as their kids played with Santa's gadgets.

A few years later, Santa had earned enough to build a house in Kathmandu. He kept in touch with villagers. Many started to stop at his home whenever they came to Kathmandu, and some would even stay a few days to manage the expense. Santa made sure everyone would get to eat something when they stopped by. He got weird satisfaction from welcoming people who never wanted him anywhere close.

One day, Santa learned about the illness of Damodar Pandit. Damodar Pandit (Commonly called Pujari ba) was a priest of the Devi temple. He was in a hospital near Santa's residence. Santa didn't harbor any ill-will towards Pujari even though he was never allowed to go near the temple in the village. Santa decided to see him in Hospital. He bought fruits and a few water bottles and went to see the Pandit.

Santa found a frail and asleep Pujari ba in a general ward in the Hospital. He shared pleasantries with Pujari's son and placed the items he brought on the table next to the bed. While they were talking, Pujari ba asked for water. Santa helped with the water he had brought. Pujari ba couldn't speak but looked grateful. Santa offered them to stay at his place when Pujari ba was discharged from Hospital to rest a few days before returning to Ramechhap.

On the way back home, Santa feels lighter. He almost springs as he walks. There's a smile across his face. He hears a voice coming out of a loudspeaker from a pravachan [preaching] "Do not chase Wealth. It will only lead to ruin". Santa's smile turned into laughter. Wealth didn't ruin; it rather purified him in the eyes of society. Money was the shortest route to touch-ability. 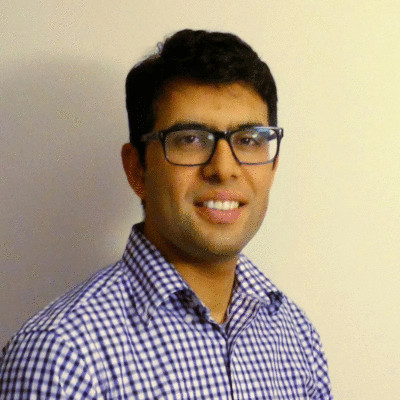