NC all set for final showdown (with photos)

KATHMANDU, December 10: The 14th General Convention of Nepali Congress is beginning in the federal capital on Friday. The inaugural session of the convention is set to kick-off at Bhrikutimandap at 1:00 PM.

According to the NC party office, all preparations for the general convention have been completed. “For the inauguration, a stage to accommodate 150 people has been set at Bhrikutimandap,” said office secretary, Dr Pradip Parajuli, adding that the participants were not invited from outside the Kathmandu Valley in view of COVID-19.

It is said representatives of Bharatiya Janata Party and Congress I from India, and chiefs of almost all political parties in Nepal will attend the inaugural session.

For the convenience of the audience, five big screens have been fixed. Similarly, a separate stage is made for media reporting. Media persons along with 60 video cameras can be adjusted to the stage. Sound system has also been fixed at different places.

The venue and the vicinity are decorated with party flags and the election symbol, Tree. There are multiple welcome gates. Banners of the candidates are other sights.

A total of 4,700 general convention representatives are attending the event. 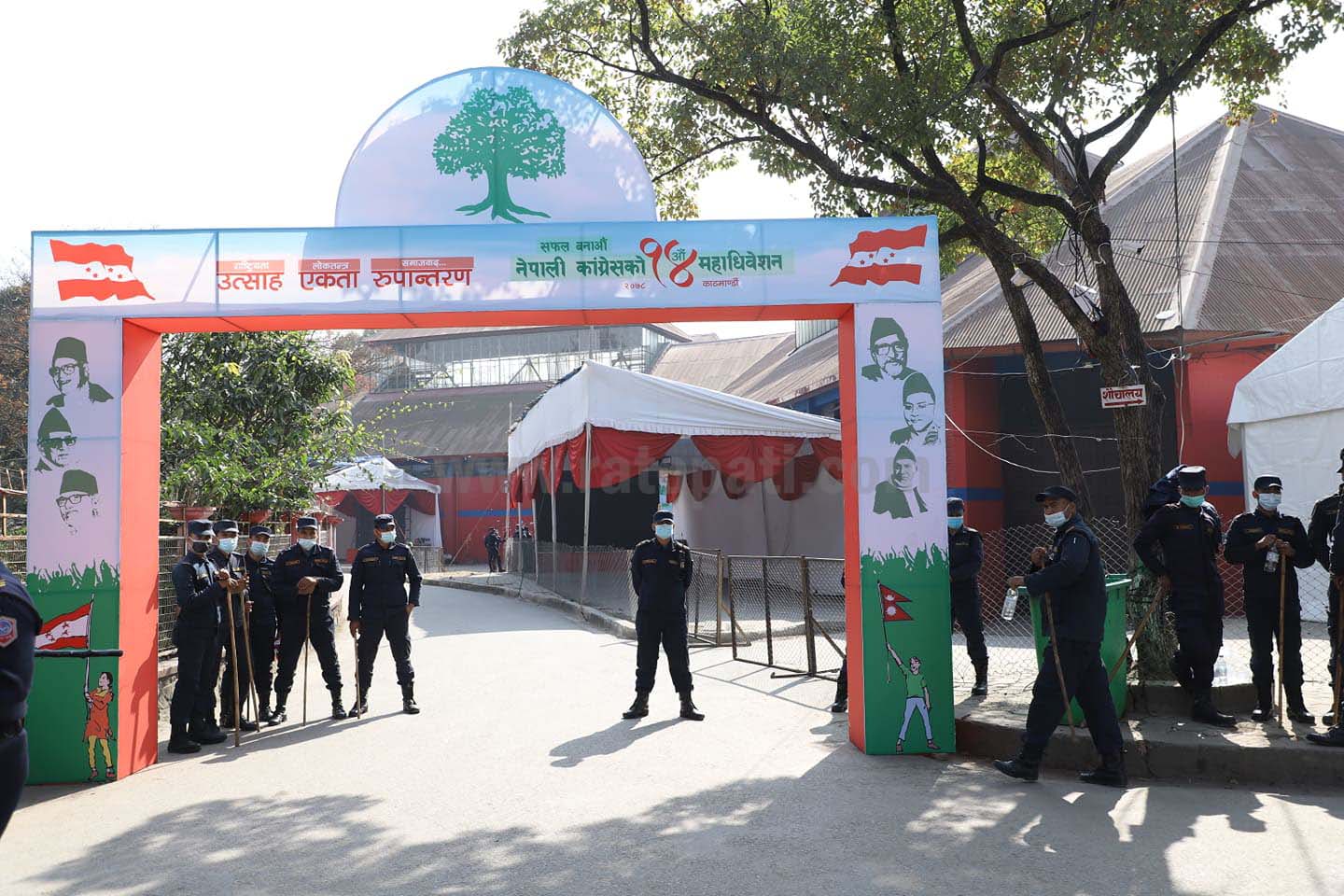 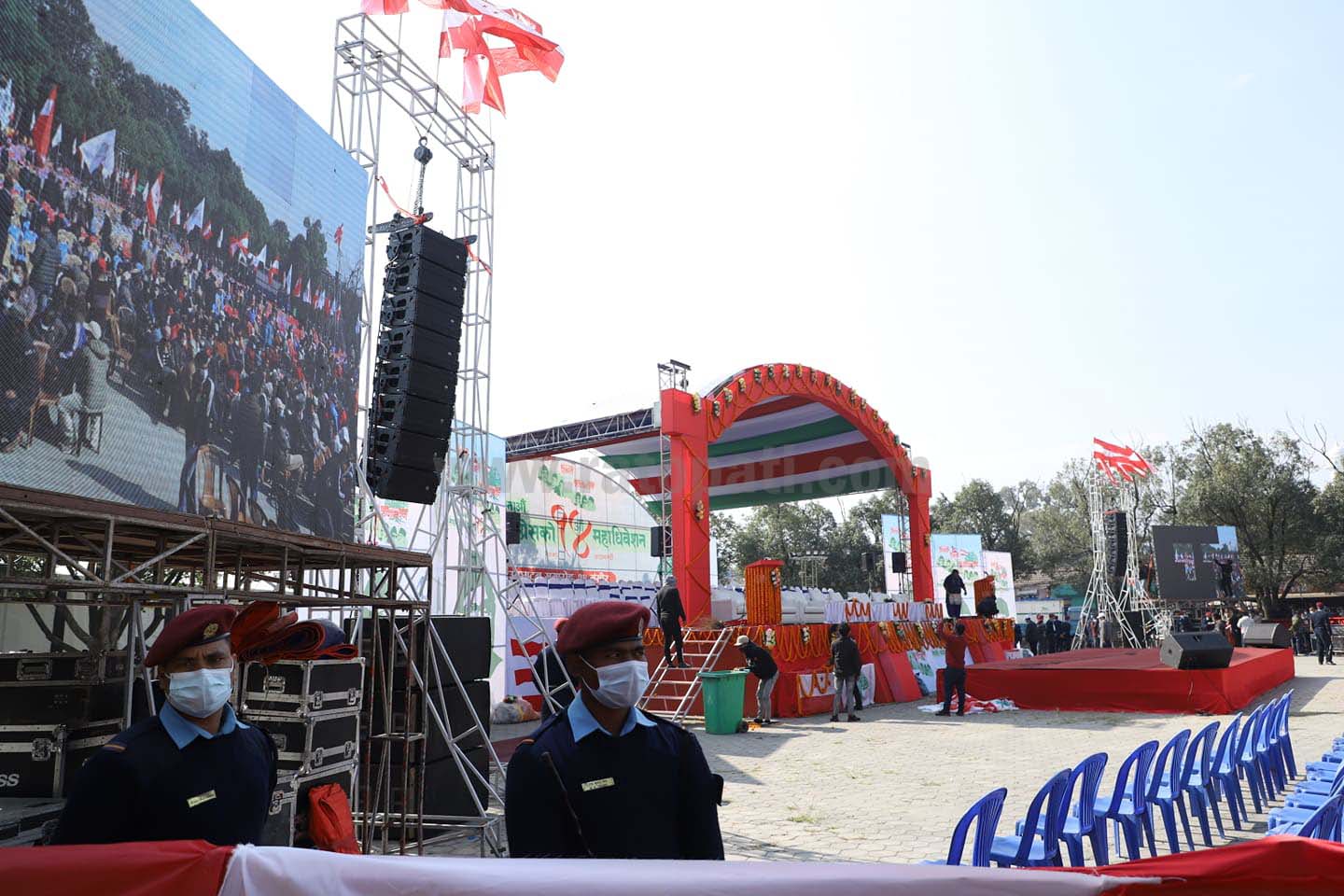 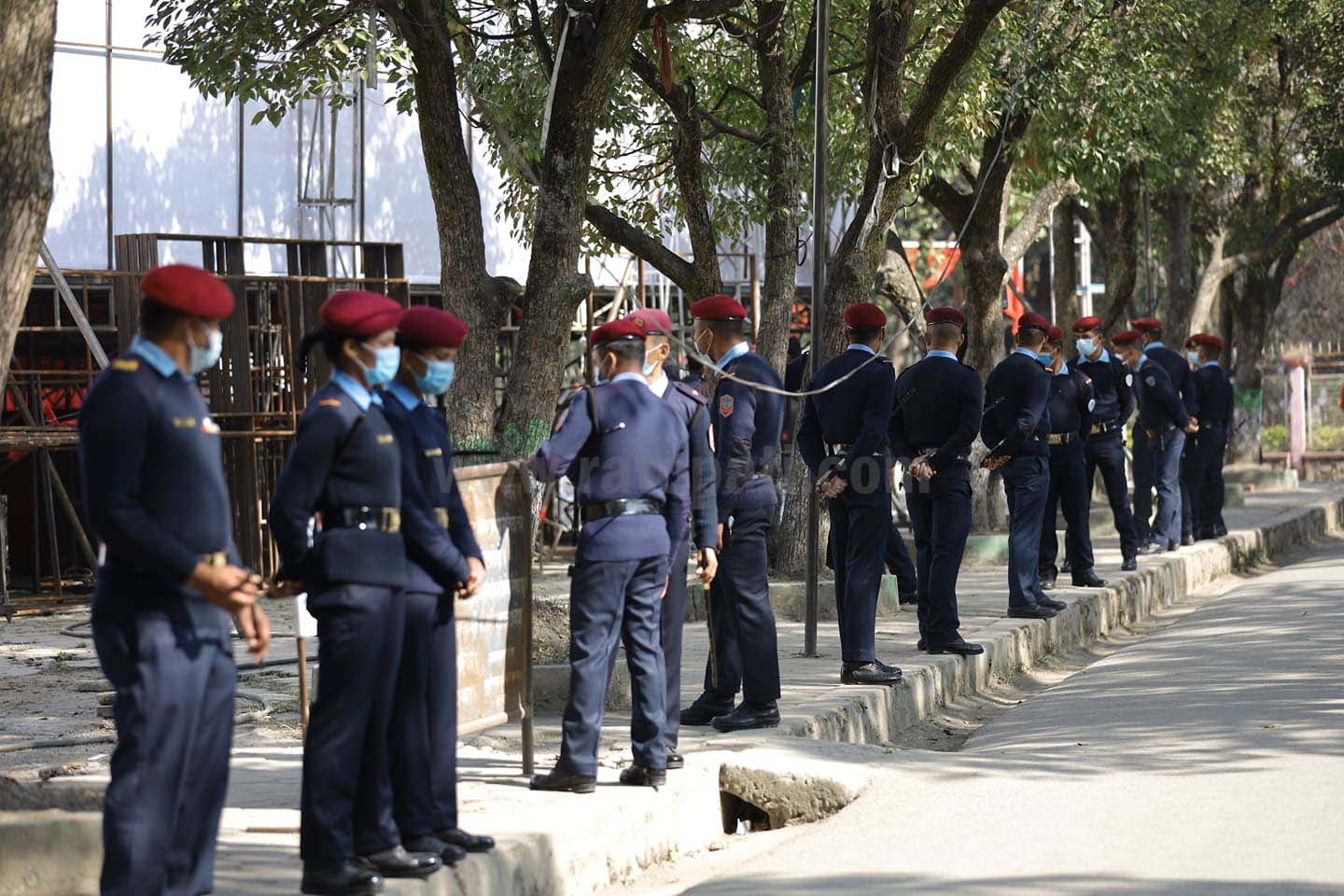 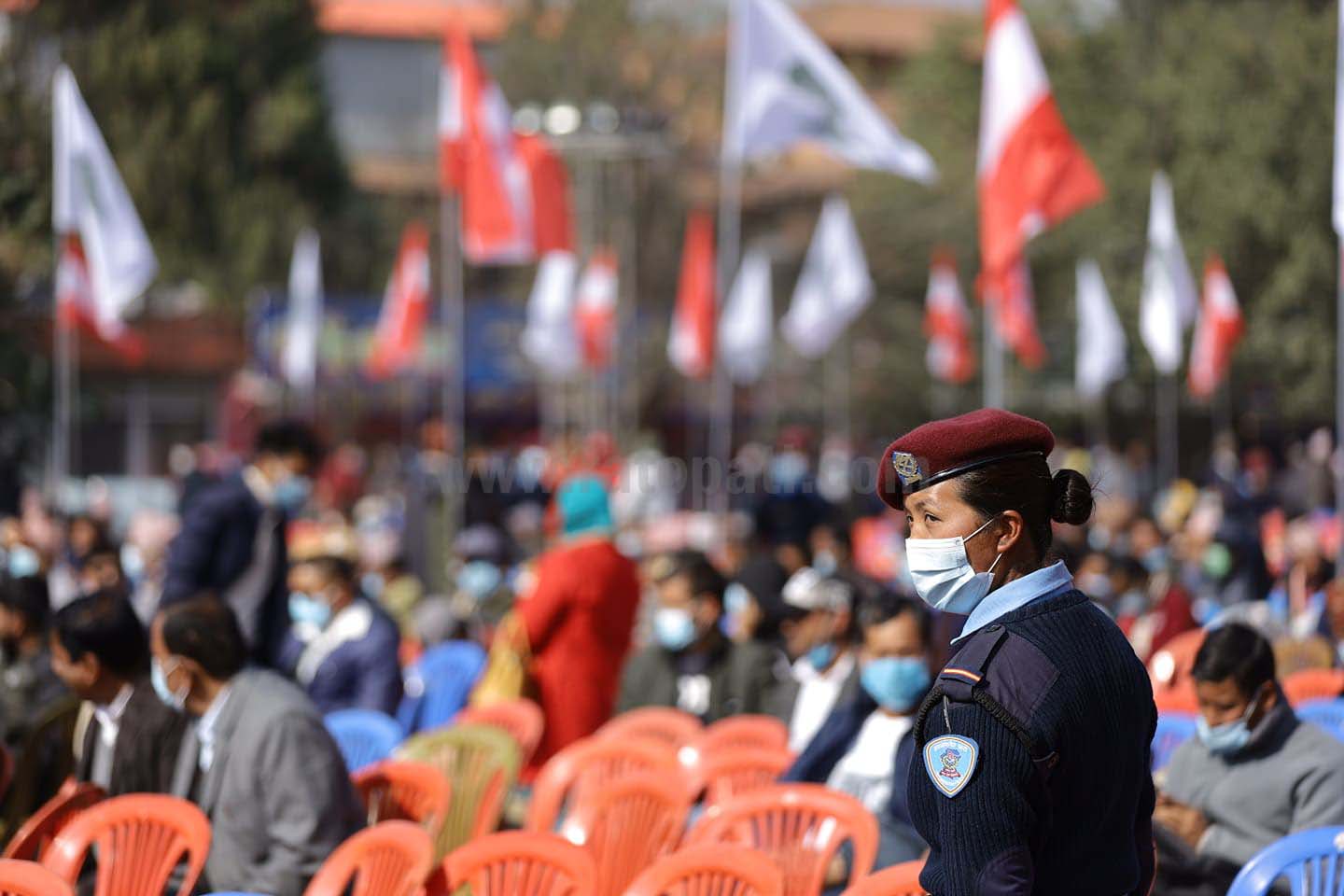 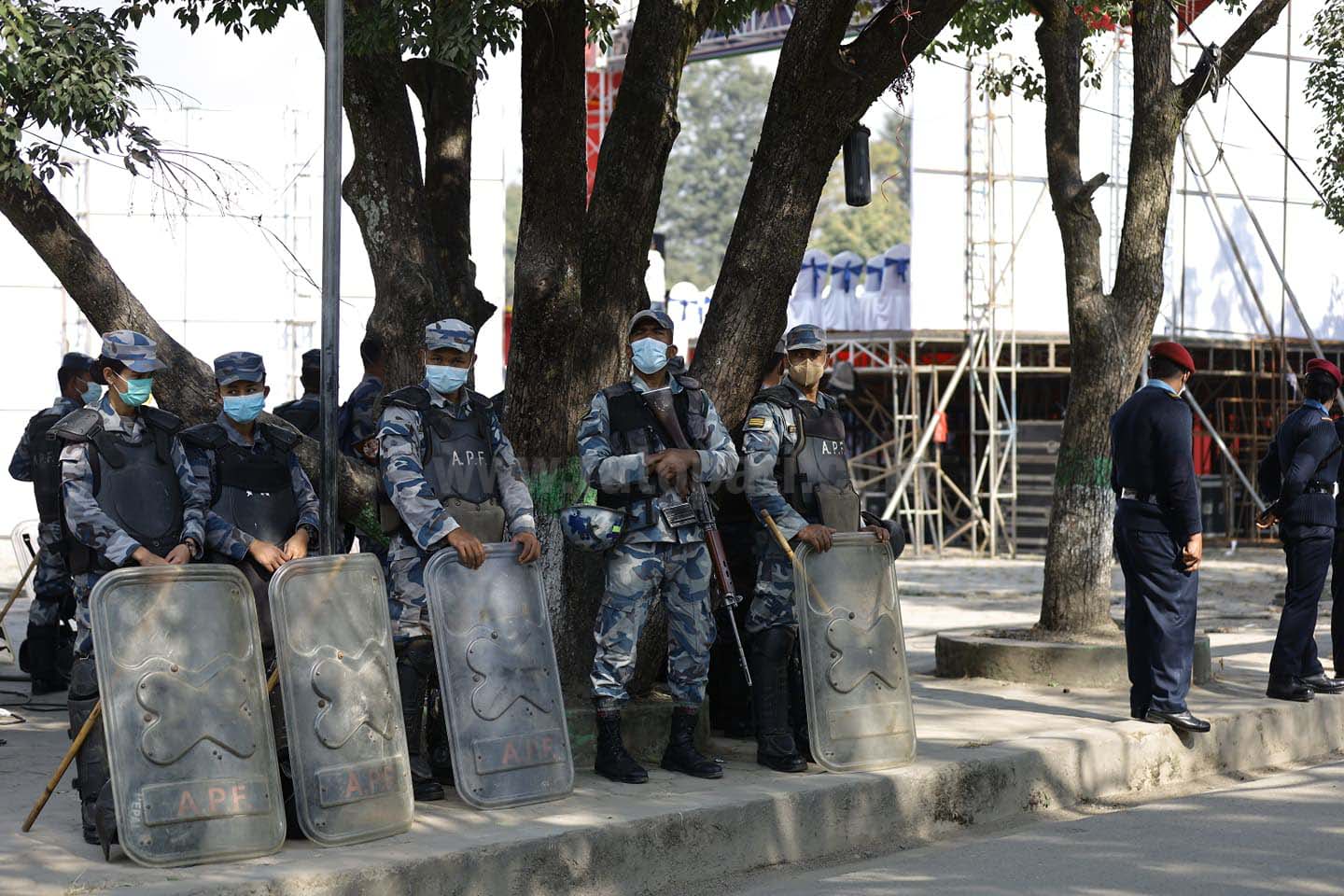 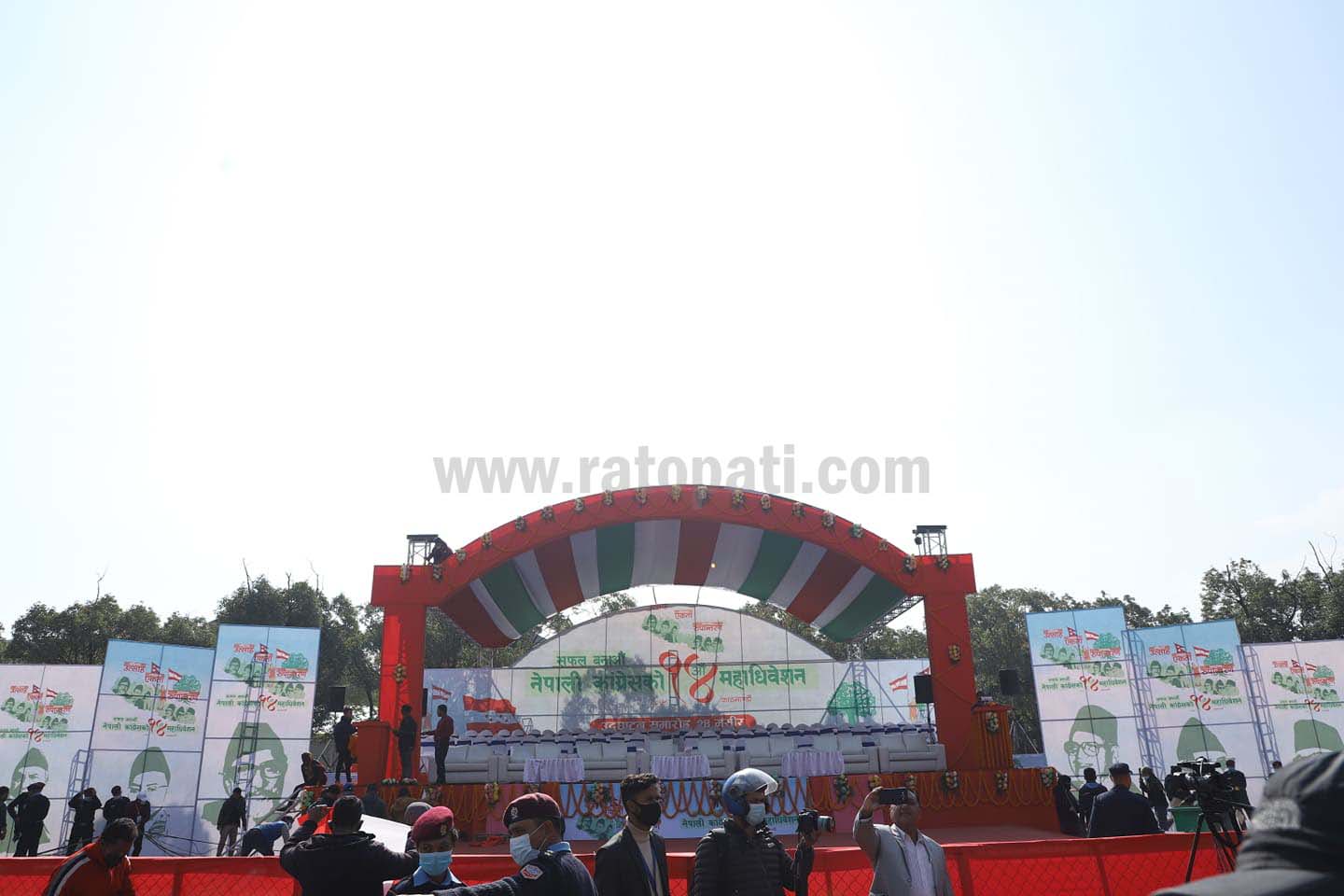 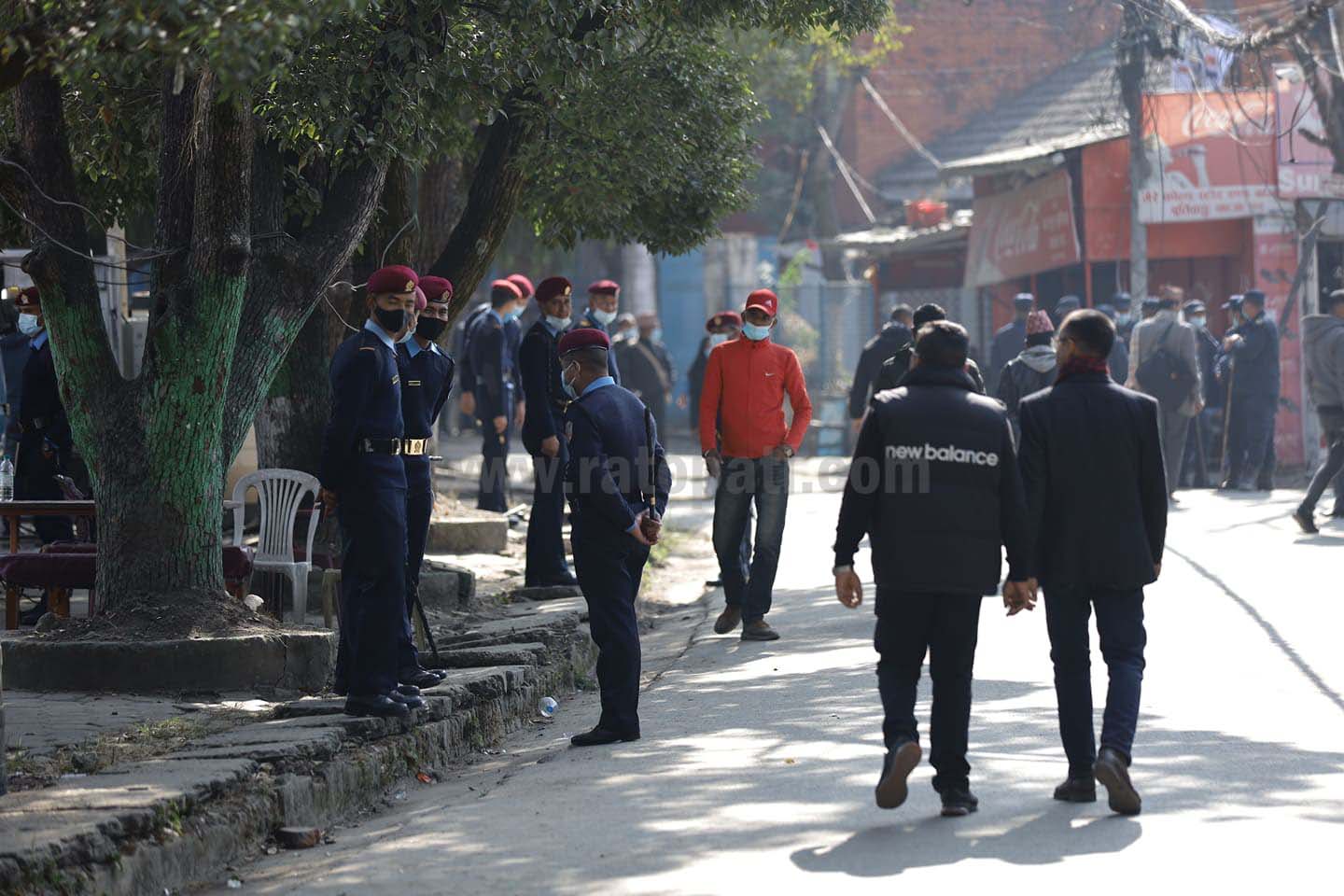 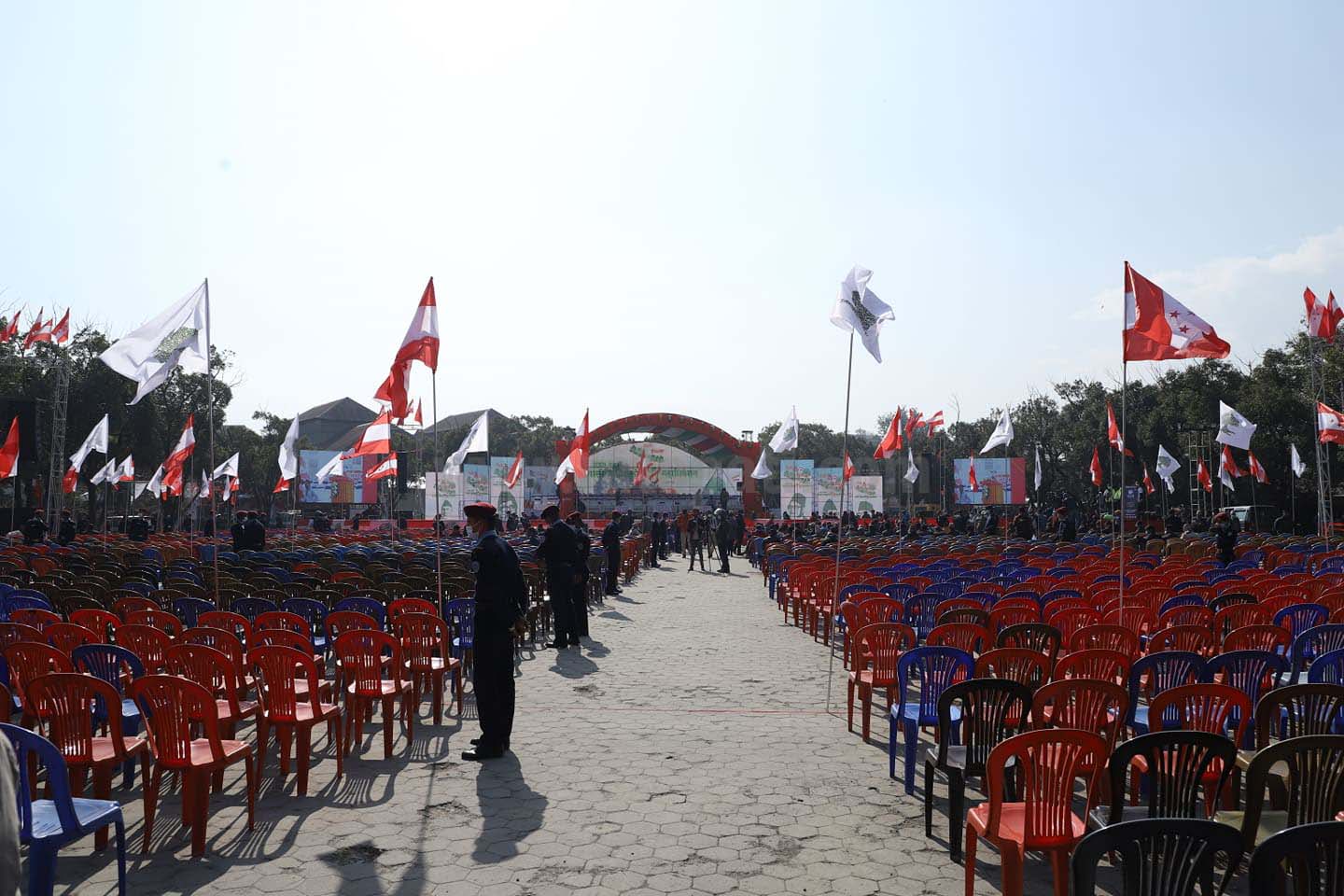 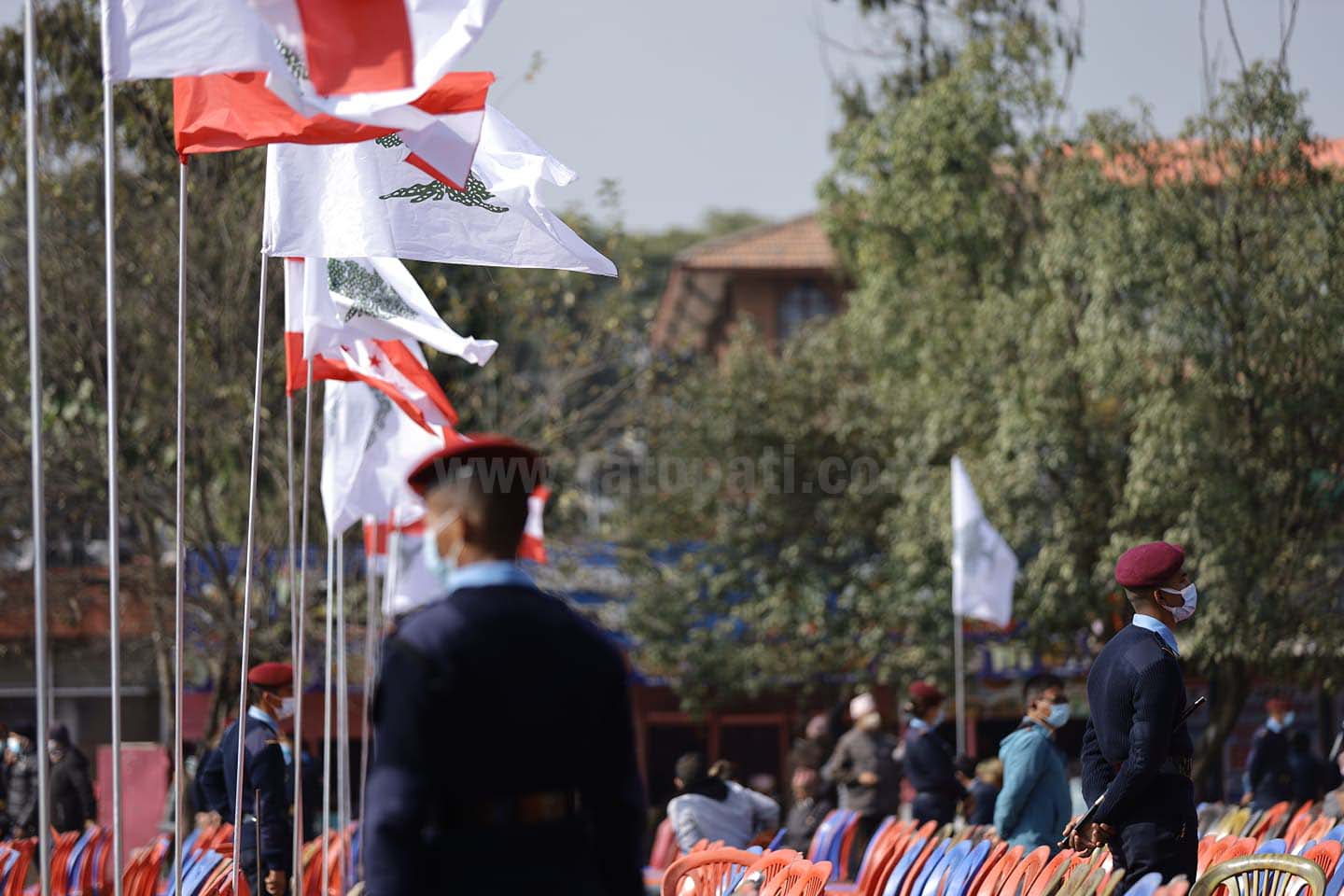 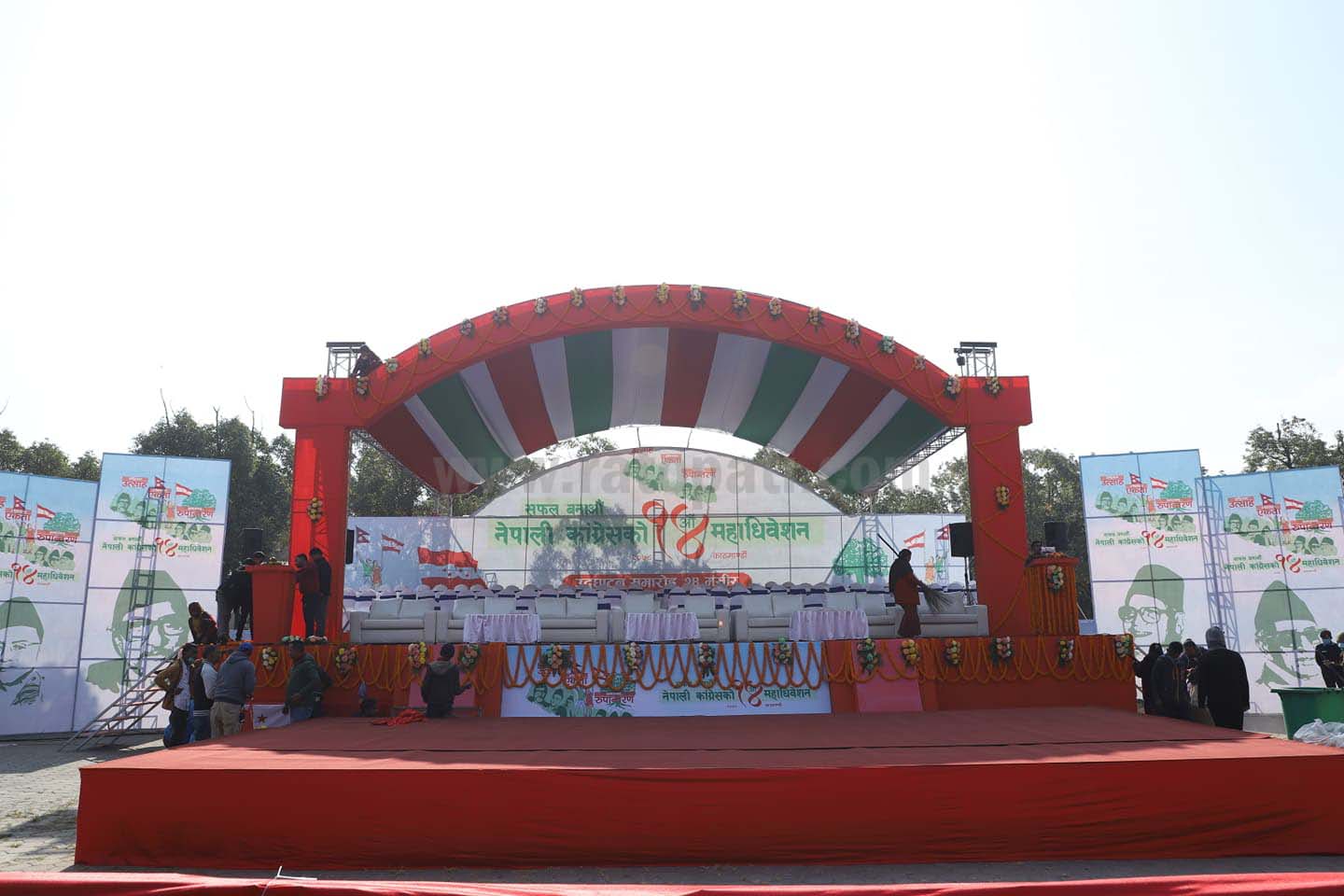 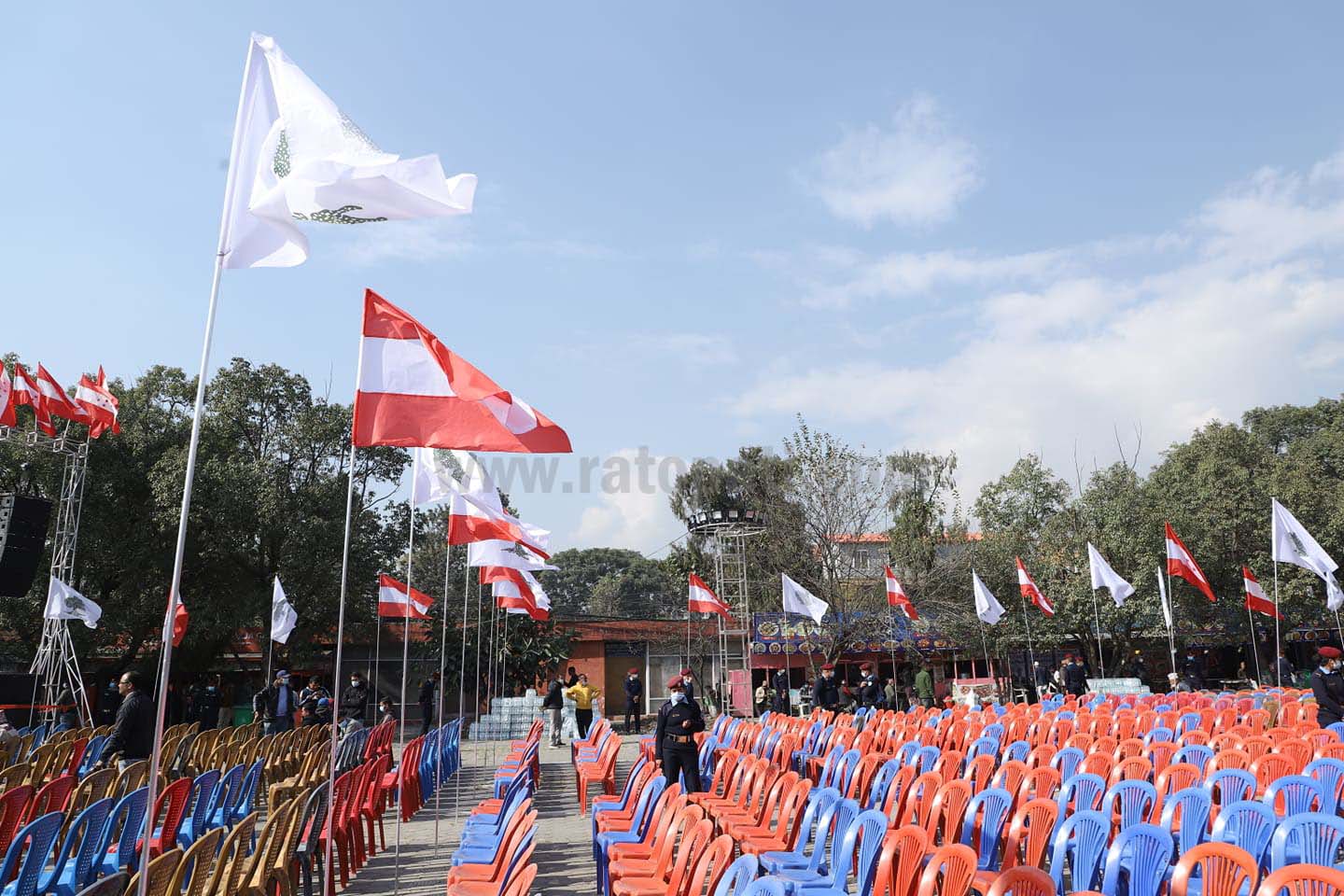 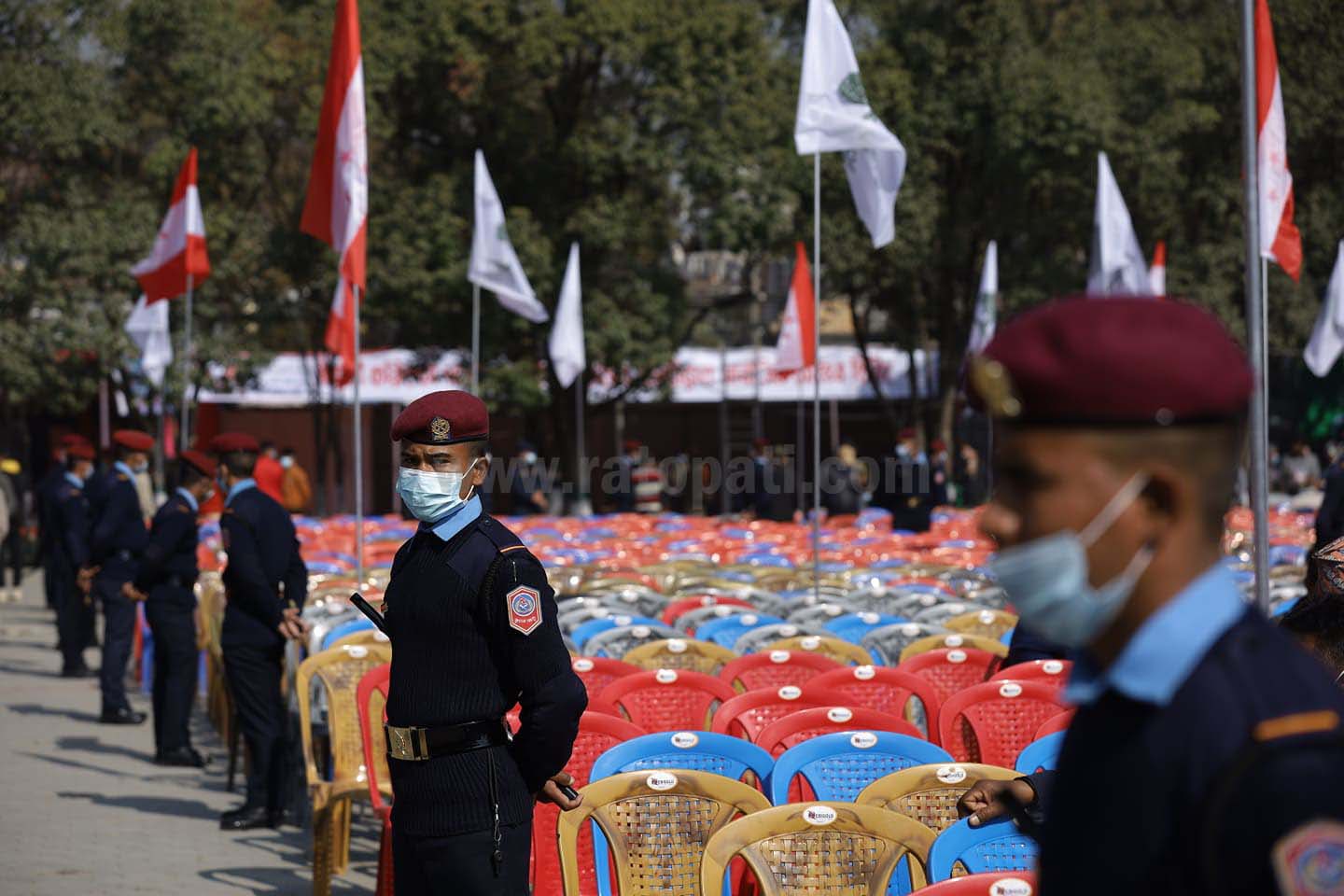 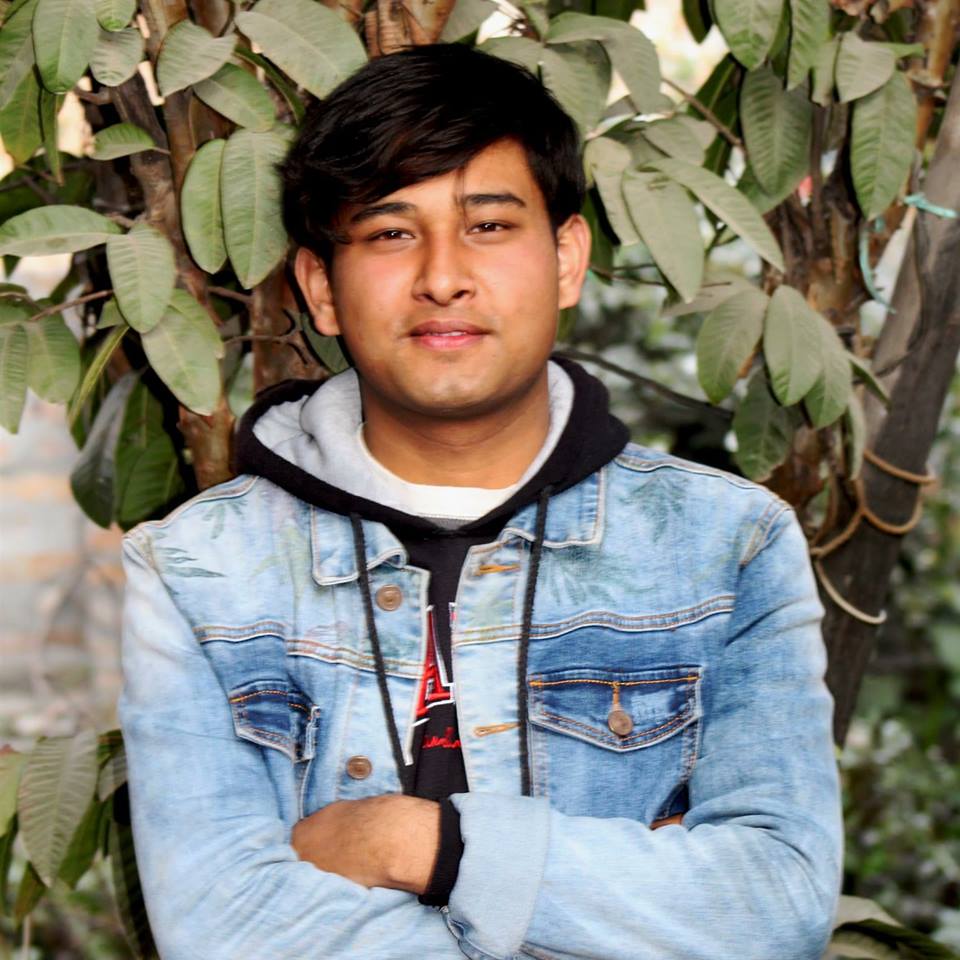