UML’s closed-door session delays by hours, to resume at 7PM 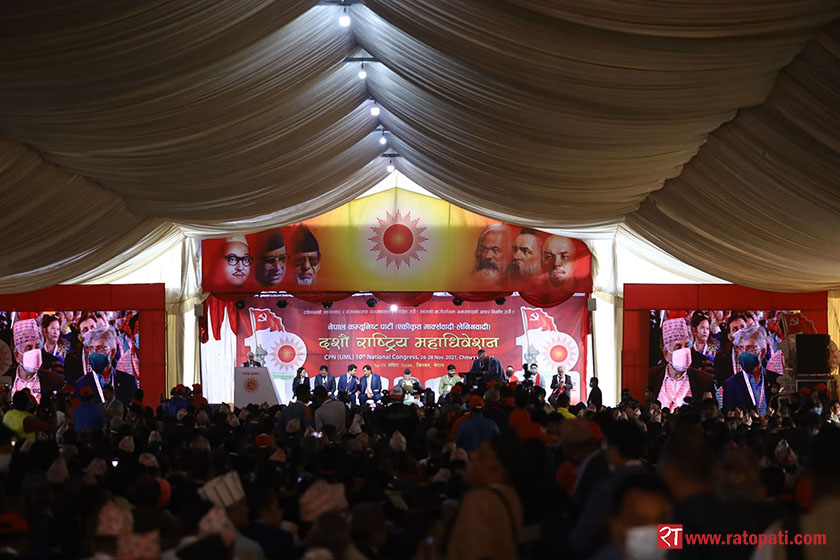 CHITWAN: The closed-door session of the ongoing 14th General Convention of the CPN-UML, which was supposed to resume at 10 AM on Sunday, is yet to enter into regular proceedings even if it is six hours late.

The session kicked off on Saturday afternoon, the second day of the party’s national jamboree.

The party Chairman KP Sharma Oli inaugurated the congress on Friday amidst the presence of a huge crowd.

While leaders, particularly close to Chairman Oli, stressed unanimous leadership, the convention is yet to forge consensus until Sunday evening as multiple aspirants are in the race for the office bearer positions.

Oli is holding a series of discussions with various leaders in an attempt to address their concerns or persuade them to give a nod to his proposal.

It has been learned that Chairman Oli prepared a list of office bearers and central committee members to be ‘elected’ from the ongoing national congress.

UML leader Gokul Baskota shared that the closed session will resume later at 7 PM on Sunday itself.

The party’s national jamboree is supposed to elect as many as 19 office bearers and 301 central committee members.