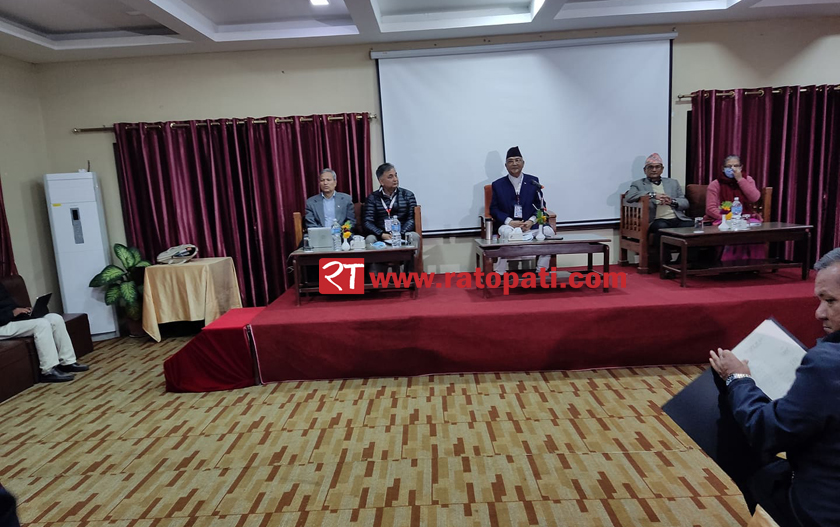 CHITWAN: The CPN (UML) is preparing to increase the size of its Central Committee (CC.

The last meeting of the incumbent CC held in Sauraha on Friday midnight decided to increase the number of office-bearers including the central committee members.

The existing 225-member central committee will be increased to 301 members once endorsed through the close session to kick off from Saturday.

According to UML leaders, the party statute would be amended in a bid to elect the new leadership unanimously.

Moreover, the meeting also decided to form a 99-member politburo. The forty-five-member standing committee, however,  will remain unchanged.

The number of office bearers will also increase as per the proposal of party Chair KP Sharma Oli. Hence, the total number of office bearers has reached 19 from 15. As per the new provision, two vice-chairpersons and deputy general secretaries each will be added. With this, the party will have seven vice-chairpersons and three deputy general secretaries.

As per the decision of the meeting, there will be a 301-member advisory council. Chairman KP Sharma

The statute amendment proposal will be tabled in the closed session of the General Convention.