Countless hazards interfere with modern living. That begins with the technological glitches as we are much dependent on gadgets and machinery assistance on daily/personal to professional functioning. We are acquainted with such errors and prepare ourselves with troubleshooting procedures. More often traffic and infrastructural hindrances are yet another bump that interrupts our flow of movement as well livelihood. However, the biggest and unfathomable one is the climatic hazard which is a new major challenge for civilization. The debate on climate is considered one of the hottest issues and debates in global forums which attracts scholars and professionals as well policymakers from every nation. Starting from the beginning of the 21st century, the most debated topic in the world has been Climate and Global warming.

Undoubtedly, there are numerous human activities that are adversely affecting climate and patterns. Such activities can be traced from the daily activities of humans to the industrial and development activities going around the globe on a large scale. One way or another, each individual is somehow contributing towards carbon emission. Contrary to the involvement in this unfortunate process, the global debate and recognition is hitherto classified to the trade and business owners or at least to those who determine the scale and impact measurement of climate change.

Working in the discipline of climate change and its dynamics is a mammoth responsibility that carves the future of the planet as well as the entire civilization. Altogether, the scientific sphere and socio-economic sphere both should be considered or taken into account while dealing with the crisis in global warming, the adversity of changed climatic pattern, the effect of climate in cropping, flora and fauna, the sea level rise, melting of the polar ice, unwanted yet repeating tsunami occurrences, the chance of extinction of the rare vegetation and animals. Not only is geography and zoology/botany getting into the hell of fire due to continuously increasing global temperature, but its direct impact is being faced by the social, economic and level of livelihood.

Reconciliation with nature to embrace the grandeur it has bestowed upon the human race since the beginning, a higher level of tolerance is essential. Tolerance in the sense that there are countless mining activities going around vulnerable geo-locations like the African continent, East Asian peninsulas, the islands located in Pacific and Atlantic Oceans and the barbaric scale of deforestation happening in and around the Amazon basin. They are subject to stop permanently. We are all aware that half of the oxygen the human race breathes is merely produced by the land occupying trees/forests. The other half is contributed by the coral reefs which is an oceanic phenomenon. These coral reefs are the living organisms keeping intact the level of oxygen in the ocean.

Coral reefs are threatened daily due to the expansion of oil rigs and the expansion of coastal areas or forming new islands in the ocean. These issues are smartly overlooked by the international forums and debates. The new scholars and activists working in the field of climate change and global warming are to be injected with a high alert on the possible destruction of coral reefs. A campaign is already necessary to stop all the infrastructural expansion around the international waters as well the ocean beds are to be preserved like we preserve the tropical rainforests. A chain effect can ripple around the ecosystem and atmosphere if these issues are not heeded upon consequently impacting how we thrive.

Repercussions are where the homogeneity in ascribing knowledge and implementing its results are conventionally considered as scholastic behavior. However, the more conservative humans turn into the crisis mitigation method, the more unfriendly and destructive nature turns. It is a shame being a techno-friendly generation and descendants of the highly witty ancestors, the living together with free and evolving natural heritage is vastly interrupted by human stupidity and greed. The payback time and opportunity may not be sufficient for us scaling the damage we have caused neglecting minor and moderate catastrophes. The appearance of a sci-fi level purge or a calamity can open our eyes but that does not provide the time to heal rather compel witness an obliteration of human civilization.

Since scores of conventions on climate change applaud Greta Thunberg, the issues put above are recognized in their real size but acting according to the accords are not seen at a satisfactory level. A study course as low as to the higher secondary level of schooling and campaigns, training and awareness programs are to be conducted by the signing nations without a delay. Everyone who breathes the air and walks on the earth's surface is a responsible and determined climate activist without a doubt.

Those nations who have commenced industrial progress since the beginning of the 21st century should be waived on the contribution part as the European and North American industrial revolution has left a scar on the ozone layer on an irrecoverable scale. Those are the responsibility of the nations and economies that should be held responsible for spreading the global warming pamphlets in the third world backyards. Discourses prepared in the standard belief of common contribution is a welcoming statement of all the governments around the globe yet the fact is particularly missing that recovery is not possible only stating the crises but deploying the policy of similar standard with James Bond efficiency. 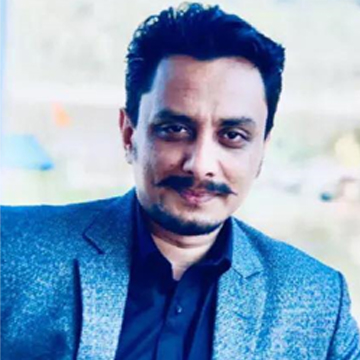