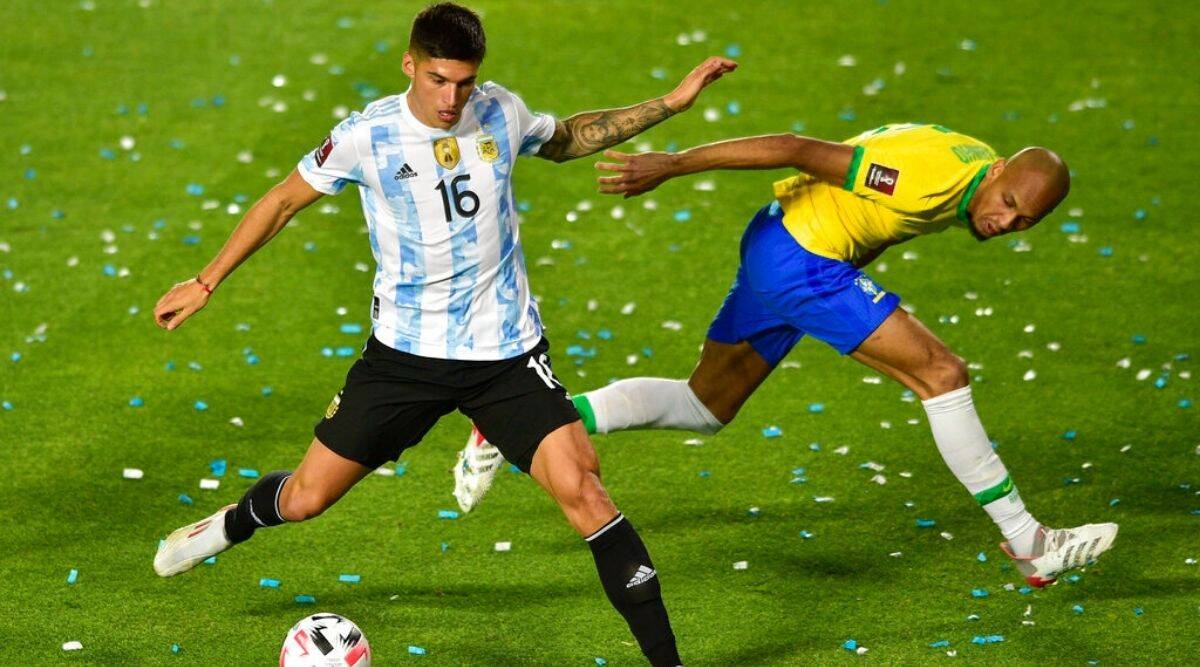 With captain Lionel Messi playing in a deeper midfield role, the Albiceleste dominated possession but rarely troubled goalkeeper Alisson at the Bicentenario stadium in Argentina's central-western city of San Juan.

The hosts managed just three shots on target while Brazil looked more dangerous as they sought to breach Argentina's defense on the counterattack.

Atletico Madrid forward Mateus Cunha went closest to scoring in a physical first-half, rifling a shot from inside the center circle just over the crossbar.

Argentina were lucky not be penalized midway through the first half when Nicolas Otamendi struck Raphinha in the face with a stray elbow. The incident left the Leeds United forward with a bloody wound in the mouth that required stitches at halftime.

Vinicius Junior spurned two gilt-edged chances either side of the interval. First, he chipped a hurried attempt well wide of the target when he had time to compose himself and then he sent a feeble attempt straight at goalkeeper Emiliano Martinez after being set up by Juventus right-back Danilo.

However, the 21-year-old Real Madrid forward produced what was arguably the highlight of the match when he beat Nahuel Molina with an outrageous rainbow flick before passing to Lucas Paqueta, who scuffed his shot from 12 yards.

Manchester United midfielder Fred also went close to scoring in a high-tempo second-half with a fizzing first-time effort from distance that rattled the crossbar.