NC’s 14th General Convention to be held from December 10

KATHMANDU: The 14th General Convention of the ruling Nepali Congress (NC) is scheduled to be held from December 10 to 12.

A meeting of the party's Central Election Committee held at the party's central office Thursday set a new date for holding the general convention in Kathmandu from December 10 to 12 after holding all the elections from the ward level to the province-level.

Gopal Krishna Ghimire, a member of the election committee and senior advocate, said that the constituency level conventions of 46 districts including Kathmandu have already been completed.

The Congress party is yet to resolve the active membership dispute in Rautahat and Rasuwa districts. 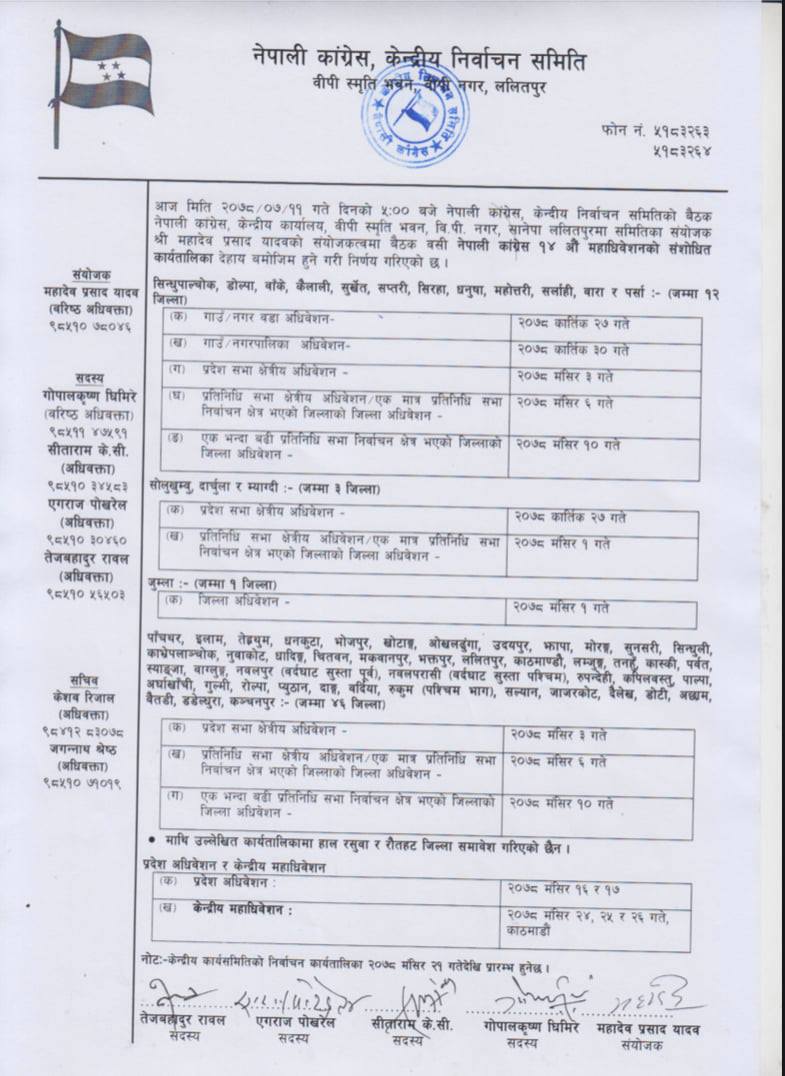