The year 2021 marks the Silver Jubilee of the Food Sovereignty Movement and members of the largest global peasants movement, La Via Campesina (LVC) are Celebrating it with various programs especially this October. The concept of Food Sovereignty (FS) which was introduced by LVC during the world food summit in 1996 has now become the banner of hundreds of organizations not only limited to food and agriculture but also advocating equity, justice, and fraternity. The concept has been recognized by UN agencies such as IFAD, FAO, UNHCR, etc as a peoples' agenda of addressing global poverty and inequality by ensuring the rights of producers. Therefore, it has become an alternative paradigm of transforming rural areas, building self-reliant economics, localizing production and distribution systems, creating fair market and trade; and creating a just society where resources are accessed and distributed equally.

The 25 years of journey of La Via Campesina (which is the network of around 180 peasant organizations in 82 countries around the globe) on Food Sovereignty started questioning increasing hunger and poverty in the world and rejecting false solutions offered by neoliberal capitalism. While inequality, marginalization, hunger are increasing in the world and capitalism has also resulted in the deepening of other crises including environmental, now Food Sovereignty has been recognized and incorporated in the documents of international organizations, governments, and even the UN agencies. On the basis of the concept of Food Sovereignty, in 2018 the UN General Assembly also adopted the peasants' rights declaration (UNDROP) in the direction of ensuring food sovereignty. It took 25 years for LVC to globalize the struggle for Food Sovereignty. That is how Socialist governments such as Cuba, Venezuela, Mali (Past Government), Nepal (Past Government) adopted this concept in socialist construction of agriculture and peasantry and already incorporated these rights in the constitution of those countries.

In Nepal, in the leadership of the All Nepal Peasants Federation, we have been successful in ensuring the right to food sovereignty in the Constitution and law has been enacted to implement the right to food and food sovereignty. It is not only the success of the Nepalese peasants' movement but also a matter of pride to the global peasants' movement. But it is more important to defend those rights and implement the policies and law as there are many attempts by neoliberal and imperialist forces to put an end to all those achievements.

What is Food Sovereignty?

La Via Campesina, International Peasant’s Movement, defines the concept of food sovereignty as, "Food Sovereignty is the right of people to healthy and culturally appropriate food produced through ecologically sound and sustainable methods, and their right to define their own food and agriculture systems. It ascertains the access and control on land, water, forest, biodiversity, animal, and seeds of landless and small farmers, backward and marginalized people community and highly prioritizes agricultural development rather than trade policy.”

There may be different interpretations and understanding of the concepts by people at the local level. But unless it is misused and hijacked by neoliberal agencies such as the World Bank and multinational companies, it is the agenda of the liberation of peasants from the oppression and exploitation of Feudalism and Market Monopoly and the sovereign right of food producers to choose their food and agricultural system.

The framework of food sovereignty states that the problem of hunger throughout the world can't be solved unless we address the issue of access and control of producers to productive resources and producers' rights in the production and distribution system. It also states that food and productive resources are more than commodities to be traded for profit. The livelihood and culture of people shouldn't be traded. But the producers should be given the sovereign right to make decisions in all matters of production, distribution, and market.

How the concept originated?

While the World Food Summit was being held in 1996, the number of people living with hunger and poverty of the world was 800 million. FAO and the governments proposed the food security- approach to reduce hunger by half in 2015.  It is the time when LVC put forward Food Sovereignty as a Solution to the problem against the food security approach where the rich countries donate food to the poor countries, states open trade and liberalize agriculture to solve the problem of hunger and poverty. Food Sovereignty has been also offered as the solution to unsustainable farming of monoculture, industrial farming, chemical agriculture. Food sovereignty has also offered great people-based approaches to resilience and adaptation to climate change. Many research organizations such as GRAIN has claimed that peasants agriculture based on principles of Food sovereignty actually cools the planet.

Food sovereignty has today been set as a fundamental right of all the people and as a guiding principle to ascertain the right of producers to control means of production.

But Food sovereignty is broad and dynamic. The concepts have embraced postulations. Some of them are,

·       Ecological farming based on sustainable practices and bio-diversity based

·       Participation and self-decision of producers

·       Right of the producer on means of production

·       Emphasis on cooperativeness and collectivity

·       Protection of local seeds and practice

·       Rights of laborer and migrants or foreign employees

·       Agro-ecological farming in the production system

·         Sustainable use of Resources and Climate Justice

It's time to implement Food Sovereignty!

The worlds' development at present is grounded on neo-liberalism-led globalization, and if recent history is analyzed in a pragmatic way, we see the connection between neoliberalism and the deepening of crisis with a global dimension. It also reveals that present policies are directed for quick profit or benefits to the big business or corporate houses in the pretext of majority rule and lack an effective and accountable system. Multiple Crises such as Food, Energy, Environmental and Climate, Financial and Debt, as well as the humanitarian crisis are the result of the failure of the neoliberal model. The poverty and hunger toll have also been found increasing for the last few decades, numbering 800 million in 1996, 840 million at present. Therefore, a large number of middle and lower-class people especially peasants, indigenous communities, and Dalits are pushed further into the poverty cycle. Besides the increasing poverty and hunger, various problems such as land grabbing, climate change, environmental degradation, and other crises are also the result of this faulty growth model affecting the livelihood of small farmers in the world.

We all know Food is Life and without food, human beings can't sustain lives. Unfortunately, the majority of small peasants who produce food in a sustainable way protecting biodiversity, respecting natural balance, and conserving culture, are living under poverty and hunger. We have seen that all attempts, especially for the last 25 years since the world food summit 1996 to eradicate hunger and poverty, have failed. Now is the time to learn from the mistakes. During covid-19, we have learned that it is only the localized food system and self-reliant economy that are impacted least. We have learned that privatization and commodification of everything such as food and healthcare was a hurdle to deal with the crisis. Therefore, it is clear that without improving the access and control of producers, without promoting community wisdom, traditional skills, and protecting seed diversity, without building the capacity of farmers to enable them to make decisions in regard to food and agriculture, development of agriculture is not possible. Similarly, based on principles of food sovereignty, agro-ecological practices against conventional farming and prioritized local food systems against the business and dumping of food has no alternatives. The practice of Food sovereignty ensures the rights of producers, produces healthy and culturally appropriate food, and has a great contribution to climate change adaptation. Actually, peasant agriculture cools the planet. Therefore, let's join hand in hand to ensure the food sovereignty of the people.  We hope that the celebration of 25 years of Food Sovereignty in 2021, not only unites the members of La Via Campesina but also the people of the world to demand food sovereignty. Let's hope this year will be the year of implementation of food sovereignty by many of the states around the world. 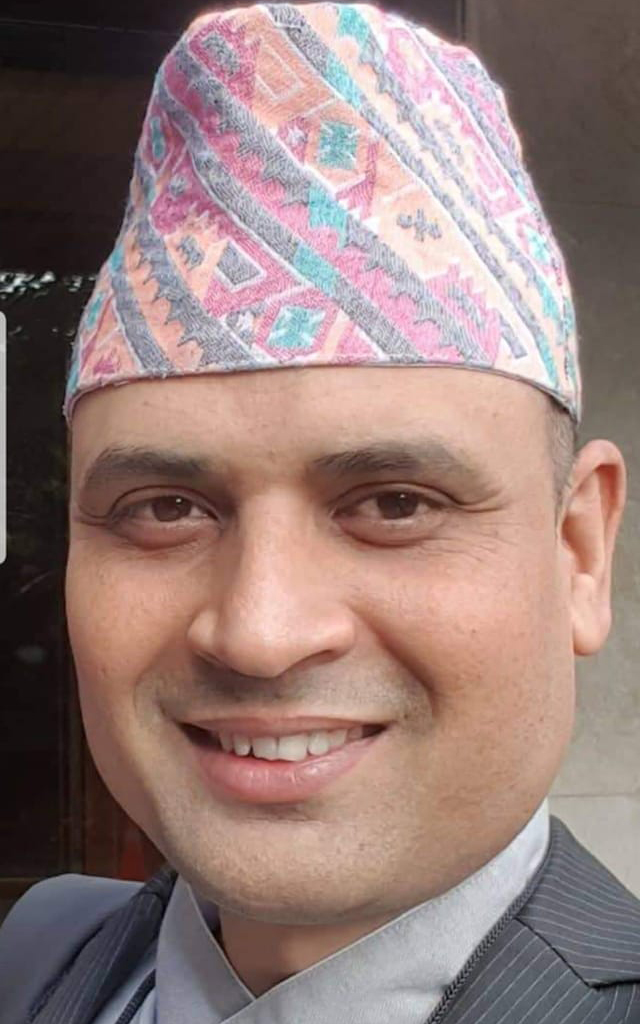