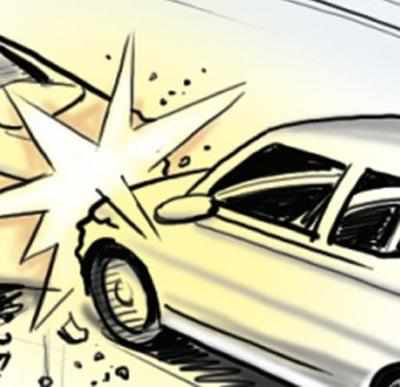 DOTI, October 11: At least four people died and 14 others were injured in a Jeep accident carrying wedding attendants.

The jeep (Se 1 Cha 1763) met with an accident at Panchadewal Binayak municipality-1 in Achham. According to the District Police Office, Achham, the jeep met with the accident at 11.00 pm last night while returning to Binayak Bazaar with wedding attendants.

The deceased have been identified as Jeewan Jaisi, 16, of Panchadewal Binayak municipality-3, Sarpa Bohora, 18, of the same ward, Jeewan Neupane, 13, and fifteen-year-old Himal Nepali.

Jaisi died on the spot while three others breathed their last while undergoing treatment.

Two among other injured were sent to Nepalgunj for further treatment last night while 12 others are being treated at Achham District Hospital, shared by Police In-charge of District Police Office, DSP Tulsiram Aryal.

"We have sent two critically-injured to Nepalgunj for further treatment. Others are undergoing treatment at district hospital", he informed.

Police speculated that the accident took place when the jeep went out of control. (rss)