Seeds are the basic and vital sources of agriculture. From the dawn of agriculture, seeds have been saved and exchanged by farmers and developed in accordance with the local environment. Seeds are living repositories of traditional and cultural knowledge. But at present, a vast diversity of local seeds is disappearing which has impacted agriculture and biodiversity.

The community wisdom about local seeds was a great heritage of the agrarian community. There was the accumulation of knowledge, traditions, customs and culture possible from one farmer to another for countless generations. Farmers have been maintaining seed diversity, conserving nature and ensuring local food security.

In the present context, local seeds which were saved and transferred from generation to generation by farmers are displaced. Due to hybridization, genetic modification and legal protections the control of seeds have gradually moved from the hands of farmers and public breeders to a handful of large multinational companies. Due to this, we can witness the disappearance of our biodiversity and of our seed sovereignty.

Seed sovereignty is the farmer’s right to save, breed and exchange seeds, to have access to diverse open-source seeds which can be saved –and which are not patented, genetically modified, owned or controlled by emerging seed giants.  Farmers have been saving seed for centuries and are supposed to be the ultimate owner of seed so they have the right to save seeds and reproduce them without deteriorating their quality and diversity.

The use of hybrid seeds and Genetically Modified Organisms (GMOs) have been increasing to improve production to meet the demand of the burgeoning population. But in reality, these high-yielding seeds are displacing and destroying the local seed variety. This is threatening our seed sovereignty and genetic diversity.

What are Hybrid seeds and GMO seeds?

Hybrid seeds are produced by cross-pollinated plants. The two different varieties are cross-bred, resulting in a seed that carries one or more favorable traits. The main purpose of hybrid seeds is to improve the characteristics of a resulting plant. But we cannot get the traits that the original hybrid possessed when we save seeds from them and replant them the following year. For this reason, we have to purchase hybrid seeds over and over every year. Furthermore, hybrid seeds also require specific fertilizers which can be costly to many farmers.

GMO seeds are seeds that have had their genetic makeup altered to exhibit traits that are not naturally theirs. In general, genes are taken from one organism that shows a desired trait and transferred into the genetic code of another organism. The goal of the new gene is to produce a helpful trait or characteristic in the modified organism, such as disease resistance, drought tolerance, or improved nutritional value. GMO seeds are bred by biologic engineers who apply modern biotechnology techniques in a lab.

What are its negative impacts?

-A small number of companies hold the patent of seeds. These reduced competition levels make it easier for those in the market to raise the price of seeds. In addition, these improved varieties require specific fertilizers, pesticides and machines. So, hybrid seeds and GMO seeds along with their associated technical package are very costly to small-scale and subsistence farmers.

-GM crops occupy the large surface areas and are linked to intensive monoculture systems that wipe out other crops and ecosystems, reducing biodiversity.

-Not sufficient research on how these seeds will behave over the long term and about their actual effects on the organisms that consume them.

- Ecosystem is imbalanced due to the introduction of altered life forms in the environment.

Seed sovereignty ensures farmers' freedom to save and exchange seeds. This freedom is threatened by the use of patents in hybrids and GMOs by Multinational companies (MNC). Patents are used by plant breeders and agribusinesses to give them ownership of seeds they have created. A patent on seeds would prevent farmers from saving and exchanging seeds and prohibits the farmers' free choice of how to grow and plant.

Patented plants cannot be used for further breeding without the patent holder’s permission. This puts our food supply in the hands of breeders, such as large agribusinesses, not the growers.  Growers will have restricted choices and gradually the diversity of species and genome types will decrease. Furthermore, farmers will be pushed out of this market, leaving large agribusinesses free to determine the price of seeds. Due to this, the cost of input and cultivation will be high which will push the farmers into debt traps. So, farmers have been the victim of the politics of government and MNC nexus.

Seed diversity plays a significant role in maintaining agricultural sustainability. Nepal still contains a large plant genetic diversity but this is being threatened by the increasing use of hybrids. There is no denying the fact that these technological advances are taking place to tackle the problem of a growing population but they should be within the framework of agricultural sustainability and seed sovereignty.

Seed sovereignty is the foundation for food sovereignty. Without access to high-quality seeds and the ability to save, use, breed, and share seeds freely, true food sovereignty is unattainable. In a country where 68% of the total population depends upon agriculture for their livelihood and 18 percent of people still living under the poverty line, we cannot achieve food security depending upon large agribusiness and putting farmers' freedom under threat. It is our inherent duty to protect the indigenous seeds of our country to feed and nourish ourselves and future generations instead of running behind large multinational companies. 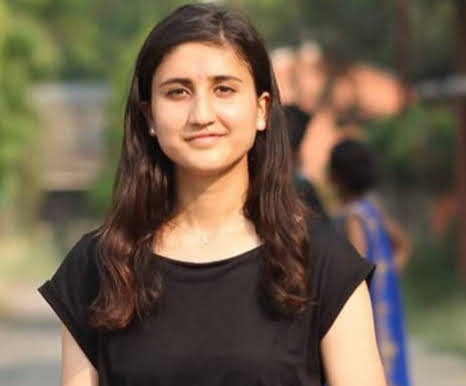