All about black fungus: Types, symptoms, diagnosis and preventive measures

According to the Centers for Disease Control and Prevention (CDC), mucormycosis (previously known as zygomycois) or black fungus is a rare fungal infection that causes life-threatening infections in humans. Primarily, mucormycosis is caused by a group of black molds commonly referred to as mucormycetes. The spores of these ubiquitous fungi are commonly found in soil, fallen leaves, compost, animal dung, and air. Mucormycosis primarily affects immunocompromised individuals or those who have been afflicted with other diseases such as diabetic patients, solid organ transplantation, neutropenia, long-term systemic corticosteroid usage, HIV-infected patients, hemochromatosis, and cancer patients under chemotherapeutic treatment. Humans get infected after inhaling fungal spores from the air; it most usually affects the sinuses or lungs. Infection also occurs rarely as a result of a cut, a burn, or other sorts of skin injury. Though mucormycosis causes a severe infection in humans, it is non-contagious i.e. not transmitted from human to human. However, humans get infected through accidental inhalation, ingestion or inoculation of spores.

The major symptom of mucormycosis is characterized by nasal discoloration or blackening, impaired or double vision, chest discomfort, breathing problems, and bloody coughing. When the fungus enters the nose, it causes runny nose, sneezing, and dryness; when it reaches the eyes, it causes swelling, vision loss, and redness. The fungus typically infects the eyes, nose, and brain. Eye, nose, ear, and throat therapy can be done by consulting a doctor as soon as any of these symptoms arise.

Preliminary diagnosis of mucormycosis is achieved based on the patient’s clinical history, physical examination, and risk factors associated with mucormycosis while confirmatory diagnosis is done by tissue biopsy test. Surgical debridement of infected organs and use of antifungal drugs such as Amphotericin B, posaconazole, and isavuconazole, and adjunctive treatment strategy are the treatment approaches for mucormycosis.

Inappropriate use of corticosteroids, and antimicrobial drugs used for the treatment of COVID-19 infection, and weakened body’s immune system due to COVID-19 infection in immune-compromised patients, there is an upsurge rate of occurring mucormycosis. Besides, Covid patients who undergo oxygen therapy are very much susceptible to encounter mucormycosis, as artificial oxygen intake creates a humid environment that is suitable for the flourishing of mucormycetes.

Second variant of covid-19 and mucormycosis:

The “Indian variant” of SARS CoV-2, more precisely known as B.1.617, is a coronavirus variant that had a significant role in the second wave of epidemics in India and has now spread to a number of countries, including the United Kingdom. There is mounting evidence that it is spreading quicker than the B.1.1.7 variant from the United Kingdom, sometimes known as the Kent variant. B.1.617.2 has become the most commonly reported variation in India and Nepal. Along with the ravaging case of COVID-19, there is an increasing case of mucormycosis among the patients infected and recovered from the COVID-19 in Nepal and India. The Nepalese government certified the presence of the B.1.617.2 coronavirus variant months after the outbreak of the second wave as an Indian variant. Consequently, there is an occurrence of fungus in Nepal at an alarming rate, considering mucormycosis has already been declared an epidemic in neighboring India, with around 9,000 cases documented across the country, particularly in Covid-19-affected areas like Gujarat, Maharashtra, and Andhra Pradesh.

NDTV reported that over 31,000 black fungus cases had been identified in India, with over 2,100 people dying as a result of the infection from June 11. According to Christopher Coleman, assistant professor of infection immunology at the University of Nottingham in the United Kingdom, “the virus inhibits the immune system as part of its reproduction cycle, preventing the immune system from clearing other bacteria or fungus”. For instance, HIV causes long-lasting immune suppression. Similarly, in the case of COVID diagnosed and recovered patients, black fungus easily gains access to further aggravate the already weakened immune system by a virus causing opportunistic infections (OI’s) or secondary infection.

From this one can easily predict that in COVID patients under an immune-compromised state, there is a greater chance of causing secondary infection not only through black fungus besides many groups of bacteria and fungi that are responsible.  Pigment production by fungi in fungal culture media is one of the best approaches for the differential diagnosis of specific fungal species. Many of the fungi produce black, yellow, green, white, and other pigments in the fungal cultivation medium. Mucormycosis produces black, Mycena cinerella produces white, and Aspergillus spp. produces green and yellow pigmentation in the fungal culture medium. In Covid patients, subsequently, there is an increased incidence of fungal infection due to black fungus, white fungus, yellow fungus, and recently the newly diagnosed yellow fungus cases are reported in India. According to the Economic Times, the first case of green fungus (Aspergillosis) infection has been reported in Madhya Pradesh for the first time in a 34-year-old recovered Covid patient.

A severe fungal infection known as black fungus was initially discovered in India and has now spread to at least four other nations. Many cases have been documented in Chile and Uruguay in South America, as well as Egypt and Iraq in the Middle East. A case of a 50-year-old patient who recovered from COVID-19 has also been reported as black fungus by Uruguayan authorities.

Even though Nepal had experienced a small number of mucormycosis cases before the COVID-19 pandemic last year, doctors expect the number of such patients increased dramatically among COVID-19 patients during the second wave of the pandemic, which began in early April. In Nepal, four individuals have died and four more have lost their eyesight as a result of a black fungal illness.

So far, four people in Nepal have undergone eye debridement surgery and finally, eyesight is lost owing to the black fungus infestation. However, treatment of the infection promptly avoids vision loss. Currently, 15 patients with black fungus are being treated at TUTH. One of them died about a month ago (June-3, 2021).

According to the Himalayan Times, in Nepal, the first case of death from mucormycosis or black fungus was reported on 3rd June 2021 in 65-years old patients. The patient was being treated at the ICU at Seti provincial Hospital in Kailali district, after being diagnosed with temporal lobe encephalitis. However, he was tested negative for COVID-19.  On 5th June 2021, another 48-year-old man from the southern Dang district died from mucormycosis at the Tribhuvan University Teaching Hospital.

A Coordinator of the Mucormycosis Management Committee at the Kathmandu-based Tribhuvan University Teaching Hospital said “the condition of the deceased patient was already critical as he was earlier infected with coronavirus when he was admitted to the hospital”. According to a report, the Ministry of Health and Population confirmed 10 new cases of black fungus from Nepalgunj, Birgunj, and Kathmandu districts. Mucormycosis was diagnosed in two new patients admitted at the Tribhuvan University Teaching Hospital on Saturday (June 26, 2021) —a 56-year-old woman and a 65-year-old man. Mucormycosis is most usually detected with diabetic Covid-19 patients. In Nepal, with the additional new cases, the total number of mucormycosis patients at the government-run hospital has risen to 14. According to the health ministry, there have recently been 22 cases of black fungus diagnosed in Nepal. Meanwhile, the number of incidents of black fungus is on the rise. A dozen patients were infected with the fungal illness in early June. Even while the number of daily new coronavirus infections in the country has been steadily declining, the number has already risen to about two dozen.

More COVID patients have developed black fungus, but Nepal lacks the proper medications for treatment of this unusual fungal illness. As the number of instances of black fungus rises, the country confronts a medication scarcity since India has restricted the export of the drugs. So far, there have been about two dozen occurrences of black fungus among diabetic COVID-19 patients, with at least six deaths. Depending on the severity of the infection, 60 to 100 vials of Amphotericin injections may be required over 4-6 weeks. Massive stocks are required in the case of an outbreak. Treatment is extremely expensive, costing upwards of Rs.50, 000 for a single day of therapy. India, the drug's primary supplier, has prohibited its export of Amphotericin B to Nepal. A report based on the Indian media, a vial of Amphotericin B can cost as much as INR (5,000-6,000) or over Rs.10,000 in India. If a patient requires 80 vials, the total cost of the medication will be about Rs.800, 000. Due to the scarcity of drugs on the market, there is a greater chance of the black market price. In Nepal, many hospitals of rural districts suffer from a poor health infrastructure, poor resources settings, and lack of equipment, medications, and health professionals who are woefully unprepared to deal with the looming menace of black fungus. Following a dramatic increase in instances of black fungal infections among COVID-19 patients in India and Nepal, the World Health Organization (WHO) appealed on Thursday (July 1st) for the medicine used to treat the disease to be reduced in price, according to media reports. “AmBisome” is lipid-based Amphotericin developed by Gilead Sciences in California. It is used to treat black fungus infections that begin in the nose and swiftly travel to the eyes and brain. According to the Financial Times, the WHO has requested the manufacturer to cut its costs and increase supply to counteract the quickly expanding cases in South Asia. Meanwhile, Zydus and TLC, a Taiwanese specialty pharmaceutical company, signed a license supply and commercialization deal to market “AmphoTLC” (Amphotericin B Liposome for Injection 50mg) in India in May 2021. AmphoTLC is the first and only complex generic medicine to achieve bioequivalence with Gilead's AmBisome, demonstrating its similarity to the world's safest derivative of Amphotericin B.

Preventive measures for mucormycosis comprises wearing a mask for avoiding inhaling spores, avoiding damp places where fungi grow, using gloves in the garden to avoid contact with the soil, hand washing, use of sanitizers, and use salty water for rinsing the nose. Special care should be taken by the diabetic patients following regular control and monitor of blood glucose levels, especially after the COVID-19 recovery. Inappropriate use of steroids and immune-modulating drugs should be reduced or discontinued. However, there are no vaccines available for mucormycosis prevention. As in neighboring countries, India majority of COVID recovering and recovered patients suffer from the black fungus disease; Nepal has to be properly equipped and strategically prepared to handle such cases in the coming days.

Author has completed M.Sc. in medical microbiology from Tribhuvan University 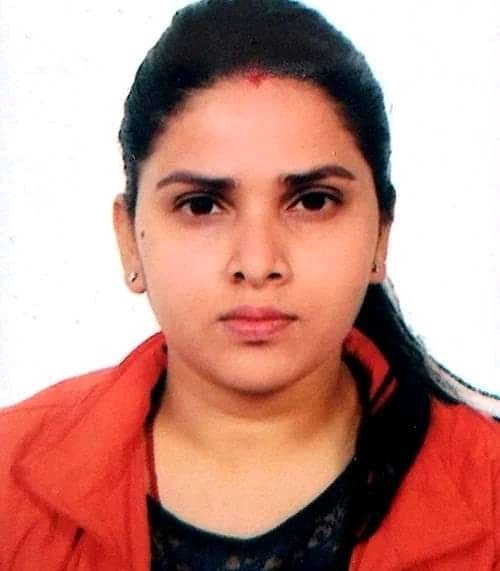