Prohibitory orders eased in Kathmandu, what are allowed? 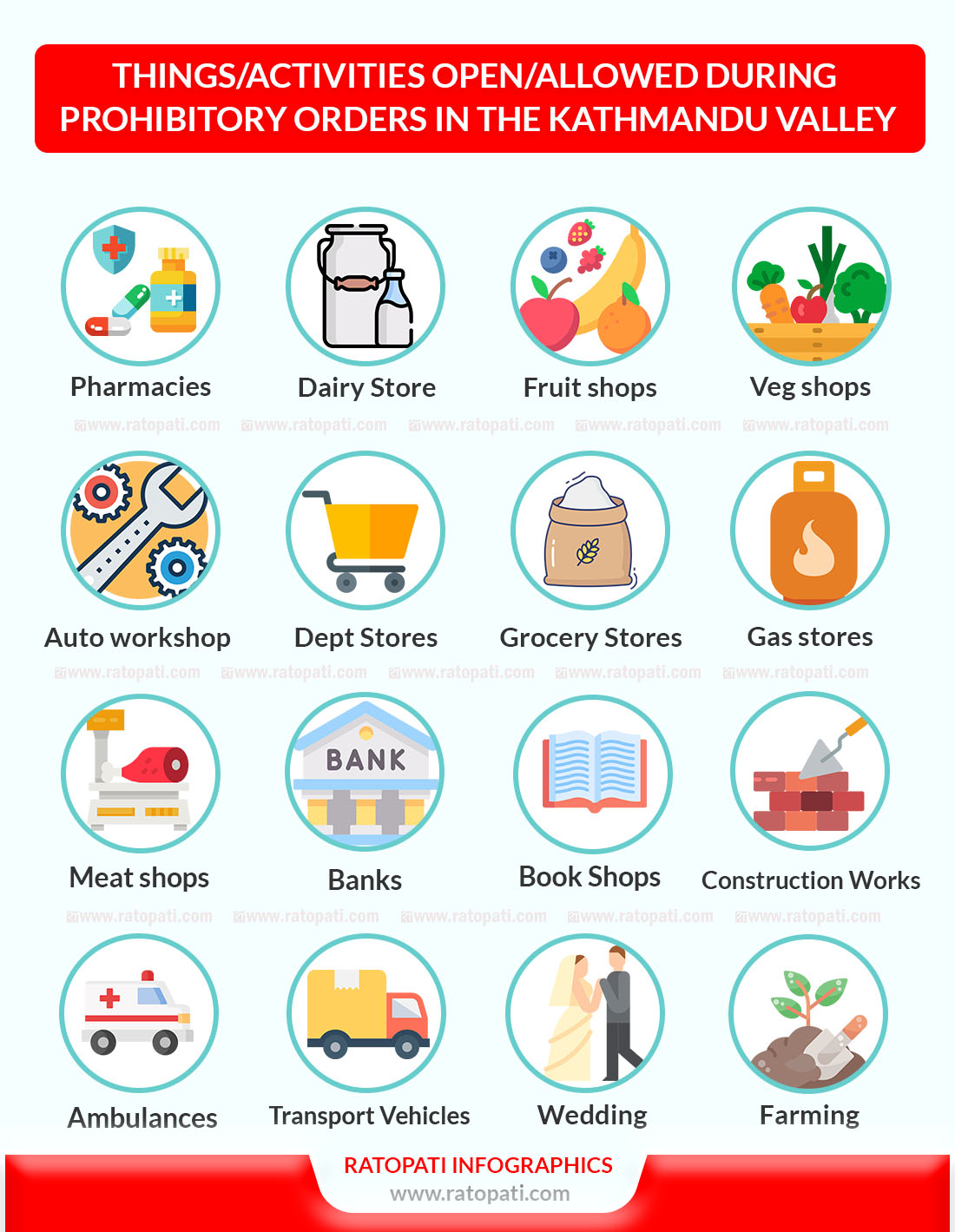 KATHMANDU, June 2: The district administration offices (DAOs) of the three districts [ Kathmandu, Lalitpur and Bhaktapur] decided to extend the ongoing prohibitory orders, which were due to expire on Thursday midnight as of May 27 decision, by another 11 days. With this, the fresh restrictions will be imposed until June 14.

The restriction orders, which are in force since April 29 in an attempt to break the infection chain in the country’s most populous city, however, have been a bit relaxed as an indication to normalize the city life impacted by the complete closure of business and other normal activities.

With the fresh orders, which are due to come into effect from Friday, grocery stores and grocery sections of the departmental stores are allowed to open until 9 in the morning. Similarly, fruits and vegetable stores, shops selling cooking gas, water and dairy products will also remain open until 9 AM as usual.

The chief district officers (CDOs) of the three districts also issued the orders to allow the operation of stationery shops until 9 in the morning. Similarly, workshops that repair automobiles are allowed to open between 9 PM and 9 AM as per the recent orders.

The development works are also allowed. The transportation of construction materials, however, is allowed only during night [ 9PM to 4 AM ].

Wedding and other social ceremonies  can be carried out only at homes with a maximum of seven participants.

The orders have allowed the operation of vehicles discharging emergency services. However, the private and public vehicles other than used for emergency purposes, are not allowed until midnight on June 14.

See the orders issued by the District Administration Office, Kathmandu. 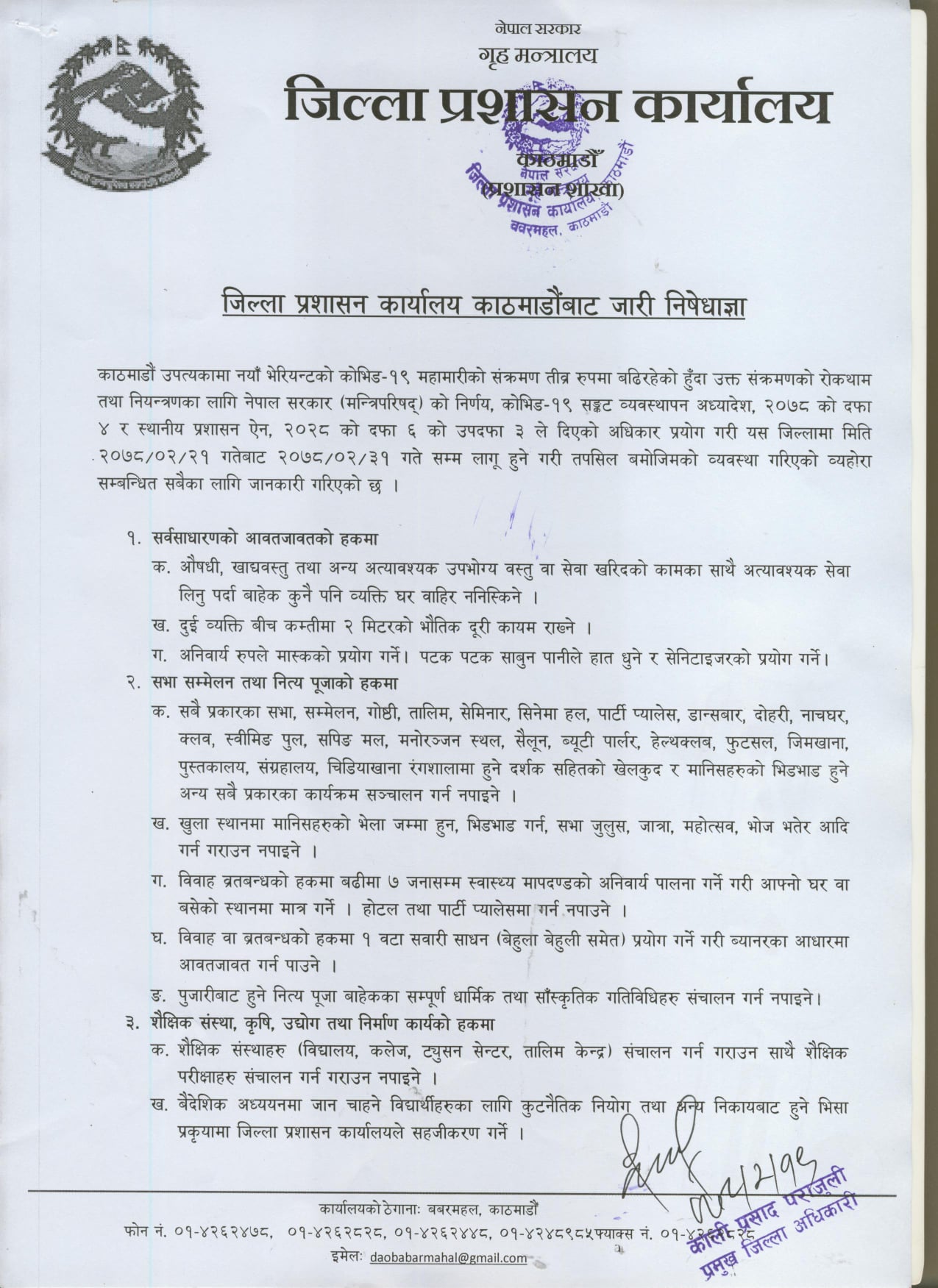 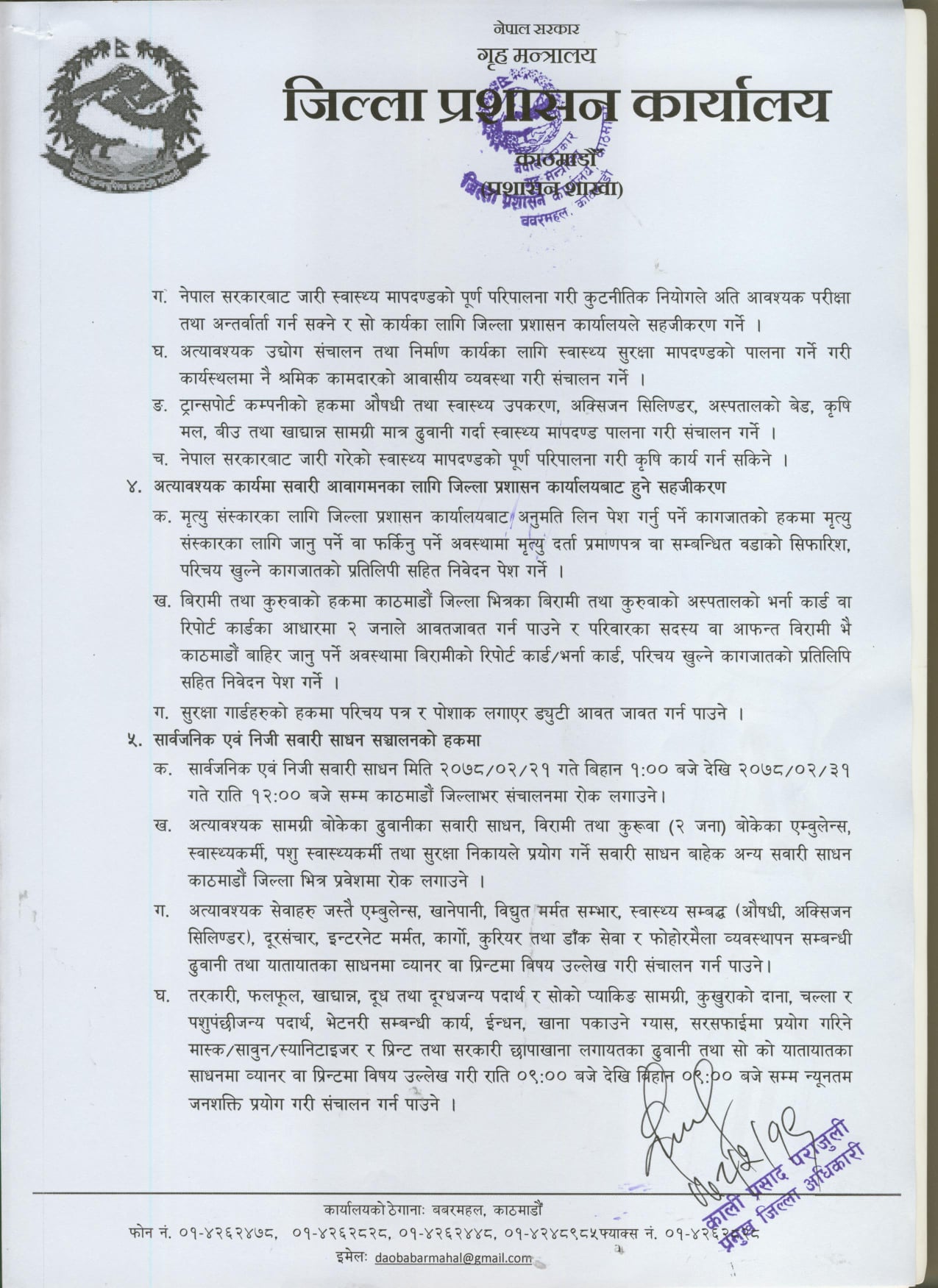 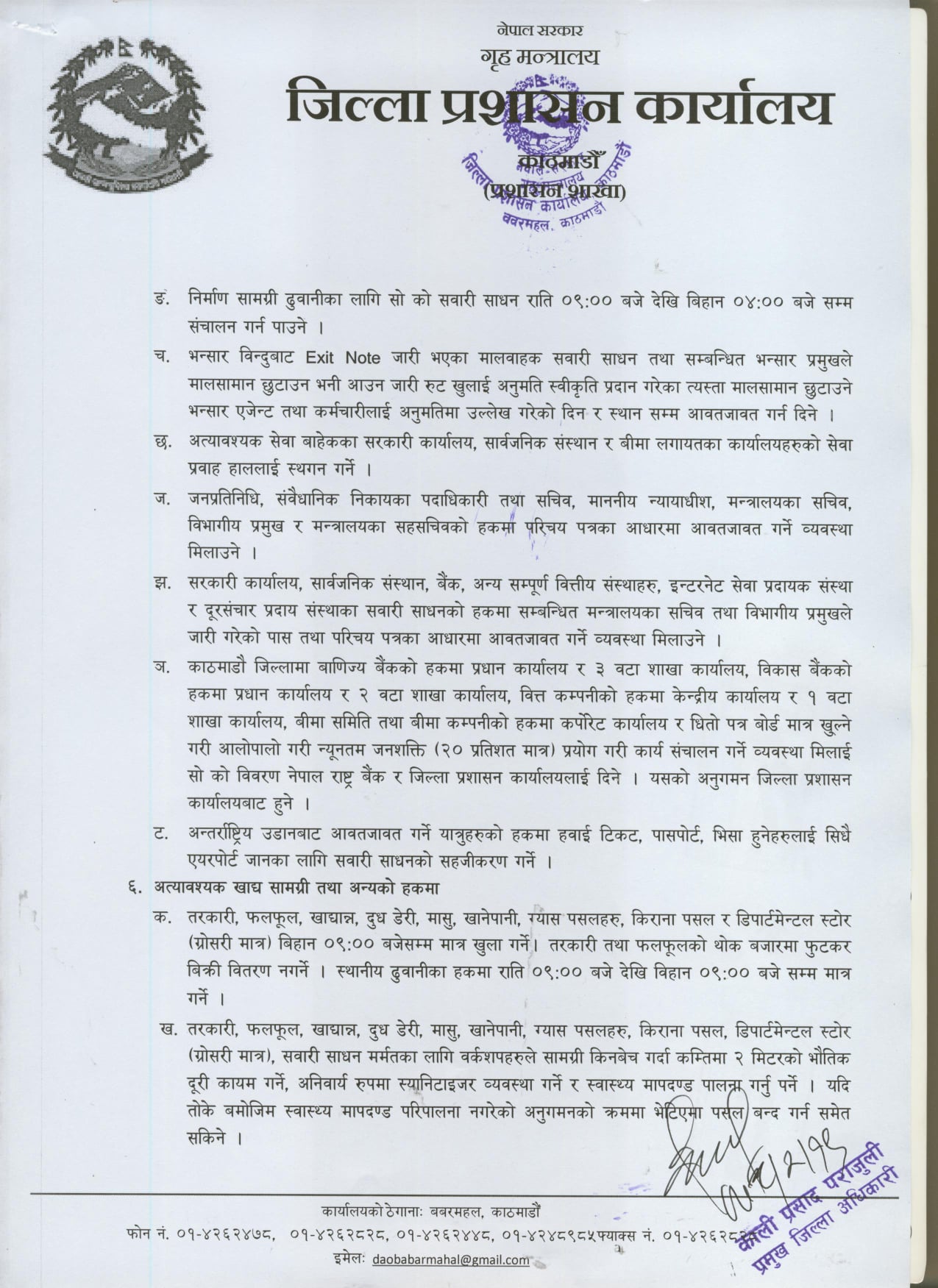 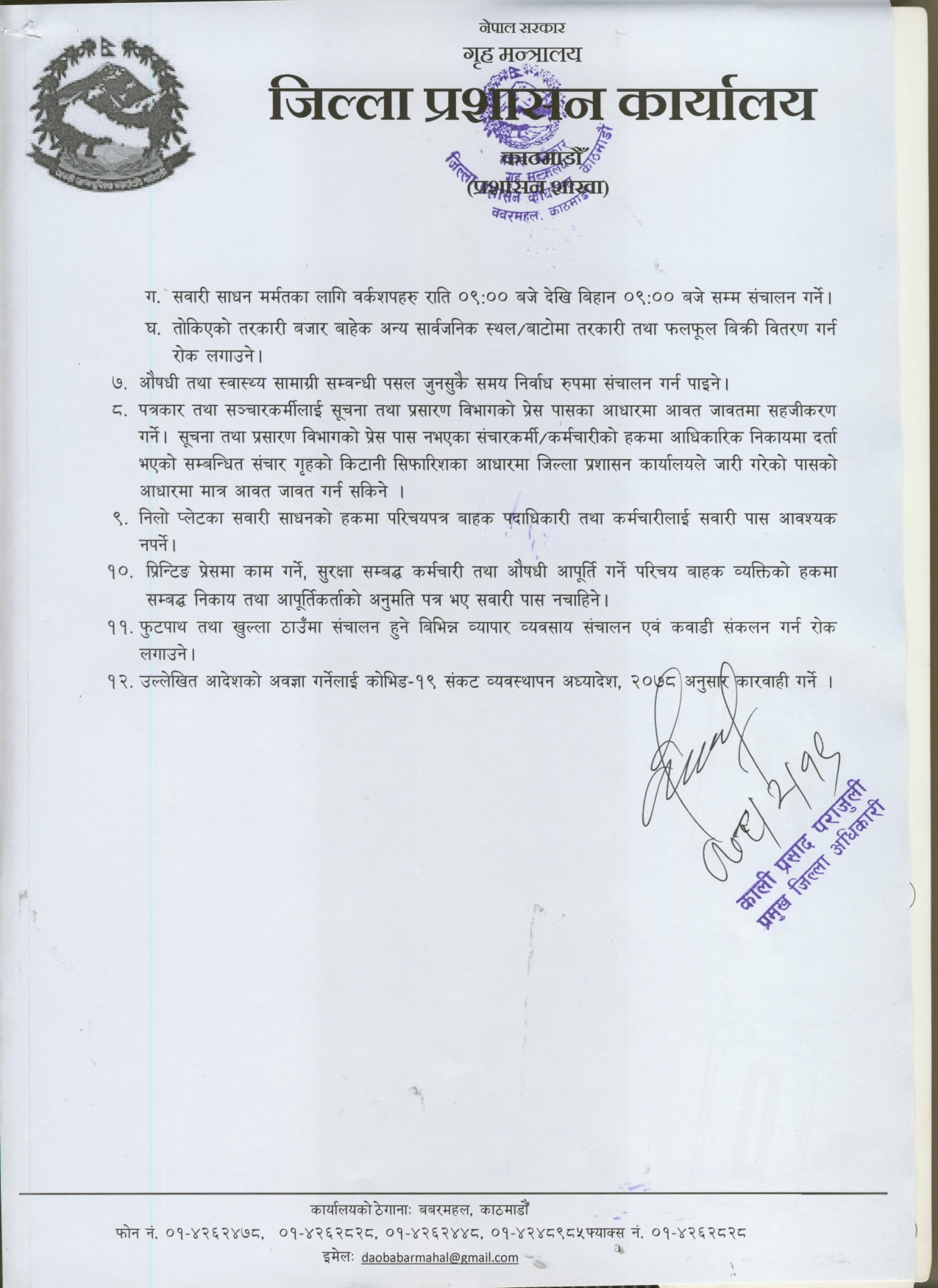