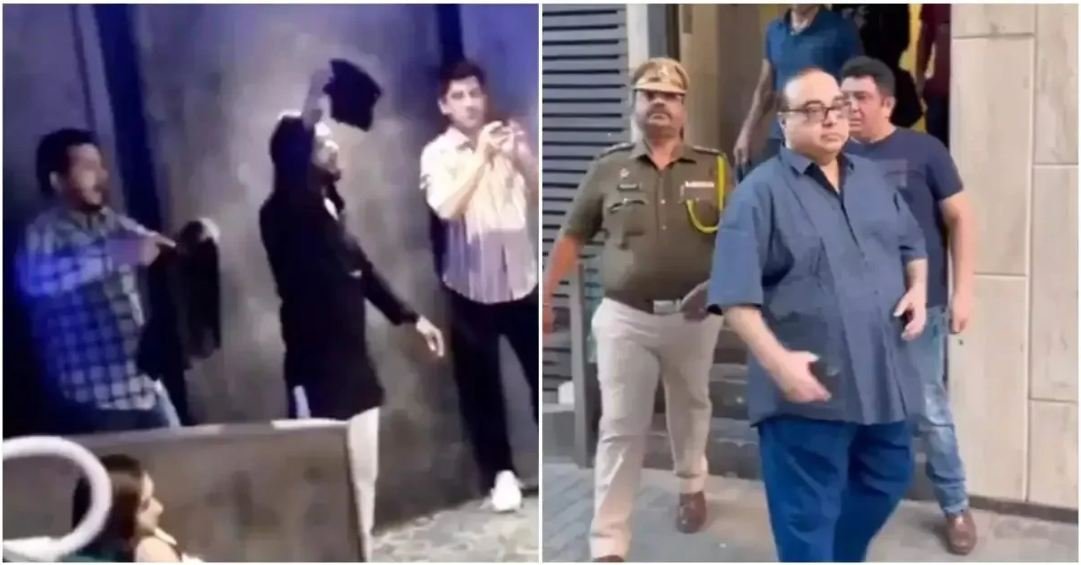 MUMBAI, Jan. 21: A ruckus broke out during the screening of the film 'Gandhi Godse Ek Yudh' in a theater in Mumbai. During the press conference regarding the screening, some unknown people protested the film. They showed black flags and raised slogans of 'Gandhi Zindabad'. They are protesting saying that Mahatma Gandhi has been insulted and his murderer Nathuram Godse has been glorified in the movie, which is totally unacceptable.
Some unseen footage and dialogues from the film were screened in a mini theater in Mumbai's Andheri area, which caused an uproar. The incident escalated to such an extent that the police immediately reached the spot and brought the situation under control. Director Rajkumar Santoshi, actor Deepak Antani and the film's co-producer Lalit Shyam Tekchandani were also present on the stage during this commotion.
Rajkumar Santoshi has said that this film was not made to humiliate anyone. He said that he did not make the film to glorify anyone and did not try to insult anyone. He said that he provided a stage to Gandhi and Nathuram Godse through the film.